Teoscar Hernández belted a pair of three-run homers over the Green Monster — two of Toronto’s eight longballs — and Marcus Semien extended his road hitting streak to 26 games as the Blue Jays pounded the Boston Red Sox 18-4 on Sunday.

Bichette had four of Toronto’s season-high 18 hits, and Guerrero, Hernández and Gurriel each had three. The Jays also reached a season high for runs. 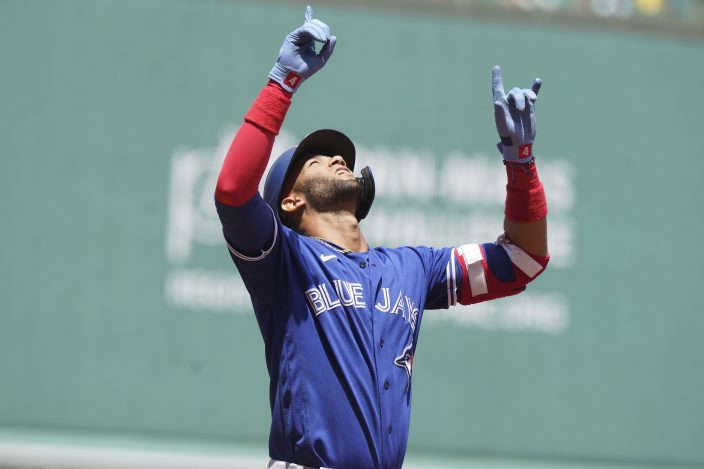 Toronto Blue Jays' Lourdes Gurriel Jr., celebrates his home run as he arrives at home plate in the first inning of a baseball game against the Boston Red Sox, Sunday, June 13, 2021, in Boston. (AP PhotoSteven Senne)

Semien’s club-record streak is the majors’ longest since Dexter Fowler hit safely in 27 straight road games for the Cubs from September 2015 to May 2016. 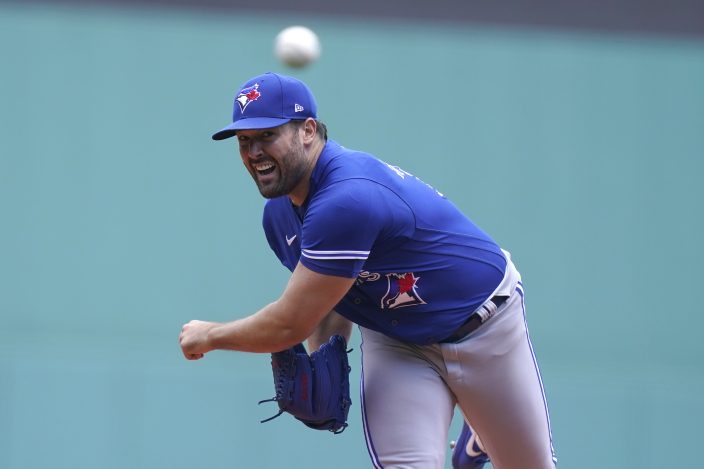 The Blue Jays grabbed a 4-0 lead in the first against Martín Pérez on Hernández’s three-run homer and a solo shot from Gurriel.

Semien’s drive into the batters’ eye in center made it 5-0 in the second, prompting loud boos from the Fenway Park crowd. Those quickly turned to mock cheers when Red Sox manager Alex Cora came out to pull Pérez after the next batter, Bichette, singled. 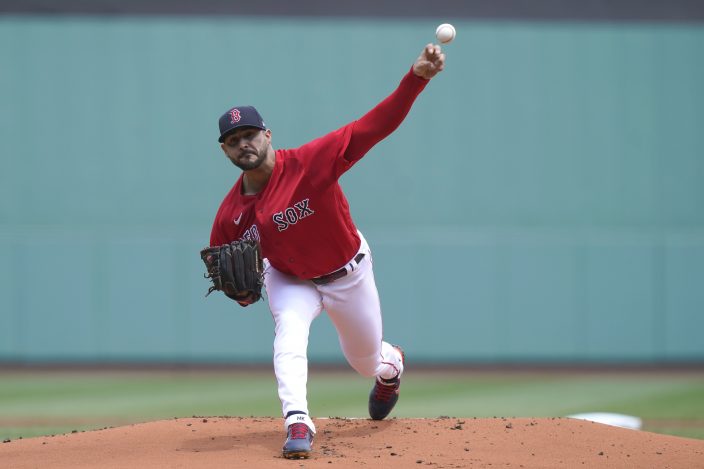 Toronto broke it open with four runs in the fourth and four more in the fifth, making it 13-1. Hernández hit his second three-run shot, a drive estimated at 440 feet that left Fenway in the fourth, after Guerrero’s RBI single.

In the fifth, Bichette’s three-run shot also left the park. 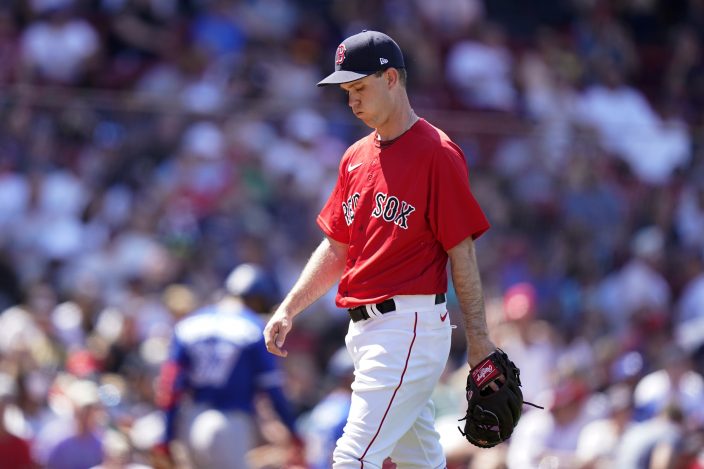 Boston Red Sox's Ryan Weber steps off the mound after giving up runs to the Toronto Blue Jays in the fourth inning of a baseball game, Sunday, June 13, 2021, in Boston. (AP PhotoSteven Senne)

In the last two games, Toronto has hit nine homers over the fabled left-field wall.

RHP Ryan Weber, recalled from Triple-A Worcester before the game, went 5 2/3 innings, allowing 11 runs on 11 hits and striking out seven.

Boston utility player Marwin Gonzalez worked a perfect eighth, bringing cheers from the crowd with most of his pitches in the mid-40 mph range.

Red Sox: Bogaerts was in the lineup after missing the last two games with a sore left knee. ... 3B Rafael Devers got the day off, with 1B Dalbec moving across the diamond.