Eugenio Suárez hit an early two-run homer and the surging Cincinnati Reds climbed back over .500 for the first time since April 21, beating the Colorado Rockies 6-2 Sunday.

The Reds have won 10 of their last 13, including three straight over the Rockies. It was the Reds' first sweep of Colorado in Cincinnati since 2006.

Tony Santillan, recalled from Triple-A Louisville on Saturday to make his major league debut while filling in for injured Sonny Gray, fell one out short of qualifying for the win. The 24-year-old right-hander allowed one run on five hits and four walks in 4 2-3 innings, striking out five. 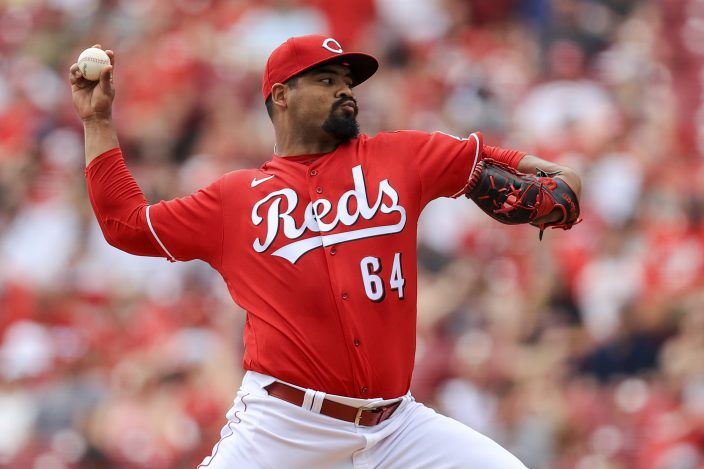 Santillan needed 97 pitches to get 14 outs, leaving with the bases loaded and rain falling. He also hit two batters.

Ryan Hendrix (3-1), the first of five Reds relievers, came in and struck out Dom Nuñez swinging on a ball in the dirt to get credit for the win.

The Rockies stranded 10 runners in the first five innings, twice leaving the bases loaded, on the way to their fourth straight loss and seventh in their last nine. 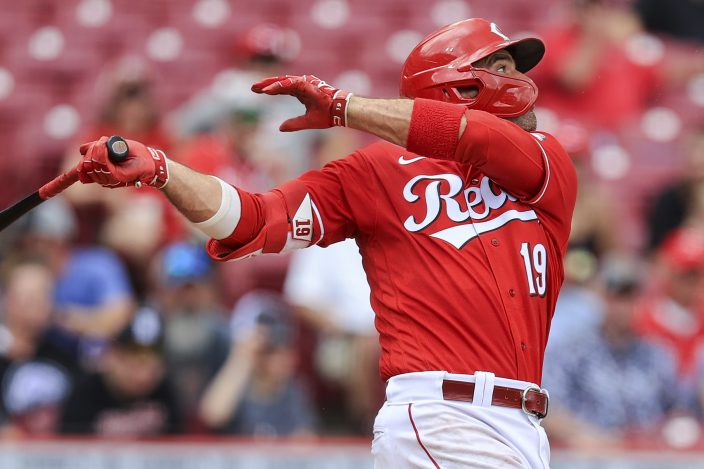 Cincinnati Reds' Joey Votto hits an RBI-single during the second inning of a baseball game against the Colorado Rockies in Cincinnati, Sunday, June 13, 2021. (AP PhotoAaron Doster)

Catcher Tucker Barnhart helped Santillan escape a second-inning jam, hustling around the plate umpire to make a sliding catch of pitcher Antonio Senzatela’s popped-up bunt near Colorado’s on-deck circle with runners on first and third and one out.

Suárez followed Joey Votto’s RBI single in the second with his 14th homer of the season, a drive that left fielder Raimel Tapia watched sail into the stands after just two steps.

Senzatela (2-7) lasted two batters into the seventh inning, leaving after Shogo Akiyama’s pinch-hit double off the right field wall put runners at second and third. Jesse Winker had a two-run double in the inning. 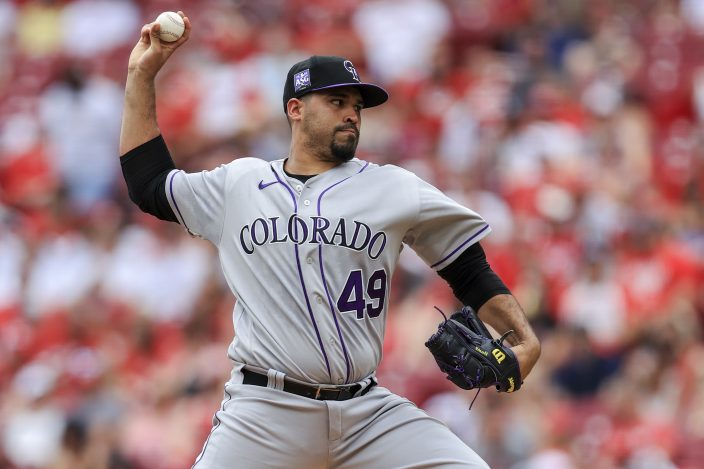 The Rockies needed just four pitches from Santillan to take a 1-0 lead. Tapia singled on the second pitch, Yonathan Daza hit the next pitch to right for a ground-rule double and Charlie Blackmon delivered a sacrifice fly on his first pitch.

Santillan regrouped to strike out Trevor Story looking and coax Ryan McMahon into an inning-ending flyout.

McMahon added his 15th homer in the seventh. 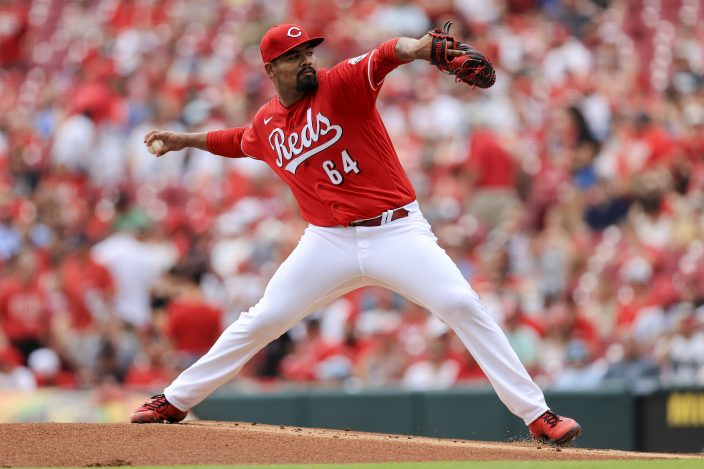 Rockies: Santillan hit both Daza and Story with pitches — Daza in the right biceps in the third and Story in the back of the upper left arm in the fifth. Both stayed in the game.

Reds: OF Aristides Aquino was activated from the 60-day IL after recovering from surgery to remove his left hamate bone. OF Nick Senzel (left knee inflammation, surgery) was transferred from the 10-day to the 60-day IL.