Carlos Rodón took a no-hitter into the seventh inning, and the Chicago White Sox completed a three-game sweep of the Detroit Tigers with a 4-1 win on Sunday.

Rodón (6-2) was going for his second no-hitter of the season. He took a perfect game into the ninth inning against the Cleveland Indians on April 14, hitting a batter with one out before finishing the no-no.

The Tigers didn’t come close to a hit until Eric Haase’s deep fly fell just past left fielder Andrew Vaughn’s glove for a double with one out in the seventh. 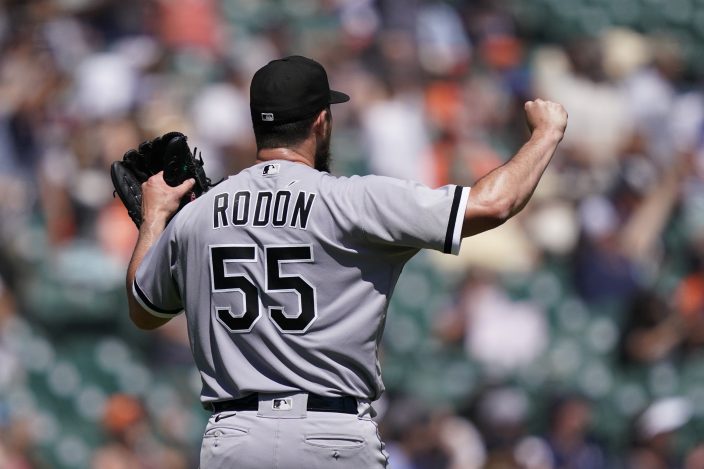 “I left a slider over the plate and he put a good swing on it,” Rodón said. “I thought Andrew had made the catch, and I think Haase did too, but he just missed it. Left field is huge here, and he couldn't have done anything else to get there.”

Rodón finished the inning, allowing one run on one hit and two walks while striking out nine. Evan Marshall and Liam Hendriks completed the one-hitter, with Hendriks getting his AL-leading 17th save.

The last visiting pitcher to throw a no-hitter at Detroit was the Angels' Nolan Ryan on July 15, 1973. 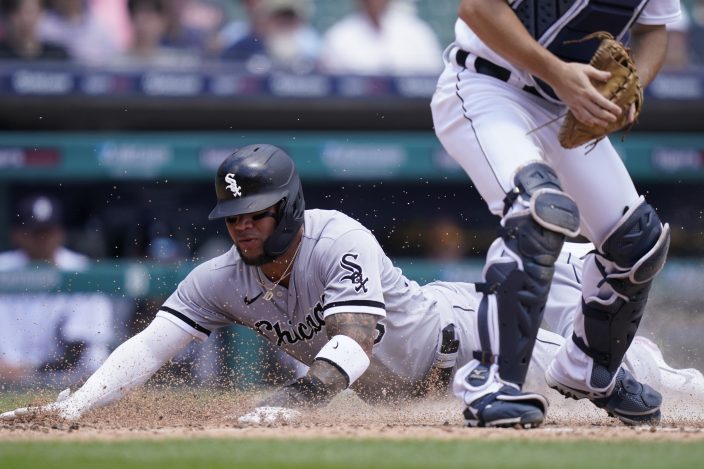 The Tigers used six pitchers on a bullpen day, one day after using catcher Jake Rogers and infielder Harold Castro to pitch the final two innings of a 15-2 loss.

The White Sox took a 1-0 lead in the fourth inning on Jose Abreu’s RBI single off Tyler Alexander (0-1), and Leury Garcia made it 2-0 in the fifth with a run-scoring double.

Buck Farmer, called up from Triple-A Toledo before the game, hit Danny Mendick with the bases loaded in the sixth, then walked Garcia to make it 4-0. 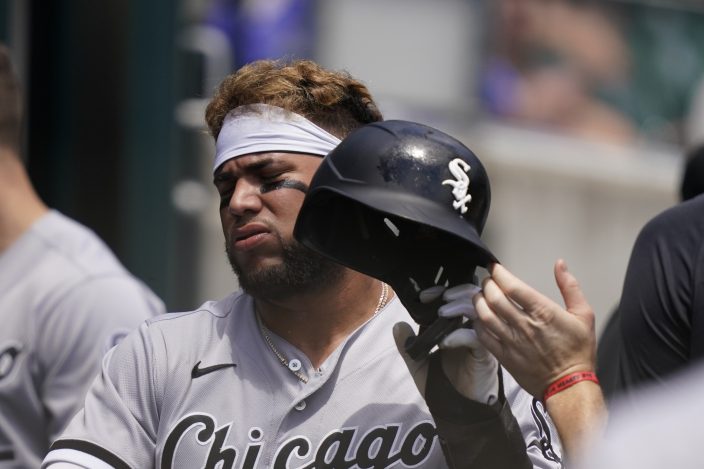 Chicago White Sox's Yoan Moncada walks into the dugout after scoring during the fourth inning of a baseball game against the Detroit Tigers, Sunday, June 13, 2021, in Detroit. (AP PhotoCarlos Osorio)

“We were hoping to get more than one inning from Buck, but he used up a lot of pitches getting out of his own jam,” Tigers manager A.J. Hinch said.

Haase took third on a wild pitch after his double and scored on Niko Goodrum's sacrifice fly.

“That was a tough spot, because we all know what was happening,” Haase said. “He was dominating and really grinding us down. Even my hit was more of a one-handed swing that just got past a glove.” 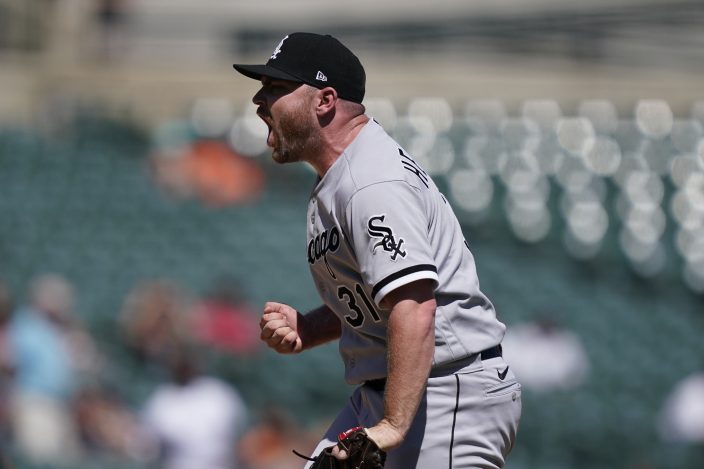 Chicago White Sox relief pitcher Liam Hendriks reacts after the last out during the ninth inning of a baseball game against the Detroit Tigers, Sunday, June 13, 2021, in Detroit. (AP PhotoCarlos Osorio)

Rodón and catcher Zack Collins thought they had struck out Hasse out on a 2-2 slider, but plate umpire Pat Hoberg called it a ball.

“Pat's one of the best umpires in the game,” Rodón said. “If he missed one, it means he's human. It just wasn't meant to be today.” 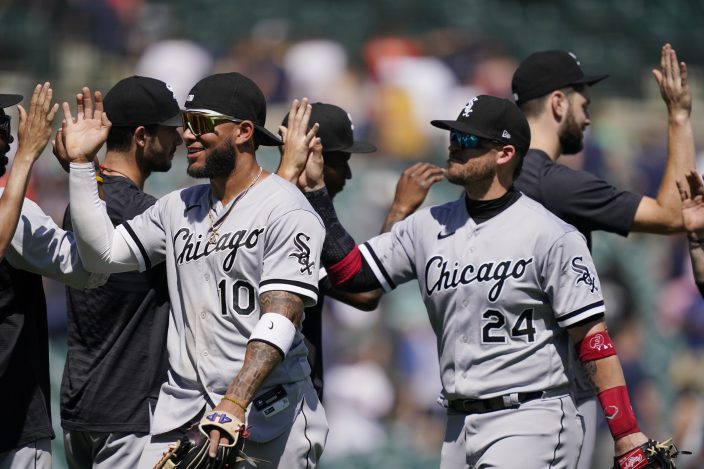 The Tigers selected Farmer from Triple-A Toledo to replace Beau Burrows, who was optioned after allowing four runs and vomiting on the mound in Saturday's lopsided loss.

Justin Verlander has the only no-hitter in Comerica Park's 22 seasons, blanking the Milwaukee Brewers on June 12, 2007 for the first of his three career no-hitters.

The stadium did host one of the most famous near-misses in baseball history. Armando Galarraga lost a perfect game against the Cleveland Indians on June 2, 2010, when first base umpire Jim Joyce incorrectly called Jason Donald safe with two outs in the ninth.

Hendriks has tantrum over rain, gives up tying homer