The Mariners, coming off a blown late lead and a 10-inning loss on Saturday, had to deal with more bad news two batters into the game when Haniger fouled a pitch off his left knee and had to be helped from the field.

The Mariners later said the injury was a bruise. Still, it's another setback for Seattle, which has used a major-league high 51 players this season. Haniger leads the team in homers and RBIs. 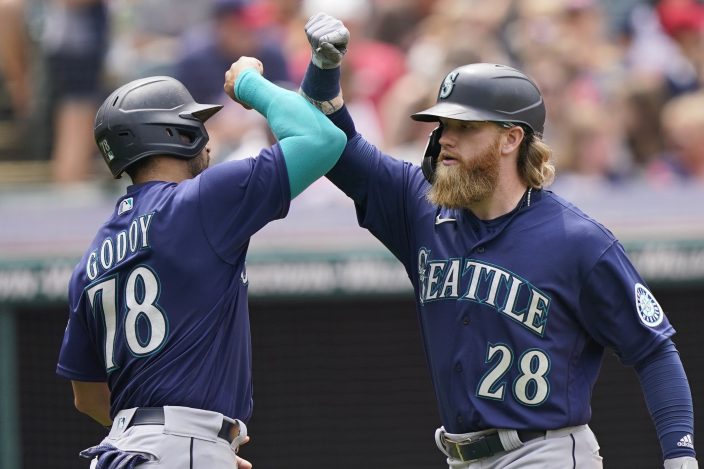 Fraley completed the at-bat with a strikeout and flied out in the second, but his two-run homer in the fourth pushed Seattle's lead to 5-0. Kyle Seager hit a solo homer in the third off Bieber, who gave up five runs in 5 2/3 innings.

Logan Gilbert (2-2) outpitched Cleveland's ace, allowing one run and four hits in 6 2/3 innings. The right-hander was removed after Harold Ramirez's two-out single in the seventh.

Bieber (7-4) gave up 10 hits, struck out eight and walked two. He retired the side in order only once and threw 107 pitches. 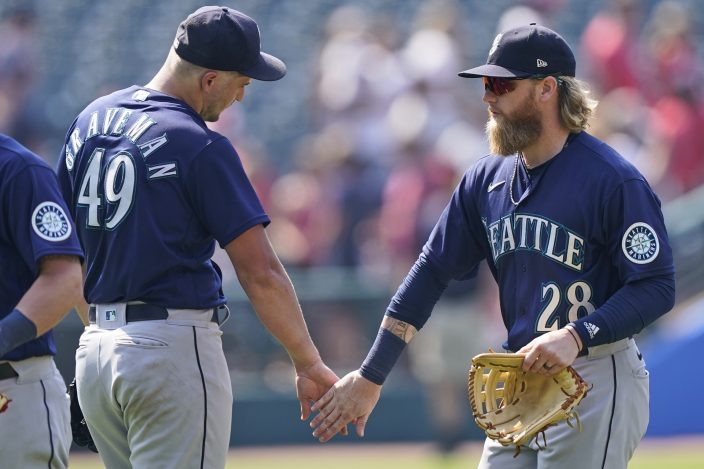 Mariners manager Scott Servais said Saturday's 5-4 loss — in which closer Rafael Montero couldn't hold a 4-1 lead after retiring the first two batters in the ninth — left a sour taste in his mouth. Gilbert's strong outing and the home runs were much sweeter.

José Godoy and J.P. Crawford had run-scoring singles in the second for Seattle, which went 4-6 on an 11-day trip. Crawford and Seager each had three hits while Jake Bauers, acquired from Cleveland on Thursday, had two hits and an RBI.

Amed Rosario had an RBI single in the sixth for Cleveland. The Indians loaded the bases with two outs in the ninth off Kendall Graveman and scored a run on a wild pitch, but Josh Naylor lined to Fraley in left field to end the game. 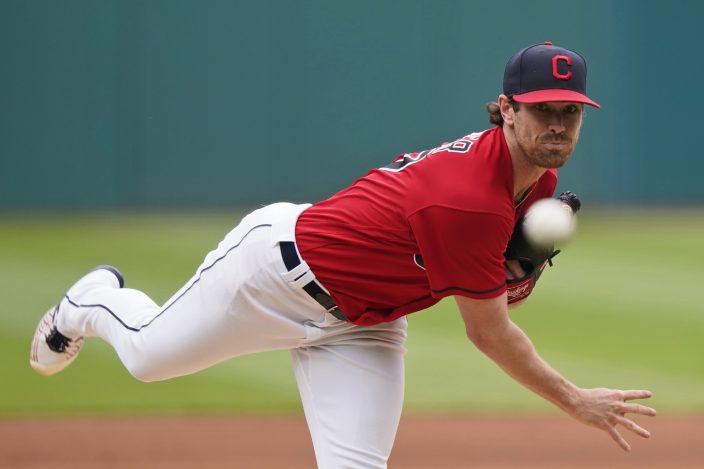 Graveman was making his second appearance since being activated after a COVID-19 scare.

Haniger, who has 16 home runs and 40 RBIs, was struck squarely on the knee by the foul ball and went to the ground immediately. He slowly got to his feet and was assisted off the field by Servais and a trainer. 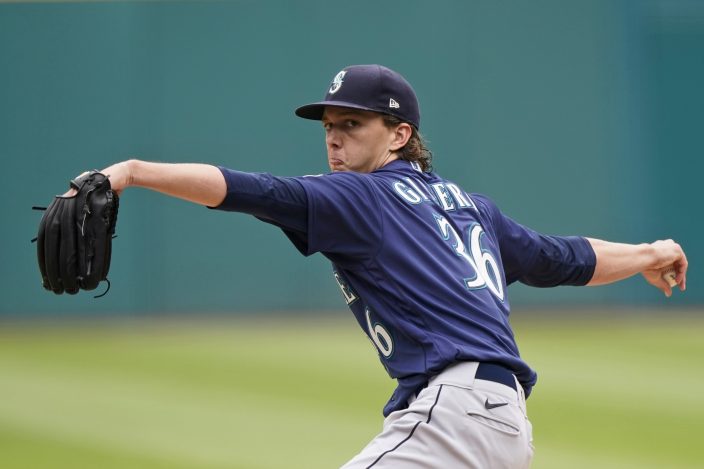 Indians: OF Jordan Luplow is still bothered by a sprained left ankle, ending his rehab assignment at Triple-A Columbus. President of baseball operations Chris Antonetti said Luplow will be rechecked by doctors and could get another opinion. Luplow has been on the injured list since May 28.

Mariners: LHP Marco Gonzales (1-4, 5.45 ERA) will start the opener of a three-game home series against Minnesota on Monday night.

Indians: RHP J.C. Mejia (1-1, 4.15) will pitch the opener on Monday night as Cleveland welcomes Baltimore for a four-game series.