Aaron Nola allowed three hits and struck out nine, leading Philadelphia over the New York Yankees 7-0 Sunday for a two-game sweep that moved the Phillies back over .500.

Odubel Herrera, Jean Segura and J.T. Realmuto combined to go 7 for 13 with a double, a triple, four runs scored and five RBIs. Philadelphia has won four straight games and three straight series, giving the Phillies a winning record for the first time since they were 22-21 before play on May 20.

Domingo Germán (4-4) fell behind 4-0 by the second inning, a day after Jameson Taillon trailed 4-0 in the first. 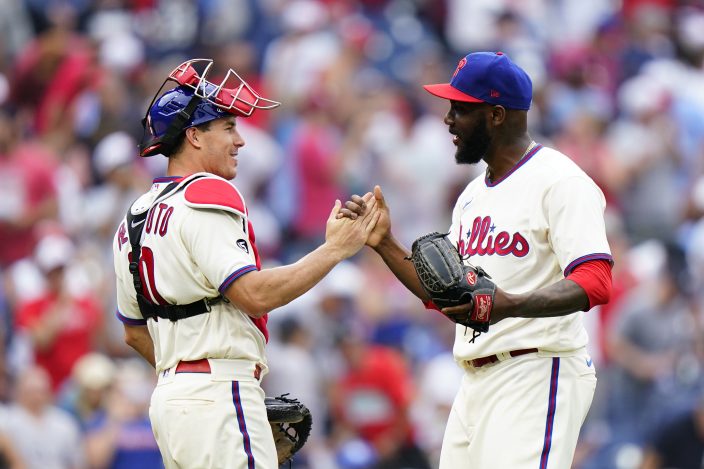 The Yankees grounded into their 64th double play — they started the day tied with Houston for the major league lead. Rougned Odor was caught off second base on Gleyber Torres' seventh-inning grounder to shortstop, the Yankees 31st runner out on the bases this season. No other team started the day with more than 23.

Nola (5-4) had been 1-3 with a 5.68 and .299 opponents' batting average in his previous six starts. He allowed two singles to DJ LeMahieu and a double to Odor, and he walked one, throwing 103 pitches. 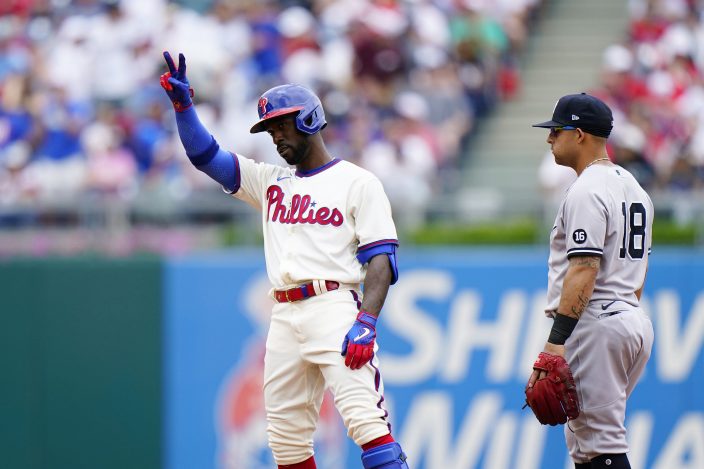 The Yankees were shut out for the third time this season, and the Phillies pitched their fifth shutout. 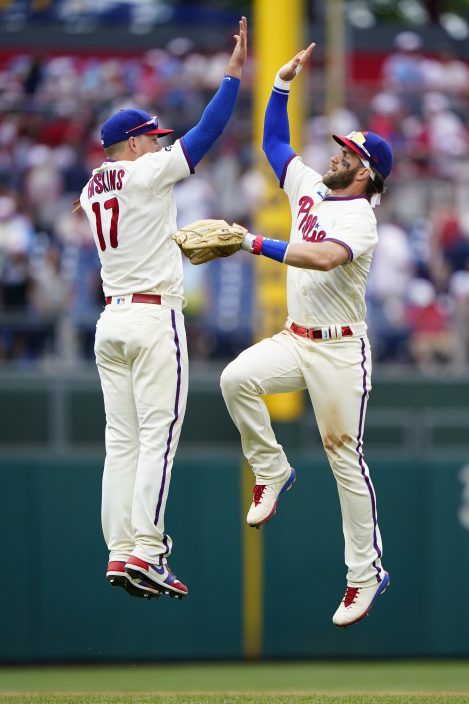 Germán allowed seven runs and 10 hits in 4 1/3 innings. The Phillies went 4 for 7 with two doubles against his curveball.

Segura had three hits and became the first Phillies player since 1953 with three or more hits and two or more RBIs in three straight games. He is hitting .424 with seven RBIs in June, raising his average to .339 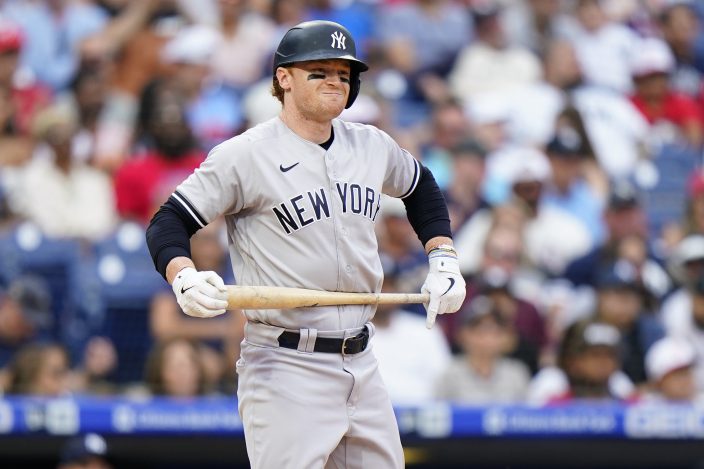 Realmuto singled in the opening run in the first, and Herrera's RBI double and Segura's two-run single built the 4-0 lead. 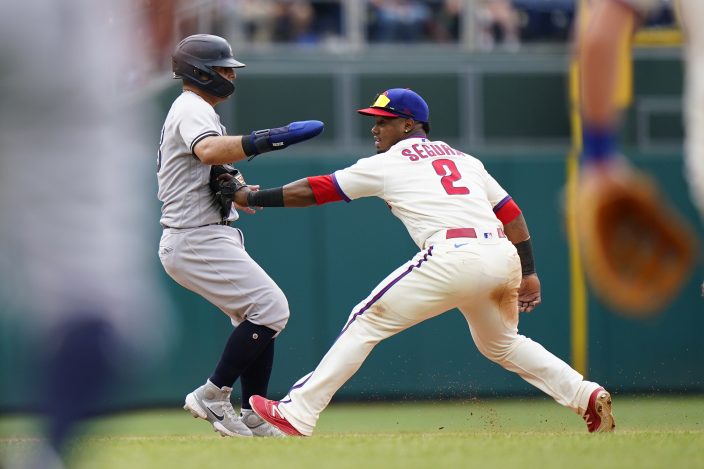 New York Yankees' Rougned Odor, left, is tagged out by Philadelphia Phillies second baseman Jean Segura after getting caught in a rundown on a fielder's choice by Gio Urshela during the seventh inning of a baseball game, Sunday, June 13, 2021, in Philadelphia. (AP PhotoMatt Slocum)

Yankees: Judge experiencing back spasms while going 1 for 5 Saturday. ... Boone said he had not received the results of the MRI on the right groin RHP Luis Severino injured Saturday while pitching for High-A Hudson Valley. ... INF Luke Voit (left oblique strain) began a rehab assignment with Triple-A Scranton/Wilkes Barre and went 1 for 3 with a double off Buffalo's Anthony Kay.

Phillies: SS Didi Gregorius was not in the lineup for Triple-A Lehigh Valley after making rehab appearances since Wednesday in an attempt to return from a month absence with an elbow injury.