Avisaíl García hit a two-run homer, Christian Yelich added a pinch-hit sacrifice fly on his bobblehead day and the Milwaukee Brewers completed a three-game sweep of the Pittsburgh Pirates with a 5-2 win on Sunday.

Despite getting outhit 10-5, Milwaukee won for the 14th time in 16 games, including seven in a row at home.

The Pirates have lost seven straight. They were swept in back-to-back series after losing three at home against the Dodgers before heading to Milwaukee. 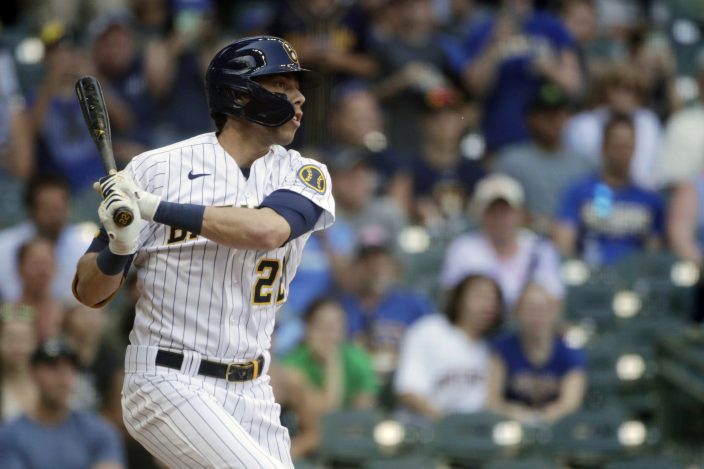 Brent Suter (8-3) picked up the win, getting the final out in the sixth. Brad Boxberger handled the seventh, Devin Williams the eighth and Josh Hader struck out the side in the ninth for his 17th save in as many chances.

Crowe allowed a leadoff single to Luis Urías and an RBI double by Daniel Vogelbach in the first, then retired the next 15 batters, striking out a career-high eight, before walking Tim Lopes to start the sixth. 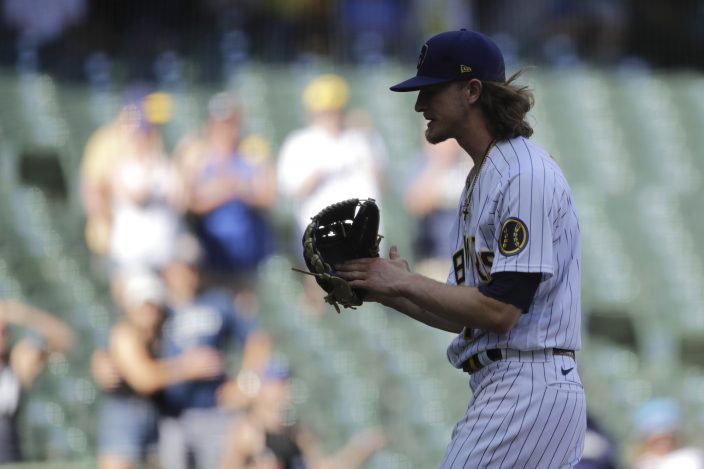 Milwaukee Brewers' Josh Hader claps after recording a save during the ninth inning of a baseball game against the Pittsburgh Pirates, Sunday, June 13, 2021, in Milwaukee. (AP PhotoAaron Gash)

Pittsburgh turned to David Bednar (0-1) to protect the 2-1 led and Urías hit a run-scoring triple to tie it at 2. García then drove the first pitch just over the right-field wall for his 13th home run of the season.

Jacob Stallings chased Milwaukee starter Adrian Houser with his fifth homer, a two-out shot that landed in the Brewers bullpen in left. 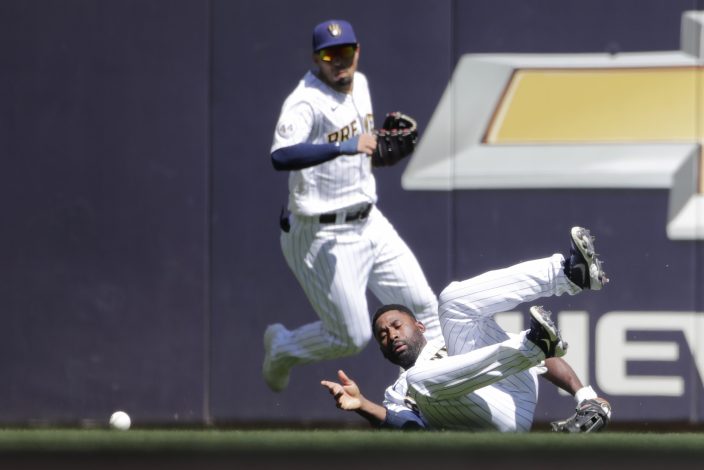 Milwaukee Brewers' Jackie Bradley Jr., right, is unable to make a diving catch during the sixth inning of a baseball game against the Pittsburgh Pirates, Sunday, June 13, 2021, in Milwaukee. (AP PhotoAaron Gash)

Pirates: Phillip Evans replaced 1B Colin Moran before the Brewers batted in the second. Moran has low back tightness and is day-to-day.

Brewers: Yelich almost a scheduled game off. The Brewers remain cautious after his two stints on the 10-day injured list (lower back strain) already this season. 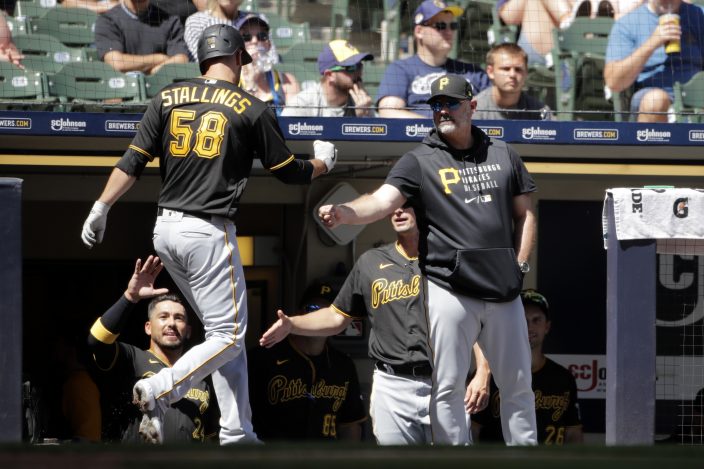 Pittsburgh Pirates' Jacob Stallings (58) is congratulated in the dugout after hitting a solo home run during the sixth inning of a baseball game against the Milwaukee Brewers, Sunday, June 13, 2021, in Milwaukee. (AP PhotoAaron Gash)

Brewers bench coach Pat Murphy subbed for manager Craig Counsell, who attended son Brady's high school graduation. “I think it’s a great gesture on his part to be with his family first,” Murphy said. “That’s what the organization stands for.” 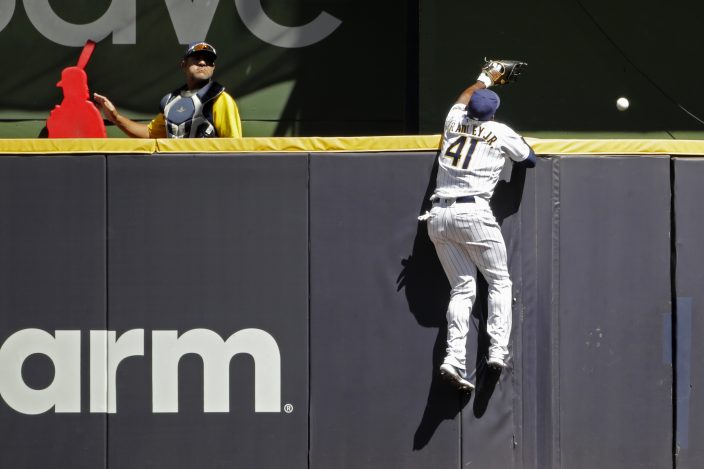 Milwaukee Brewers' Jackie Bradley Jr. is unable to make a catch at the wall on a solo home run hit by Pittsburgh Pirates' Jacob Stallings during the sixth inning of a baseball game Sunday, June 13, 2021, in Milwaukee. (AP PhotoAaron Gash)