Growing up in Quebec, Marc-Andre Fleury has such respect for the Canadiens’ rich history, the Golden Knights goalie uses the formal, “mister,” when referencing Montreal’s notable stars.

Such was the case Saturday upon being informed the the team invited former Montreal forward and GM Bob Gainey to address the Canadiens in preparation of their Stanley Cup semifinal series, which opens at Vegas on Monday.

“They have such a huge history behind that team. They’ve won many times before. It’s nice for them to have guys like Mr. Gainey coming back and talking to them,” Fleury said of the Canadiens' five-time Cup winner. 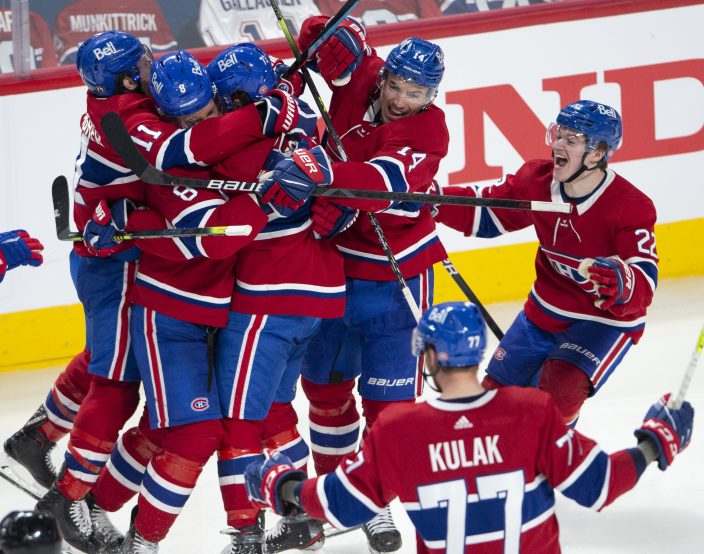 “But I don’t know, the game is still played on the ice. It doesn’t matter if you have 24 Cups,” he added. “I think you’ve got to be able to play in the moment.”

The Canadiens, founded in 1909, might predate Las Vegas’ incorporation as a city by two years, and yet history only gets you so far in a series the Golden Knights are considered heavy favorites.

Vegas makes its third semifinals appearance in its fourth year of existence. The team finished the regular season with 16 more wins and 23 more points than Montreal. Following a seven-game first-round victory over Minnesota, the Golden Knights overcame a 2-0 series deficit to win four straight against President’s Trophy-winning Colorado. 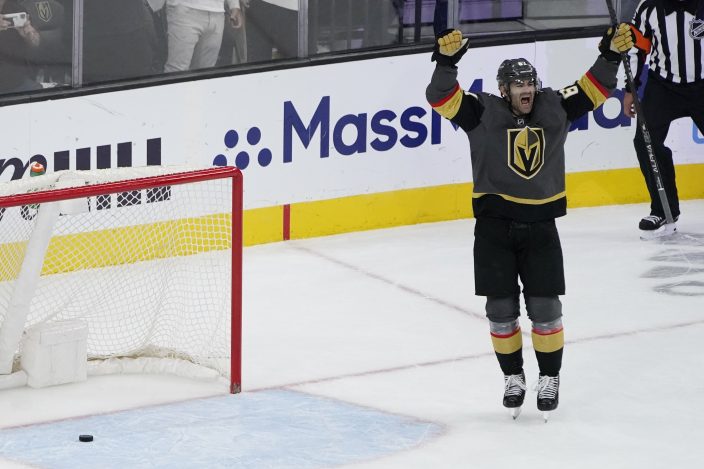 The Canadiens, whose 24-21-11 record was the worst among the 16 playoff qualifiers, are accustomed to being overlooked and proudly embrace being underdogs.

“We believe in ourselves," interim coach Dominique Ducharme said. "Not too many people did starting the playoffs. We don’t care if it changes or not.”

Montreal's confidence stems from the puck-smothering play of goalie Carey Price, who has allowed 12 goals during a seven-game winning streak which began after the Canadiens fell behind 3-1 in their first-round series to Toronto. Montreal, coming off a four-game sweep of Winnipeg, hasn't trailed in a span of 437 minutes and 53 seconds, the NHL"s second-longest playoff run, and 50:45 short of the record Montreal set in 1960. 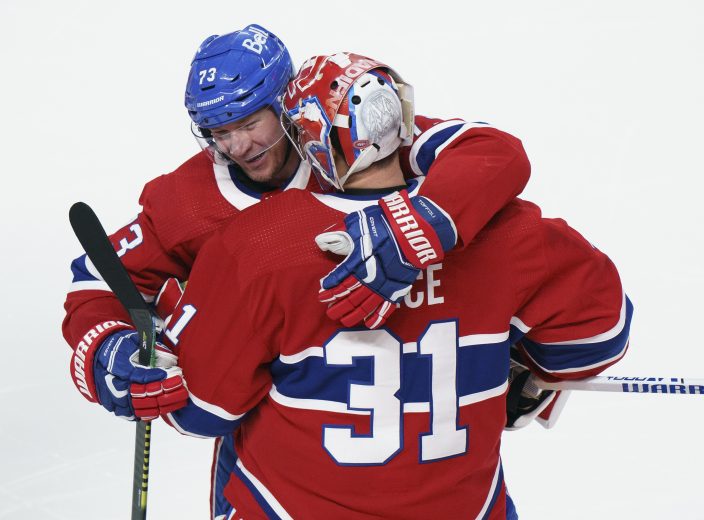 “There’s no doubt in my mind that every single player in this league knows that Carey Price is the best goalie in the league,” forward Paul Byron said. “At any point he can steal a game.”

“You’re foolish if you look at their record and make a judgement on them,” Vegas coach Peter DeBoer said. “The last seven games they’ve been lights out.” 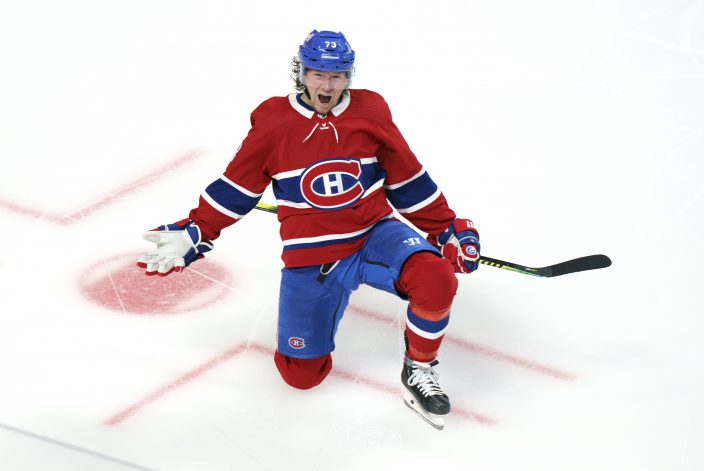 Pacioretty played down the significance, saying it makes no difference who the Golden Knights face. And yet, he took exception to a question about life being easier in Las Vegas as compared to the spotlight of playing in the hockey hotbed of Montreal.

“I’m very happy about how I performed while I was there. And the same thing with my game here," Pacioretty said. "It makes no difference whether you’re under the microscope or not.” 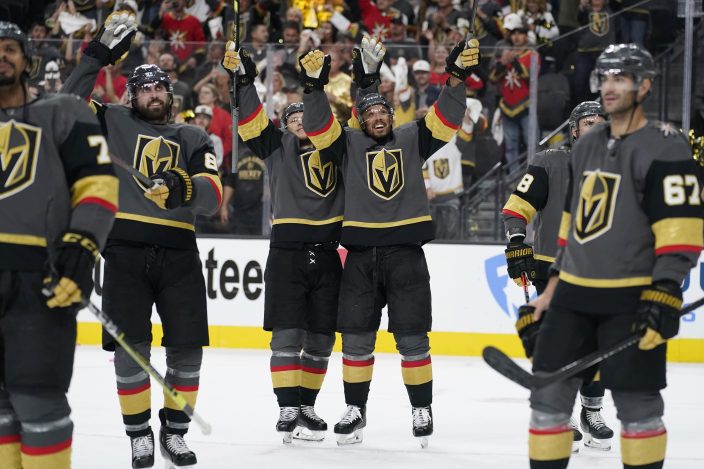 The eight-time 20-goal-scorer was knocked in in Montreal for his production falling off in the postseason. Pacioretty had 10 goals and 19 points in 38 postseason games with the Canadiens. He already has 14 goals and 27 points in 30 playoff games with Vegas, including three game-winners this year.

Both teams feature balanced four-line attacks, with the the Golden Knights placing an emphasis on transition and speed, and the Canadiens featuring more of a puck-control and defensive style.

Montreal faces the added pressure of being Canada’s final playoff representative, and the attention that comes with the nation’s Stanley Cup drought. A Canadian team hasn’t won since Montreal in 1993, when the Canadiens set a playoff record by winning 10 games in overtime. This year’s team is 3-0 in OT.

“If we can have seven more, we will be in pretty good position,” said Ducharme, who was 20 when the Canadiens last won. “You look back at those guys, it’s special. But, yeah, there’s something special in our group. Now can we write our own story?”

Canadiens forward Nick Suzuki had yet to play an NHL game with Vegas when he was dealt to Montreal as part of the Pacioretty trade in September 2018. He was selected 13th overall by the Golden Knights in their first NHL draft.

“I think it worked out for both teams,” said the 21-year-old, who is tied for the team lead with four playoff goals. “I just wanted to show that Montreal made the right decision in bringing me over, and I wanted to do everything I can for this franchise.”

Golden Knights F Tomas Nosek, sidelined since sustaining an undisclosed injury in Game 2 in the first round, practiced Sunday is considered a game-time decision.

Canadiens D Jeff Petry, who hurt his left hand in Game 3 against Winnipeg, could be cleared to practice with team as early as Monday. C Jake Evans (concussion) and D Jon Merrill (undisclosed) traveled with the team, but are not expected to play Monday.

Vegas defenseman Alec Martinez is not a big fan of the “Warrior” nickname he’s picked up for his fearless shot-blocking ability.

“I hate it,” Martinez said of the nickname that stuck following a comment by Coach DeBoer. “But if it brings the guys together and they get a good laugh, then so be it.”

The teams have met six times, with Montreal owning a 5-1 edge overall, and 3-0 at home, including a 5-4 shootout victory in their last meeting, Jan. 18, 2020. ... Vegas has 16 players who have scored at least one goal this postseason, while the Canadiens have 12. ... Montreal is 7-1 when scoring first, while Vegas is 5-4 when allowing the first goal.