Zach Davies tossed two-hit ball into the seventh inning to outduel Carlos Martinez, and the Chicago Cubs beat the St. Louis Cardinals 2-0 on Sunday night to complete a three-game sweep.

The Cubs have won five straight and 15 of 20 to remain in a tie with the Milwaukee Brewers atop the NL Central. Chicago kept up its success at Wrigley Field, where it's won six in a row and nine of 10.

The teams combined for only six hits, four by the Cubs. Anthony Rizzo went 1 for 4 and recorded the game's only RBI. 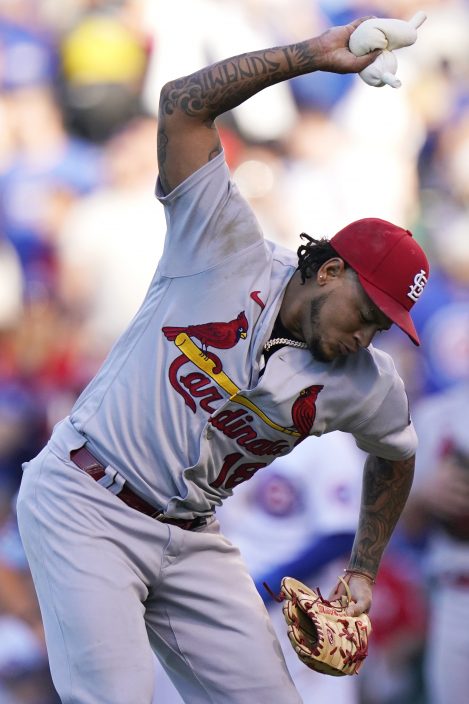 Davies (4-3) struck out six and walked two in 6 2/3 innings to win his second straight start.

The right-hander retired the first 13 batters he faced before Tyler O'Neill singled off the glove of third baseman Patrick Wisdom. O'Neill tried for a double when the ball rolled into foul territory, but Wisdom recovered to throw him out. 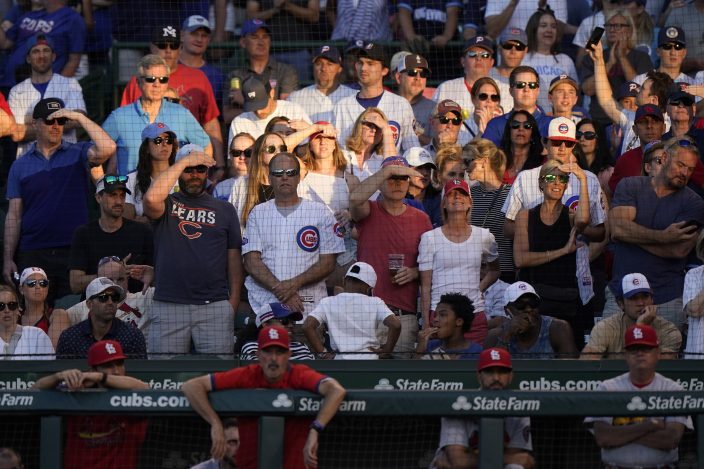 Fans watch a baseball game between the St. Louis Cardinals and the Chicago Cubs during the seventh inning in Chicago, Sunday, June 13, 2021. (AP PhotoNam Y. Huh)

The Cardinals' only threat against Davies came in the seventh. Dylan Carlson led off with a double, but Davies responded by getting sluggers Paul Goldschmidt and Nolan Arenado to ground out. Davies was pulled after walking O'Neill to put runners on first and second.

Ryan Tepera came on to get Yadier Molina to ground into a force play for the final out of the inning.

Tepera also worked a scoreless eighth and Craig Kimbrel struck out three in the ninth, working around a one-out walk, for his 18th save in 20 chances. 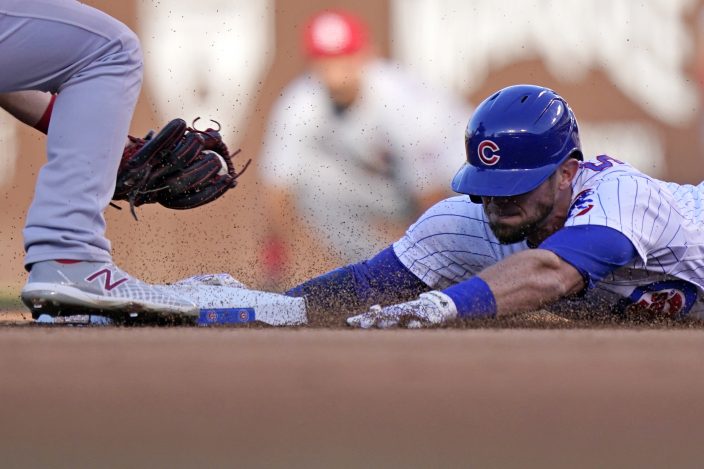 Martinez (3-7) allowed two unearned runs on four hits in seven innings to drop his third straight start. It was a dramatic turnaround from his previous two starts when the right-hander gave up a combined 15 runs in 4 2/3 innings, including 10 runs while getting just two outs on June 2 against the Los Angeles Dodgers.

The Cubs scored twice in the third. Eric Sogard led off with a double, advanced to third on a groundout and scored when shortstop Paul DeJong misplayed a grounder by Joc Pederson for an error with two out. Two batters later, Pederson scored on a single by Rizzo. 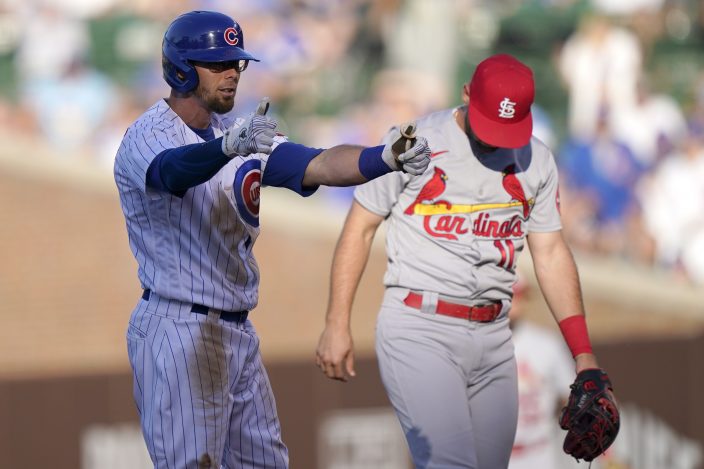 Cardinals: LHP Kwang Hyun Kim (lower back tightness) threw a bullpen session before the game and gave a thumbs-up to reporters as he exited the field. If there are no complications, Kim could start Tuesday night against Miami ... OF Justin Williams (neck stiffness) went 2 for 5 with an RBI and a run scored in two rehab appearances over the weekend for Triple-A Memphis. He is eligible to be activated from the 10-day injured list on Monday.

Cubs: SS Javier Báez was scratched from the original lineup because of a sore right thumb. He missed three games last week in San Diego because of the same thumb and seemed to aggravate it Saturday night after diving into the stands trying to catch a foul ball. He received treatment on Sunday. “We don't want this to linger,” manager David Ross said. 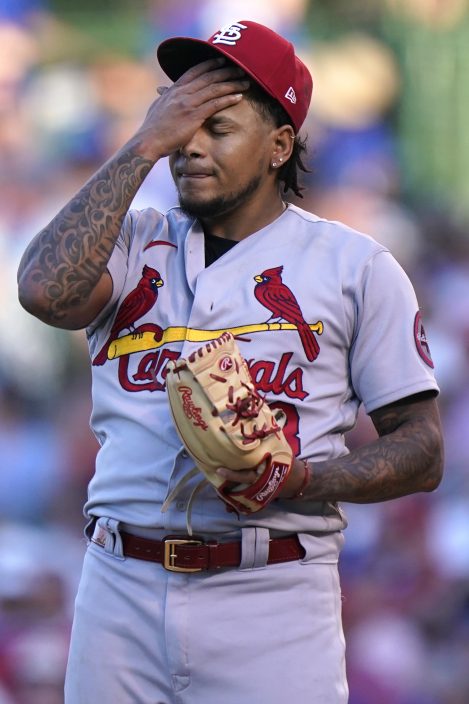 St. Louis Cardinals starting pitcher Carlos Martinez reacts as he wipes his face during the third inning of a baseball game against the Chicago Cubs in Chicago, Sunday, June 13, 2021. (AP PhotoNam Y. Huh) 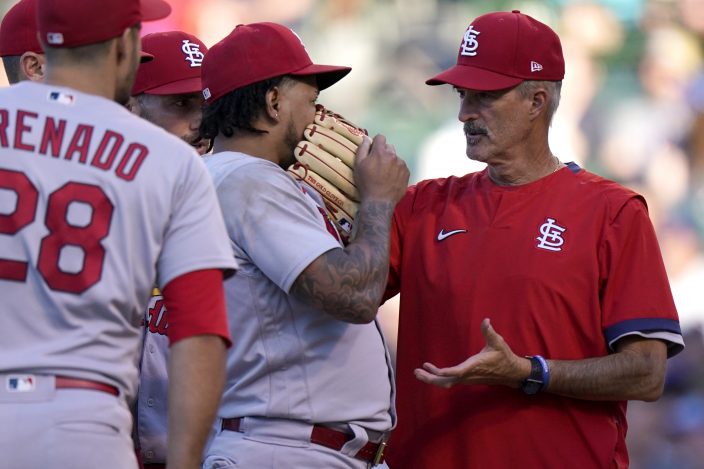