Wasabi could be the flavor of the year at the Westminster Kennel Club dog show. Or it might have a taste for Bourbon.

Dogdom heavyweights Bourbon the whippet, Wasabi the Pekingese and Striker the Samoyed are among finalists for Sunday's best in show title, and they have plenty of competition: a French bulldog named Mathew, an old English sheepdog called Connor, a German shorthaired pointer named Jade, and a West Highland white terrier known as Boy.

“It’s always exciting every time, and you’re always hopeful,” said Wasabi’s handler and breeder, David Fitzpatrick, who guided the Peke’s grandfather Malachy to the Westminster title in 2012. “It’s an honor to be at Westminster.” 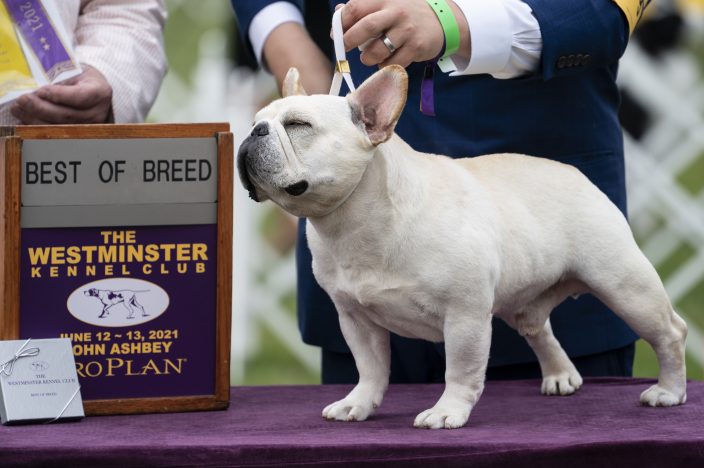 Both Wasabi and Bourbon have won another big show, the American Kennel Club National Championship, and Bourbon was Westminster's runner-up last year. Striker went into Westminster as the top-ranked dog in the U.S.

Meanwhile, Bourbon jockeys for bragging rights with Mathew on a daily basis — the two dogs live together, since their handlers are married to each other. Jade is the daughter of a Westminster winner, Wasabi is a grandson of another and Connor is the son of a runner-up.

Striker has racked up more than 40 best in show wins since January 2020. Handler Laura King credits his success to being "every bit the breed.” 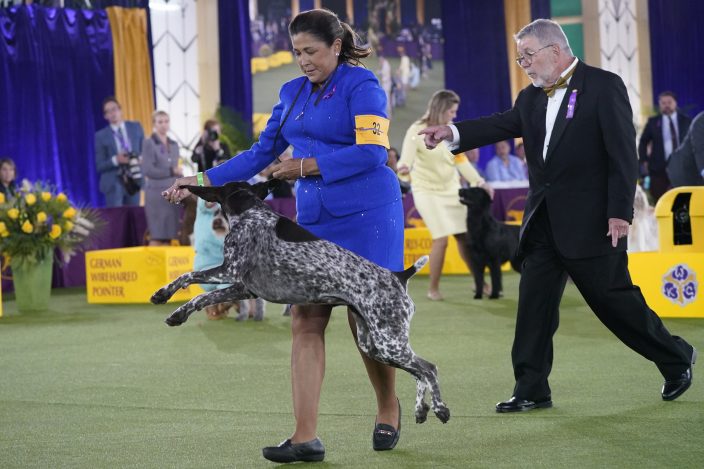 The show was bittersweet for Jade’s handler and co-owner, Valerie Nunes-Atkinson. She guided Jade’s father, CJ, to a 2016 Westminster best in show win — and lost him last September, when the 7-year-old died unexpectedly of a fungal infection.

“The good part about it is: He’s left an incredible legacy,” said Nunes-Atkinson, of Temecula, California. She said Jade “had my heart” from birth. 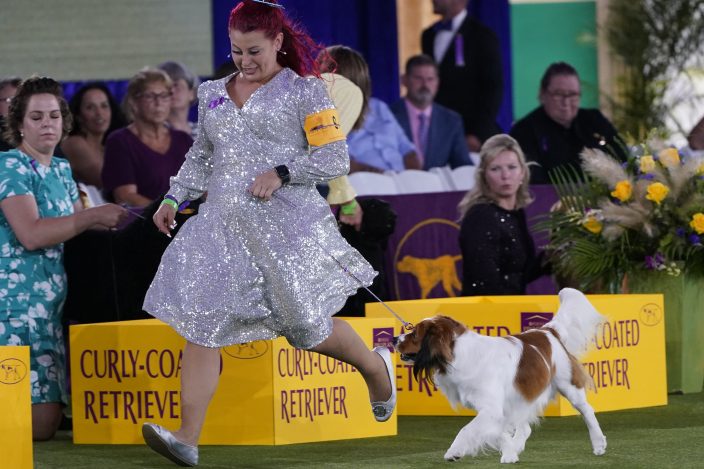 CORRECTS TO SPORTING GROUP -The handler of a Nederlandse Kooijerhonde runs her dog for judges in the sporting group category at the Westminster Kennel Club dog show, Sunday, June 13, 2021, in Tarrytown, N.Y. (AP PhotoKathy Willens)

Boy had come a long way to Westminster — all the way from Thailand, where one of his owners was watching from Bangkok, according to handler Rebecca Cross.

“He always makes us laugh,” said Cross, of Gettysburg, Pennsylvania.

For many dog owners, just making it to Westminster is a thrill — even for baseball's all-time home run leader, Barry Bonds, who was cheering on a miniature schnauzer he owns with sister Cheryl Dugan. 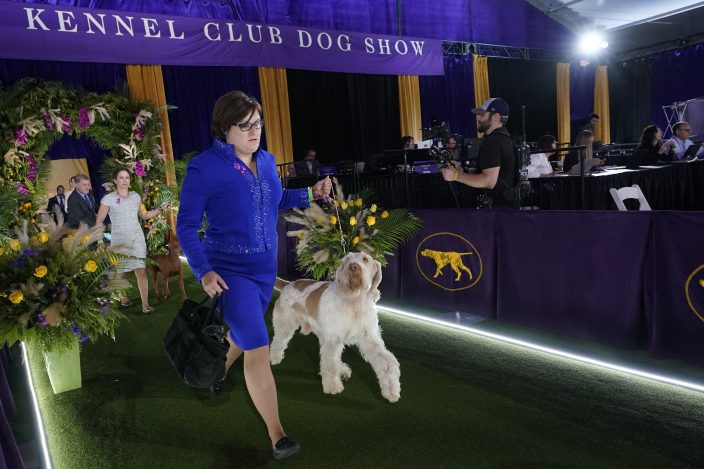 The dog, Rocky, didn't win his breed, but the slugger said he was proud of Rocky simply for qualifying for the champions-only show.

“We won because we got here. That’s all that matters," Bonds told Fox Sports. “I’ve been to a lot of playoffs, and I’ve been to the World Series, and I’ve never won. But for 22 years, I kept trying.”

The 56-year-old Bonds holds baseball’s career home run record with 762, though his feat was clouded by allegations of steroid use — he denied knowingly taking them. 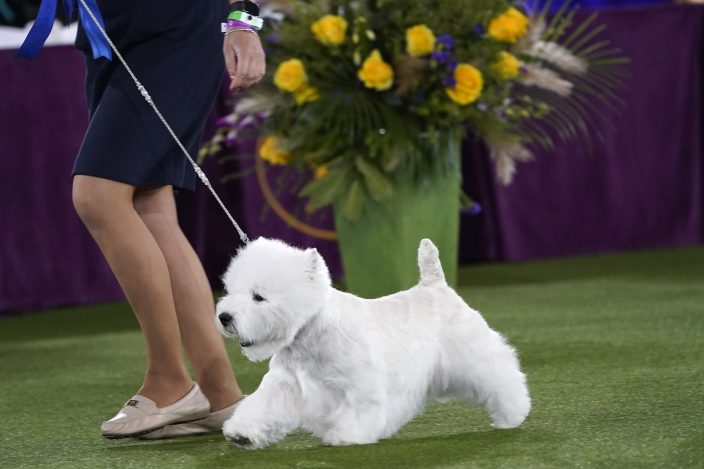 Olga Contant made a fist-pumping leap into the air Sunday afternoon as a judge chose Hugo — a bullmastiff she bred, owns and handled — as best of his breed.

“It's a pinnacle show for anybody," and all the more so for people who show their own dogs, said Contant, of Los Gatos, California.

Because of the coronavirus pandemic, the show was moved from Manhattan for the first time in its over 140 years so it could be held outside at the Lyndhurst estate in Tarrytown, New York. In a sign of the pandemic times, some handlers wore masks — though vaccinated people were allowed to go without — and the show was closed to the public.

Douglas Tighe, who handled a Brittany named Pennie second place in the sporting group, says he just goes with it if his dogs get distracted by birds and other attractions in the great outdoors.

That's what it's about to Kole Brown, too. At age 9, he showed a bull terrier named Riley on Sunday alongside his parents, Kurtis Brown and U.S. Air Force Capt. Samantha Brown, and some of the family's other bull terriers.

“I have a lot of fun with this sport,” said Kole, of San Antonio, Texas. “Every single time I go into the ring, I have a smile on my face.”

For dogs, Westminster show's move is a breath of fresh air