On the surface, not much has changed in Philadelphia. The Phillies are hovering around .500 — the same place they've been for several years now.

This past week provided a little more hope, however.

The Phillies won three straight games in walkoff fashion, part of a four-game winning streak that has left Philadelphia at 32-31 on the season. The Phillies are still six games behind the NL East-leading New York Mets in the loss column, but they're in second place in the division and are 7-2 in June. 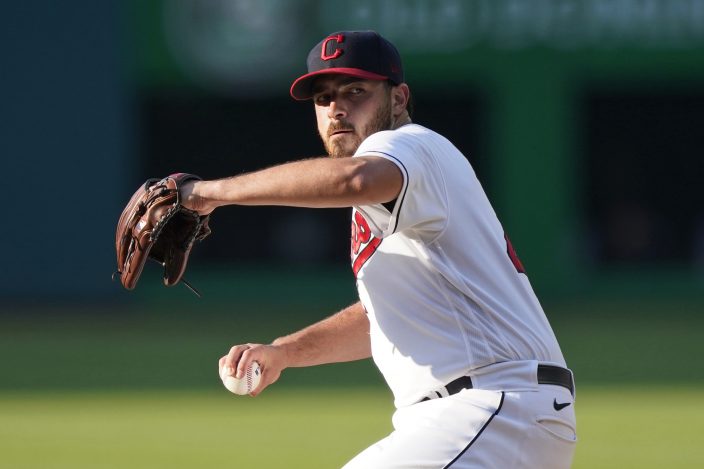 Luke Williams beat Atlanta 2-1 on Wednesday with a two-run homer in the ninth inning — his first big league home run. The next day, Jean Segura drove in two runs with a 10th-inning single for a 4-3 win over the Braves.

Then Segura came through again against the New York Yankees on Saturday, hitting an RBI infield single to end an 8-7, 10-inning victory. The Phillies didn't need any late-game dramatics in their most recent game, a 7-0 win over New York on Sunday.

In 2018, Philadelphia went 80-82. The Phillies added Bryce Harper after that season but still finished 81-81 in their first year with him. They were 28-32 last season. Philadelphia hasn't made the playoffs since 2011 — a year before Harper made his big league debut and the same year Andrew McCutchen, now a Phillies outfielder, received All-Star honors for the first time with Pittsburgh.

So the Phillies have a lot to prove even after this exciting week. If they start to play consistently well, this would be a good time. Philadelphia begins a western swing Monday that includes matchups with the Dodgers and Giants. Then the Phillies host two games against Washington before what could be a key four-game series in New York against the Mets.

If you needed a reminder about how unusual last season was, consider this: Almost every team in the majors has already played more games than in 2020. Only the Mets, with 57 games played, haven't reached 60 yet.

And if you think there are a remarkable number of dominant pitchers this year, there's some truth to that. Last year Shane Bieber led the majors with a 1.63 ERA. This season, Jacob deGrom (0.56), Lance Lynn (1.23), Kevin Gausman (1.43) and Brandon Woodruff (1.52) are all below Bieber's mark to this point.

From 2004-09, Philadelphia players earned seven Silver Slugger awards. Chase Utley won four, and Jimmy Rollins, Ryan Howard and Bobby Abreu won one each. Who is the only Phillies player to win one since?

LINE OF THE WEEK

Cleveland's Aaron Civale allowed one hit in eight innings, striking out 11 in a 7-0 win over Seattle on Friday night. Civale retired 22 in a row after the Mariners leaded the bases in the first.

COMEBACK OF THE WEEK

Immediately after Civale's gem, the Indians trailed Seattle 4-1 in the bottom of the ninth Saturday, and after the first two hitters grounded out, the Mariners had a win probability of 99.5%, according to Statcast. Following two walks and a single, it was still 4-2, then Rene Rivera doubled to tie the game. Cleveland eventually won 5-4 in 10 innings.

Seattle's Jake Fraley made one of the season's top catches — at least if the game situation is accounted for — at Detroit on Wednesday night. With the score tied in the bottom of the ninth, Isaac Paredes sent a drive to left that would have ended the game if Fraley hadn't reached above the wall to make the grab. The Mariners also relayed the ball to first to double off a Detroit runner, and Seattle ended up winning in 11 innings.

Nationals in a familiar spot -- another early-season hole

Injuries have limited some of baseball's biggest stars

Still with the Cubs, Bryant back to his slugging ways