The capacity at Wembley Stadium will increase to at least 40,000 as the European Championship progresses after the British government decided Monday to further ease coronavirus restrictions in the coming weeks.

The number of spectators will be increased from the 22,500 currently permitted for the group matches despite the government delaying the removal of more wider coronavirus restrictions in England by four weeks to July 19.

The first match to benefit from the enlarged capacity will be the round of 16 game on June 29 that could feature England if the team wins its group. The government's reference to the 90,000-seat Wembley being “at minimum 50% capacity” for the latter matches offers the prospect of the attendance growing again for the semifinals and final. 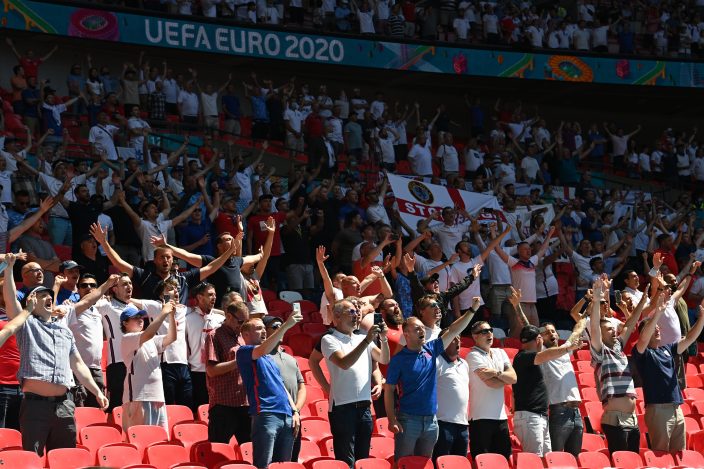 Spectators at Wembley have to provide proof of being fully vaccinated or a negative COVID-19 test to access the stadium. That has enabled Wembley to host the biggest crowds at events in England since the start of the pandemic in March 2020.

“We want to gather further evidence on how we can open up all big events safely, and for good," Culture Secretary Oliver Dowden said.

On the same weekend as the Euro 2020 final, a full crowd of 15,000 will be allowed at Wimbledon for the men's and women's finals at Centre Court. 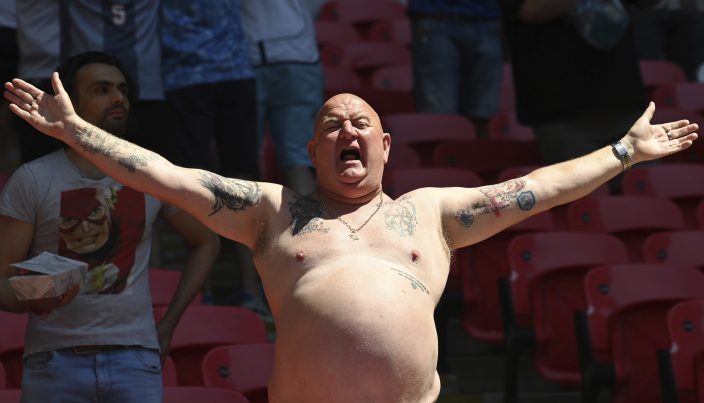 An England fan cheers ahead of the Euro 2020 soccer championship group D match between England and Croatia at Wembley stadium in London, Sunday, June 13, 2021. (Glyn KirkPool Photo via AP)

The grass-court Grand Slam tournament, which begins June 28, can have 50% capacity at the start and that will increase to 100% by the close on July 10-11 with the women’s and men’s singles title matches.

The pandemic prevented Wimbledon and Euro 2020 from being staged last year.