A convicted felon was sentenced to life in prison without parole Monday in a deal with prosecutors in the rape and killing of a Tennessee prison administrator during a 2019 escape.

Lauderdale County Judge Joe Walker sentenced Watson to life in prison without parole for the murder charge and an additional 25 years for the rape charge. 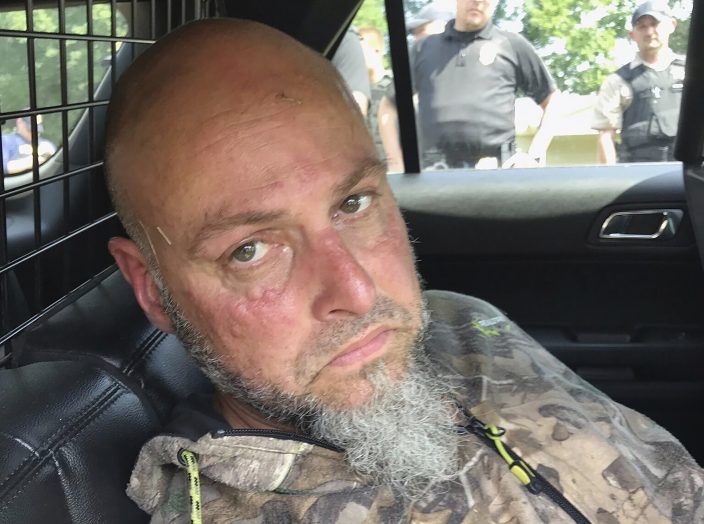 FILE - This undated file photo provided by The Tennessee Bureau of Investigation shows Curtis Ray Watson. A prosecutor says a hearing has been set to discuss a plea deal for the Tennessee prison inmate charged with killing a corrections administrator during a 2019 escape attempt. Lauderdale County district attorney Mark Davidson told The Associated Press that a hearing has been scheduled for Monday, June 14, 2021, in the case of Watson. (The Tennessee Bureau of Investigation via AP, File)

Watson has been held at a Nashville area prison since he was arrested. He had been indicted on 15 counts in the Aug. 7, 2019, killing of Tennessee Department of Correction Administrator Debra Johnson.

Watson was on regular lawn care duties at West Tennessee State Penitentiary near Henning when he sexually assaulted and killed Johnson, 64, at her home on the prison grounds that morning, authorities said.

Watson had access to a tractor and a golf cart as a “trusty” — an inmate granted special privileges as a trustworthy person, authorities said. Watson had been housed in the minimum security annex at the prison, located about 60 miles (96 kilometers) north of Memphis.

Watson escaped on a tractor, which was left in a cotton field about 2 miles (3 kilometers) from the prison, authorities said. He was found four days later after an intense manhunt among homes and fields near the prison.

Prosecutors had said they would seek the death penalty should Watson be convicted at trial.

Johnson had been a state employee for 38 years and oversaw wardens at several area prisons.

Watson has been serving a 15-year sentence for especially aggravated kidnapping. He illegally confined his wife and hit her with an aluminum baseball bat in July 2012, court documents showed. His sentence began in 2013 and was set to expire in 2025, officials said. He also had been previously convicted of aggravated child abuse.

During his four days on the run in rural West Tennessee, Watson stole items from two homes, including camouflage clothing, binoculars, a compass, two knives, a saw and food, the indictment said.

He was captured seven hours after homeowners recognized him on their outdoor surveillance camera, officials said.

Prison officers testified in previous court hearings that they could not locate Watson on the morning of his escape. They found Watson’s golf cart at Johnson’s house about 8:30 a.m., prison officers said.

Johnson's killing led to questions about security at the prison. During a December 2019 appearance before members of the Tennessee Legislature's Joint Corrections Subcommittee in Nashville, Tennessee Department of Correction Commissioner Tony Parker said that it was “worth looking at” adding video surveillance cameras at residences located at the prison.

Parker and assistant corrections commissioner Lee Dotson became emotional as Parker spoke about Johnson. Parker called her an extraordinary woman “who treated everyone she encountered with dignity and respect.”