The Jacksonville Jaguars expect quarterback Trevor Lawrence to be fully cleared to practice by training camp next month.

Lawrence was a limited participant as the Jaguars opened a two-day, mandatory minicamp Monday that signals the end of their offseason program. The former Clemson star and No. 1 draft pick wore a compression sleeve on his left leg to help his hamstring, which he tweaked during practice last week.

Lawrence sat out all of Jacksonville’s 11-on-11 drills Monday, but he did get repetitions in some seven-on-seven situations. 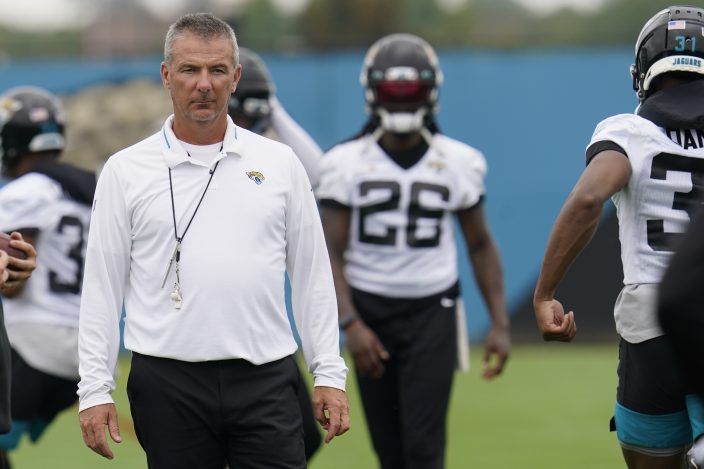 “You yank a hamstring now, you’re going to miss the early part of training camp,” coach Urban Meyer said. “So we’re just being cautious. That’s that one muscle that … you guys have all seen it like I have.

“You pull a hamstring at this point, you’re going to miss all your summer conditioning. So we’re being somewhat conservative on it. But he could actually play a game if he had to.”

Lawrence looked like he might try to do more before he pulled himself out of stretching lines at the start of practice and showed trainers where he was feeling tightness on the back of his leg. 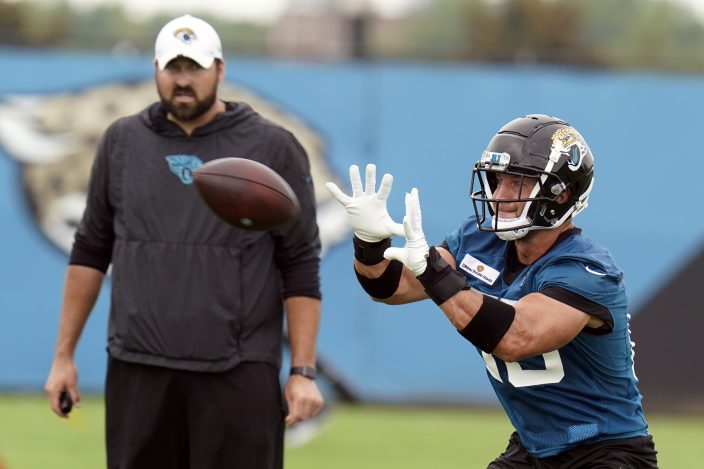 “It’s feeling good,” Lawrence said after practice. “It’s been about a week and trying to work it back to full capacity. Yeah, it’s a little frustrating just not being able to go full speed, but I’m feeling good.

“I’m just trying to not have any more setbacks, so taking it slow. Got some good reps today. So start getting more and more each day this week and kind of work back into it. Yeah, it’s doing great, trying to work it back.”

Lawrence has rarely been full go since Jacksonville drafted him in April. 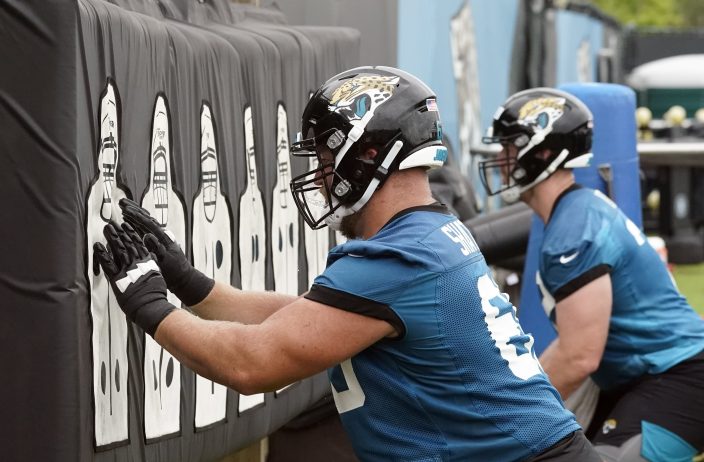 He opened rookie minicamp in May on a pitch count and with teammates under strict orders not to touch his surgically repaired left shoulder. Lawrence had labrum surgery on his non-throwing shoulder in February, days after he worked out for NFL scouts and executives.

He started throwing with no limitations in late May, but then he tweaked his hamstring about a week later. He returned after the tightness and threw two interceptions that were returned for touchdowns.

But Meyer said he’s not concerned, especially since Lawrence has shown a command of the playbook, which he got weeks before the draft. 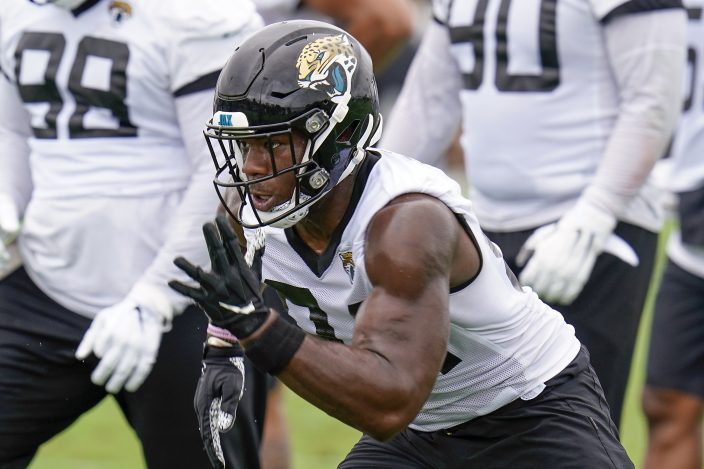 “His retention and carryover have been very good,” Meyer said. “Execution at times, like you would imagine, has been up and down, especially when they start changing the looks up on defense, which obviously can happen a ton. But we’re very pleased with where he is. The summer’s got to be great and the training camp’s got to be great.”

Outside linebacker K’Lavon Chaisson, a first-round draft pick in 2020, tested positive for COVID-19 early Monday and was held out of practice. 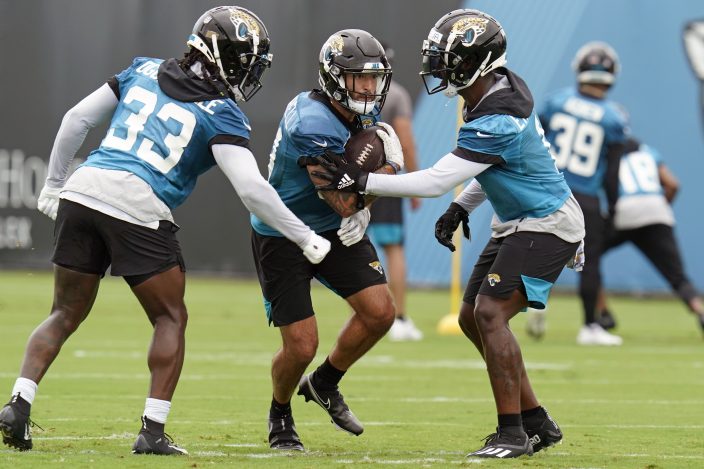 Meyer said Chaisson would be retested for confirmation of the virus.

Chaisson attended Denver star Von Miller’s “Pass Rush Summit” in Nevada. Participants were required to be vaccinated or have a negative PCR test before the event.

Because of NFL rules preventing contact during offseason practices, Meyer hasn’t been able to produce many “winner-loser situations.” But he found a way to include one competition during Monday’s minicamp: He let the kickers take turns from various spots.

Neither Aldrick Rosas nor Josh Lambo took advantage. Each missed two field goals, and each hit from 58 yards out.

Treadwell caught 65 passes for 701 yards and two touchdowns in four seasons with the Vikings. He played five games for Atlanta last season.