Everybody knew Kyle Larson was going to win races once he started driving Rick Hendrick’s cars.

But this? This looks like a driver capable of chasing down the modern-era record of 13 wins in a season set in 1975 by Richard Petty and tied in 1998 by Larson's childhood idol Jeff Gordon.

His victory Sunday night in the All-Star race at Texas doesn't count in the win column, but it earned Larson a $1 million payout and should have sent fear through everyone else in the field. It was his third consecutive trip to victory lane, he has not finished lower than second since May 2 and there are no signs he's slowing down anytime soon. 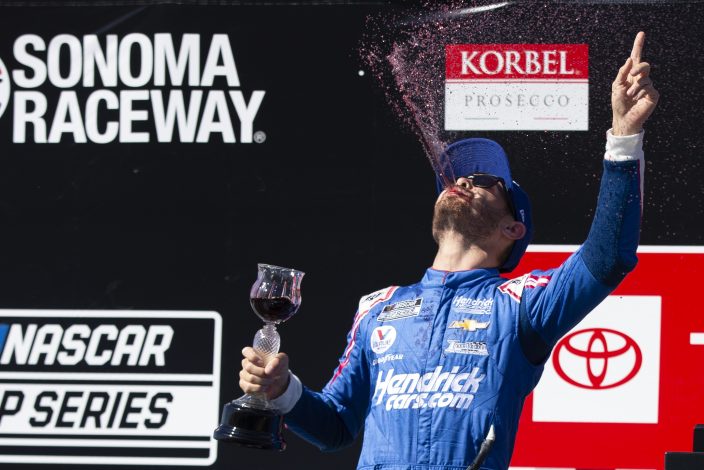 “That is the best car I have had here; I just couldn’t get close enough to him," runner-up Brad Keselowski said. “He just motored right on back by me, like damn.”

And he wasn't done after Texas, either.

Larson was up early Monday morning and headed to Ohio for three nights of dirt racing in search of his first sprint car victory this month. He won three times last month — no surprise there, Larson racked up nearly 50 victories racing coast-to-coast dirt tracks last year during his nearly season-long NASCAR suspension — and is at last meeting the hype that surrounded him when he first entered NASCAR. 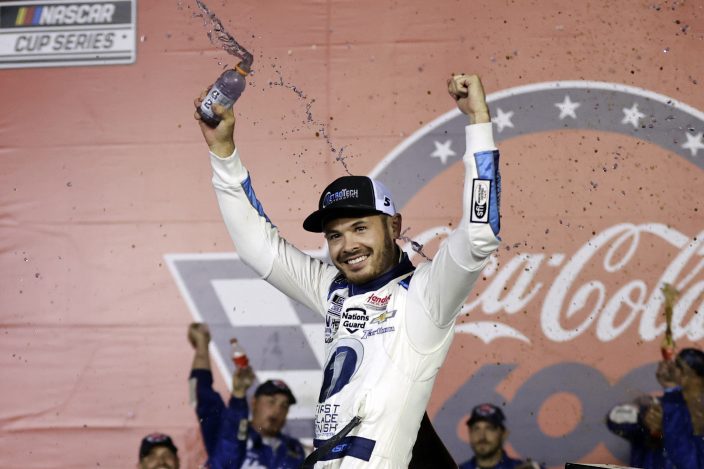 Gordon and Tony Stewart were his loudest cheerleaders when Larson arrived as a 19-year-old willing to migrate from the local short track scene to the biggest show in the country. Both Hall of Famers were adamant that Larson was the purest racer they'd seen in years and were confident he'd be a superstar in NASCAR.

But his equipment at Chip Ganassi Racing wasn't good enough to win every week and Larson notched just six victories in six inconsistent seasons. He was fast at Ganassi but he didn't seem to know how to close out victories. Too many runs in contending cars ended because he'd hit a wall, make a mistake or maybe push too hard.

That hasn't been a problem since Hendrick Motorsports signed him late last year, bringing an end to his banishment from NASCAR for his use of the N-word while racing online during the early days of the pandemic. Larson's second chance came with NASCAR's winningest organization and his chance to drive Hendrick cars was going to put him in position to consistently race for wins at last. 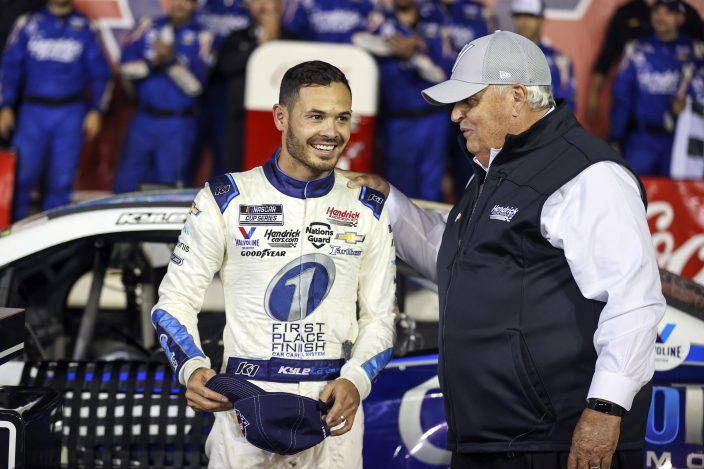 It hasn't hurt that the entire Hendrick organization is red hot — Larson's All-Star race win was the fifth straight HMS victory, and the four-driver lineup has collected seven checkered flags in the 16 points-paying races.

Denny Hamlin holds a 47-point lead over Larson in the standings but is winless so far this year, just months removed from last year's seven-win campaign. If anyone can beat Larson right now, Hamlin doubts it is him.

In fact, he figures only Alex Bowman, William Byron and reigning Cup champion Chase Elliott can run with Larson.

“His teammates have the same cars as him, so they have the potential to get after him," Hamlin said. "That team, they’ve just got everything figured out right now. They’ve got everything you need to be fast and we’re all playing catch-up at the moment.

"We’re going to have to get a little bit better as the summer months go on if we want to compete with them in the long term.”

Next up comes Sunday's first Cup race at Nashville Speedway, which has been dormant since its 21st and final Xfinity Series race in 2011. Larson will go to Tennessee with Valvoline making its debut on his No. 5 Chevrolet as the third of four sponsors so far announced for Larson this season.

It will be just the third time in 17 events that a non-Hendrick company has been featured on his car. But with this rate of success, companies aren't going to stay away from Larson much longer, which is what Hendrick banked on all along when he offered the exiled driver a return.

Larson understands there may be no reward at the end of the season for his success — Kevin Harvick won a Cup-high nine races last year but failed to advance to the championship round of the playoffs — but nine finishes of fourth or better have him feeling really good right now at second in the Cup standings.

“The races are hard to win and championships are even harder to win,” Larson said. "This is definitely the best opportunity I’ve ever had to win the championship. But there’s still a long season left, and other cars and teams are going to get better, and so will we.

“Just got to keep working hard, and hopefully we can have ourselves in position come October or November.”