Here are the courses that held a PGA Tour event and a major championship in the same year. Only two rounds were played at Pebble Beach and three rounds on the South Course at Torrey Pines for PGA Tour events: 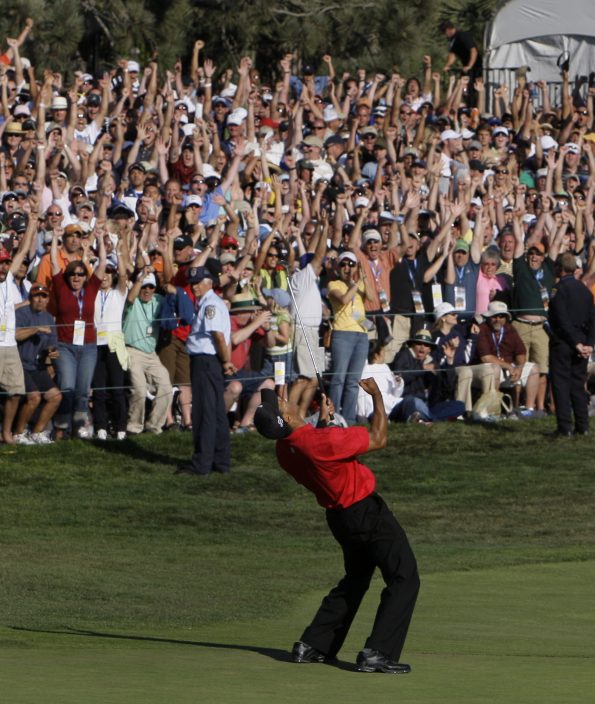 FILE - In this June 15, 2008, file photo, Tiger Woods reacts after sinking a birdie putt on the 18th green, forcing a playoff against Rocco Mediate during the fourth round of the U.S. Open golf tournament at Torrey Pines Golf Course in San Diego. The U.S. Open returns to Torrey Pines on June 17-20, minus Woods as he recovers from leg injuries in a car crash. (AP PhotoChris Carlson, File)