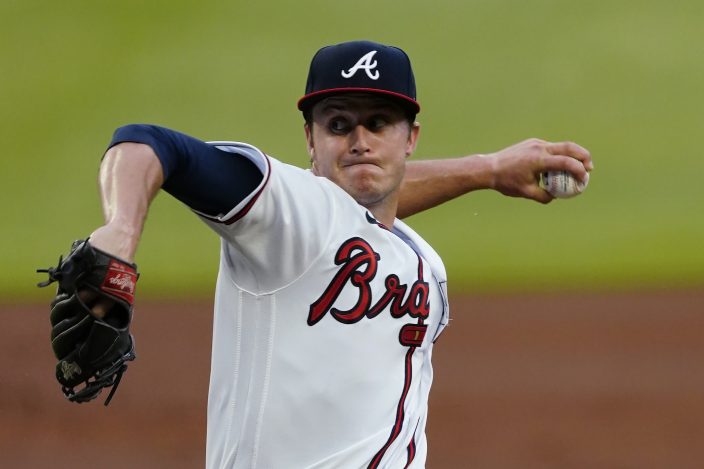 Atlanta Braves starter Tucker Davidson delivers during the first inning of the team's baseball game against the New York Mets on Tuesday, May 18, 2021, in Atlanta. (AP PhotoJohn Bazemore)

Bieber allowed a season-high 10 hits and threw 107 pitches over five innings Sunday in a loss to Seattle. The 26-year-old righty was put on the injured list for the first time in his career.

“We’re still obviously reaching out for more information and sending the images to different doctors and things like that, trying to get the best information we can,” Indians manager Terry Francona said. “So, for right now we know it’s no-throw for a couple of weeks.” 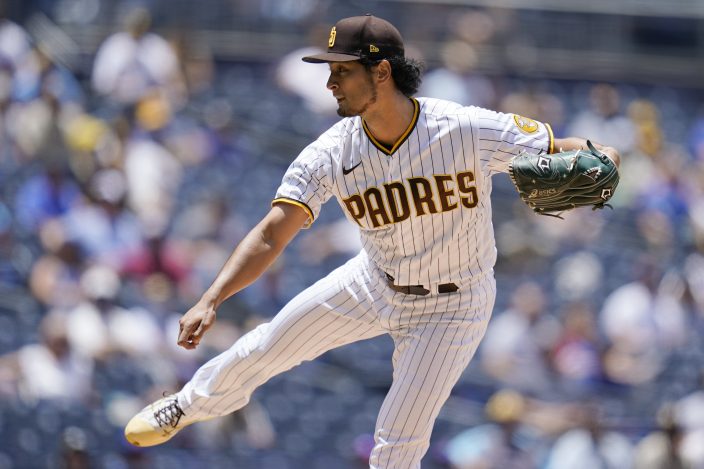 The 25-year-old lefty is 0-0 with a 1.53 ERA in three starts, covering 17 2/3 innings. Davidson made his big league debut last season and lost in his only outing.

Padres ace Yu Darvish starts against Colorado for the third time this season, taking on Charlie Blackmon at Coors Field.

Darvish (6-2, 2.28) pitched a season-low four innings at Coors on May 12 despite allowing just an unearned run. He beat the Rockies in his next start, striking out 10 in seven scoreless innings.

Outfielder George Springer is set to begin a rehabilitation assignment with Triple-A Buffalo, with no definite timetable on when he’ll rejoin the Blue Jays. Toronto manager Charlie Montoyo said Springer is expected to play five innings in the field at Rochester.

The 2017 World Series MVP with Houston, Springer signed a six-year, $150 million deal with the Blue Jays this winter. He started the season on the injured list with a strained right quadriceps muscle and lasted just four games when he returned in April before going back on the IL with the same problem.

The 31-year-old Springer is 3 for 15 with two home runs for the Blue Jays.