Austin Gomber continued his dominance at hitter-friendly Coors Field with eight shutout innings, and the Colorado Rockies held on to beat the scuffling San Diego Padres 3-2 on Monday night.

Gomber held the Padres to three hits and didn’t walk a batter. He has walked just four in his last nine starts. Gomber also added a single at the plate. 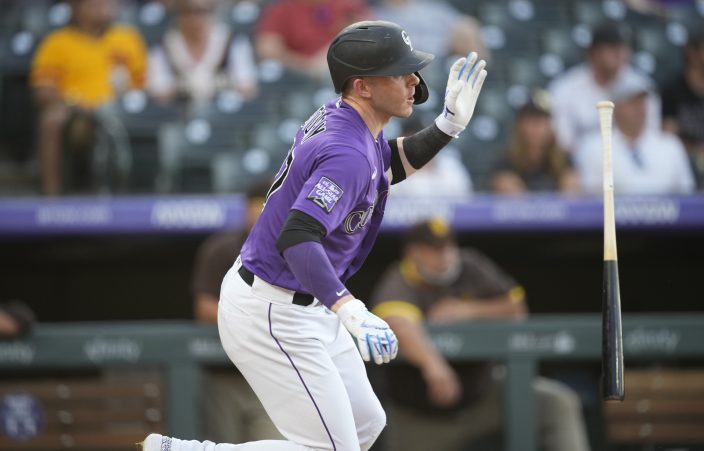 San Diego has lost 10 of its last 14 and has scored just nine runs in its last seven losses.

Trent Grisham hit a two-run homer in the Padres ninth off Daniel Bard. But then retired Manny Machado and Fernando Tatis Jr. to earn his ninth save.

Gomber set down the first nine batters he faced before Tommy Pham led off the fourth with an infield single, but he was erased on a double play. 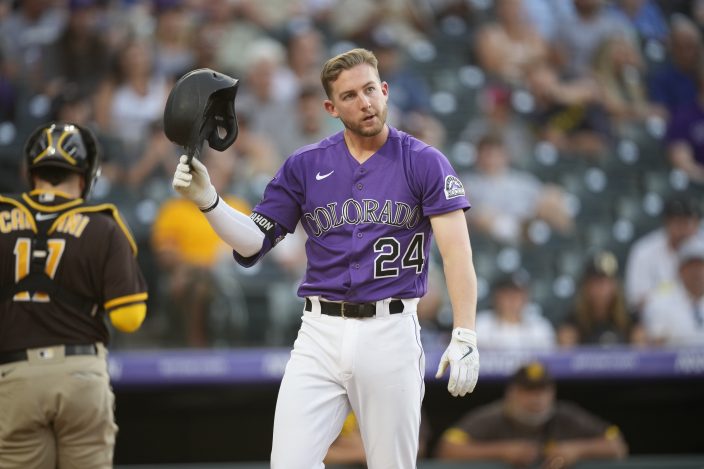 The Rockies got their first run in the third off Dinelson Lamet (1-2) on Trevor Story’s two-out single. They added another run on an RBI double by Ryan McMahon in the eighth. 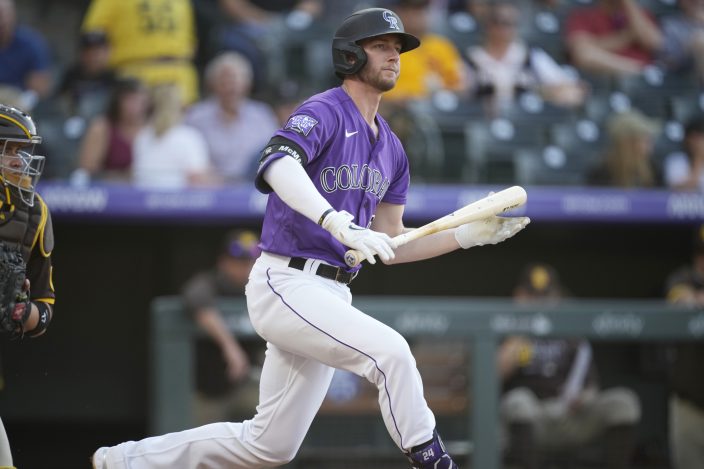 Rockies: INF Chris Owings (thumb) was sent on a rehab assignment to Triple-A Albuquerque and was scheduled to play “five or six innings and hopefully three at-bats” of the Isotopes game on Monday night, manager Bud Black said. Owings will play multiple games at different positions. 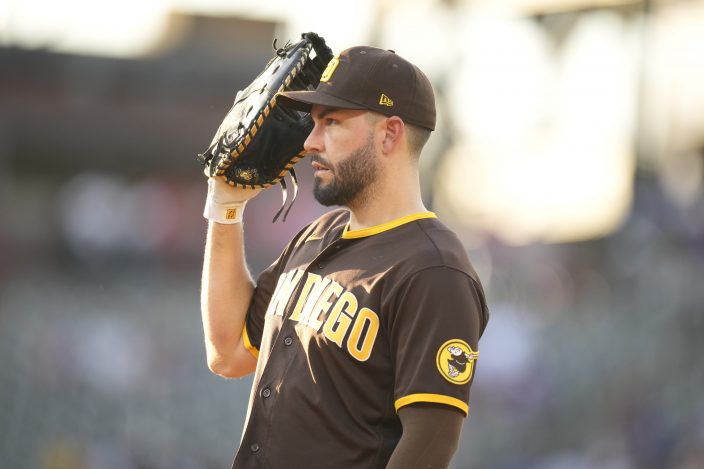 San Diego Padres first baseman Eric Hosmer uses his glove as a shield against intense sun shining on to the infield in the third inning of a baseball game against the Colorado Rockies Monday, June 14, 2021, in Denver. (AP PhotoDavid Zalubowski)

The sun was tough on the first basemen in the early innings and twilight played tricks on Wil Myers in the seventh. When Cron’s high drive to right was in the air Myers was looking up but couldn’t locate the ball. He was still searching for it when it landed in the seats behind him.

Charlie Blackmon and Raimel Tapia each singled for Colorado to extend their hitting streaks. Blackmon has hit safely in 13 straight, the longest current streak in the majors, and Tapia has a hit in 11 straight games. 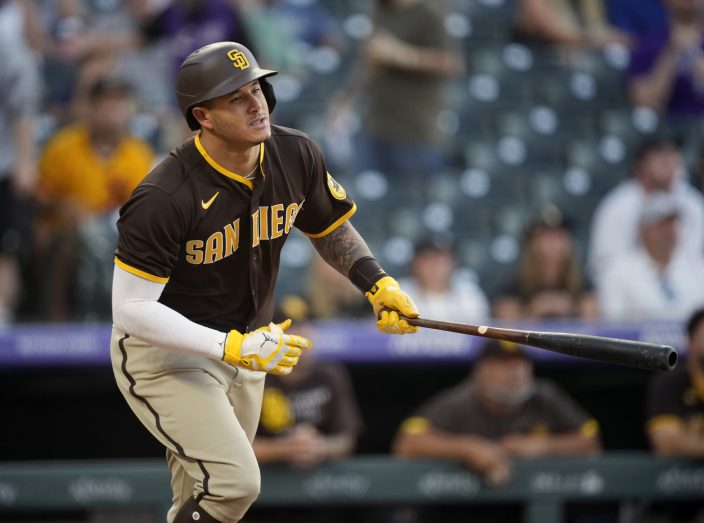