Tyler O’Neill doubled home the tiebreaking run in the eighth inning and the scuffling St. Louis Cardinals beat the Miami Marlins 4-2 on Monday night to halt a three-game slide.

Adam Wainwright tossed six effective innings and Paul Goldschmidt had two hits and an RBI as the Cardinals won for only the third time in 14 games.

Dylan Floro (2-4), the fifth Miami pitcher, began the eighth with a walk to Dylan Carlson before Goldschmidt singled. With one out, O’Neill hit his second double of the game to score Carlson. 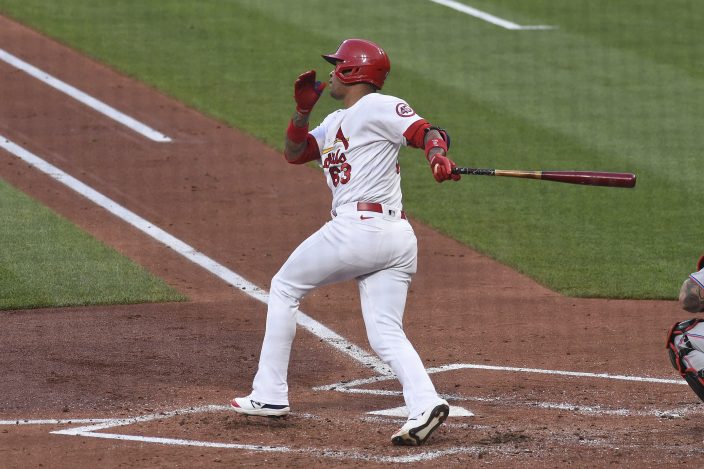 Paul DeJong drove in Goldschmidt with a groundout to make it 4-2.

Giovanny Gallegos (4-1) pitched a hitless inning and Alex Reyes retired the side in the ninth for his 17th save.

Miami had won four of five. 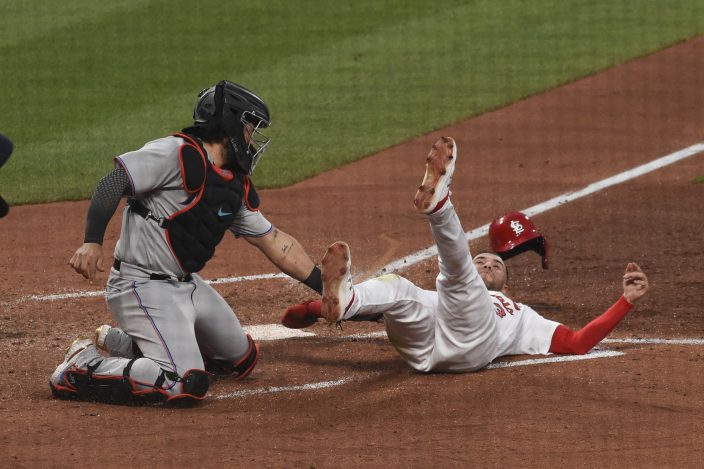 The Cardinals tied it 2-all on an RBI single by Goldschmidt in the fifth when St. Louis knocked out 23-year-old rookie starter Braxton Garrett, who went 4 1/3 innings.

Jazz Chisholm Jr. singled with two outs in the third, scoring Jon Berti and Starling Marte, to give Miami a 2-1 lead. Wainwright loaded the bases on a single and two walks after retiring the first two batters.

Chisholm has reached base in 20 of the 22 games he’s played since returning from the injured list May 16. 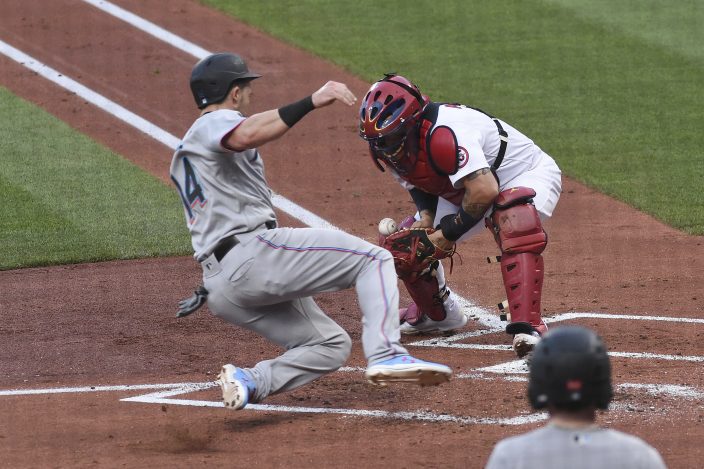 St. Louis scored its first run in the second on a single by Edmundo Sosa.

The 39-year-old Wainwright faced an opposing pitcher with fewer then 10 career appearances for the fourth straight start. He allowed two runs and four hits with six strikeouts, fanning Jorge Alfaro in the fourth for his 1,900th career punchout. 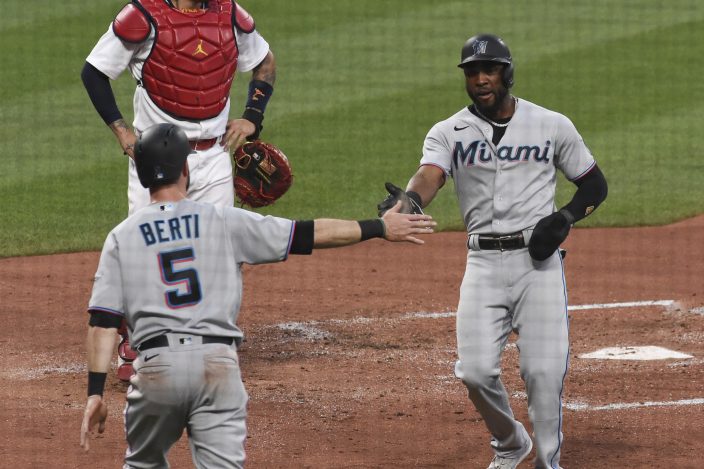 Sosa made his first start at second base and the move paid off in the second inning. Magneuris Sierra doubled to center and the ball scooted past Carlson. Tommy Edman fielded it and threw to Sosa, who wheeled and fired home. Adam Duvall, who had singled, slid past the plate and catcher Yadier Molina dropped the ball. Duvall tried to touch the plate, but Molina tagged him. After a review, the out call was upheld. ... In the third inning with two outs, O’Neill doubled to left-center. Marte threw to Chisholm and he fired to Alfaro just off the plate. However, Carlson, who led off with a single, missed home plate and Alfaro tagged him out. After a review, the call stood.

PLAYER OF THE WEEK

Marte was selected National League player of the week for the first time in his career Monday. He is the first winner for the Marlins since Giancarlo Stanton and Marcell Ozuna were named co-players of the week on Sept. 25, 2017. 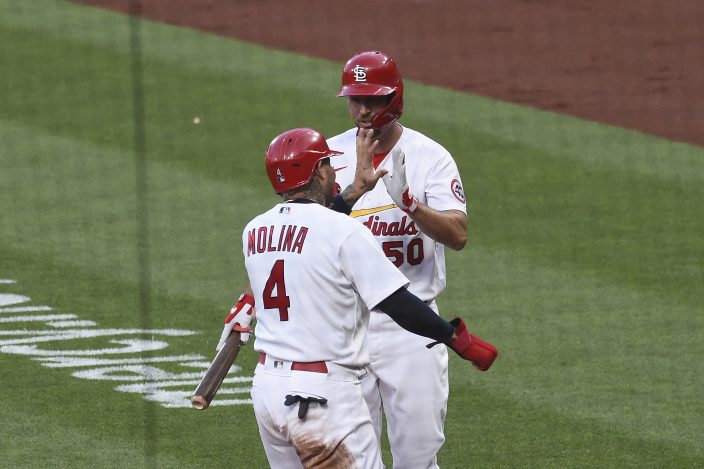 RHP Luis Madero’s contract was selected from Triple-A Jacksonville to join the Marlins. Madero, 24, made two relief appearances for Miami in May and went to Jacksonville after he was unclaimed on waivers. The rookie had been designated for assignment May 15. 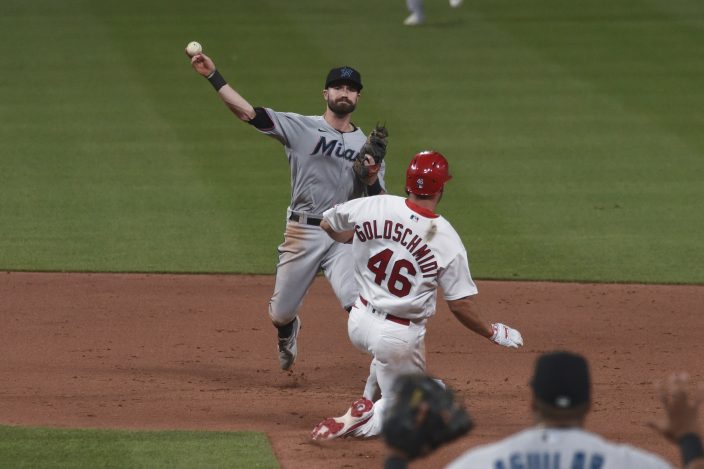 Cardinals: RHP Kodi Whitley (mid-back spasms) is playing catch and manager Mike Shildt said Whitley is around four to six days from getting back on a mound.

Marlins: LHP Trevor Rogers (7-3, 2.02 ERA) makes his second career start against the Cardinals on Tuesday night. He lost to St. Louis on April 5.

Cardinals: LHP Kwang Hyun Kim (1-4, 4.05) returns from his second stint on the injured list for his first outing since sustaining a back injury on June 4. He was removed after just three innings because of lower back stiffness and took his fourth straight defeat as Cincinnati connected off him for a pair of homers. Kim missed just one start.