The Royals, who have not led since finishing off Thursday’s 6-1 victory in Oakland, lost their fourth in a row. They are a season-worst five games below .500. 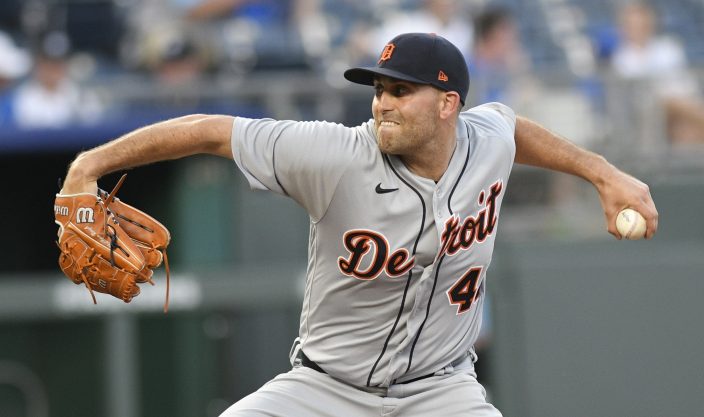 Boyd departed in the third because of discomfort in his left arm. Lange left after recording just one out in the fifth with an unspecified problem. 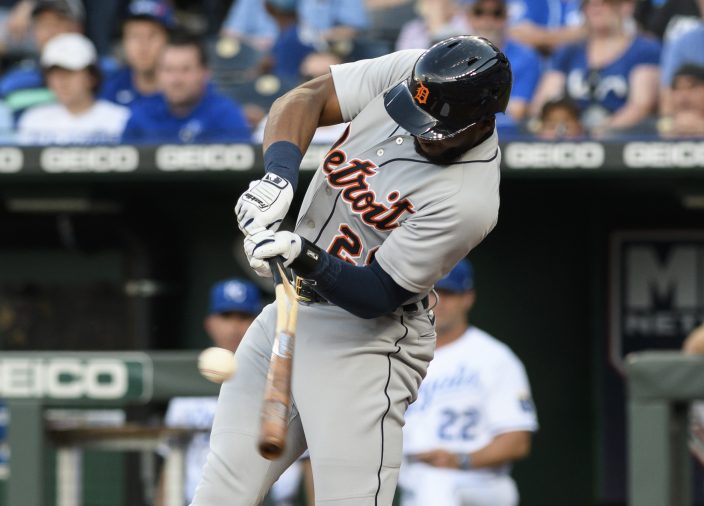 Detroit Tigers' Niko Goodrum breaks his bat on a two-RBI single during the first inning of a baseball game against the Kansas City Royals in Kansas City, Mo., Monday, June 14, 2021. (AP PhotoReed Hoffmann)

Keller hit Grossman with his first pitch of the game, Harold Castro singled and Jonathan Schoop reached on an error that rolled through the legs of third baseman Kelvin Gutierrez, allowing a run to score. Cabrera added an RBI single and Goodrum hit a two-run single.

After giving up back-to-back, one-out singles in the third by Whit Merrifield and Carlos Santana, Boyd was pulled from the game. He was relieved by Joe Jimenez (2-0), who struck out Salvador Perez and got Jorge Soler to pop out.

Castro hit a two-run homer in the fourth. Goodrum connected in the eighth and Grossman homered in the ninth. 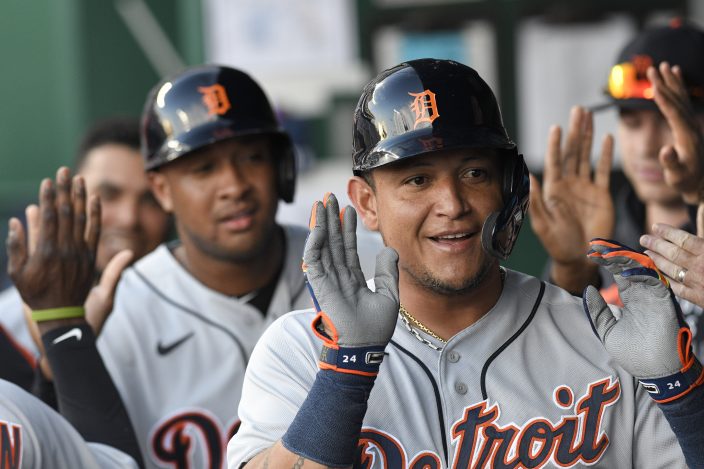 Detroit Tigers' Miguel Cabrera, front, celebrates with teammates, including Jonathan Schoop, behind, after they scored two runs during the first inning of a baseball game against the Kansas City Royals in Kansas City, Mo., Monday, June 14, 2021. (AP PhotoReed Hoffmann)

The Royals scored a run in the fourth on a two-out double by Hanser Alberto that drove in Edward Olivares, who was called up to replace the injured Andrew Benintendi.

The Royals got runs in the fifth and sixth innings, but left the bases loaded in both. 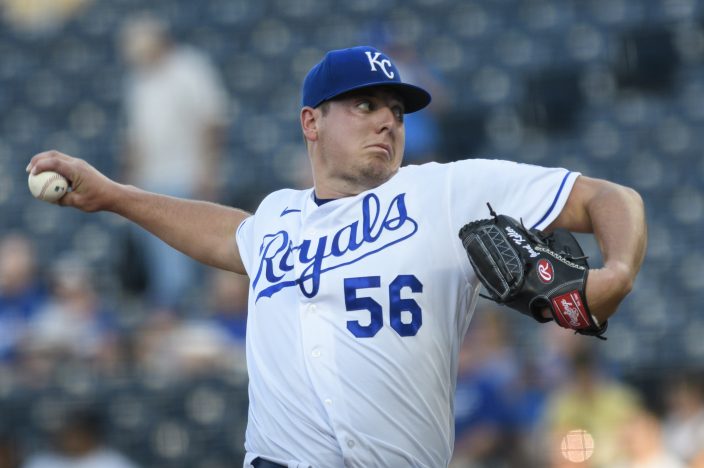 Tigers: C Grayson Greiner began an injury rehab assignment with Triple-A Toledo on Sunday. He went 1 for 3 with a walk and scored a run. He has been out since May 12 with a strained left hamstring.

Royals: SS Adalberto Mondesi was eligible to come off the 10-day injured list Monday, but he was not ready, according to manager Mike Matheny. Mondesi came out of the game May 31 with a left hamstring strain.

Tigers: RHP Michael Fulmer was reinstated from the IL. He is 4-3 with a 3.34 ERA in 20 appearances (four starts). Since being moved to the closer’s role, he’s converted four out of five save opportunities.

Royals: Benintendi was placed on the IL with a right rib fracture. Matheny said Benintendi was injured making a throw from the warning track Sunday in Oakland. OF Edward Olivares was recalled.

Tigers: RHP Casey Mize (3-4, 3.44 ERA) will look to continue a streak of seven quality starts in his last eight. The only game he didn’t get a quality start was a five-inning outing when allowed just one run against the New York Yankees on May 28.

Royals: LHP Mike Minor (5-3, 4.50 ERA) will try to build on his last outing, when he allowed only a solo home run in seven innings against Oakland. He gave up three hits, struck out eight and walked one.