Will Smith hit a two-run homer, Chris Taylor added a solo shot and the Los Angeles Dodgers beat the Philadelphia Phillies 3-1 on Monday night despite getting just three hits and four baserunners.

Pinch-hitter Albert Pujols' single in the seventh was the only other hit for the defending World Series champions, but they hung on for their sixth victory in seven games with eight consecutive scoreless innings from seven pitchers.

Bryce Harper drove in a run in the first inning for the Phillies, whose four-game winning streak ended in the opener of a six-game California road trip. 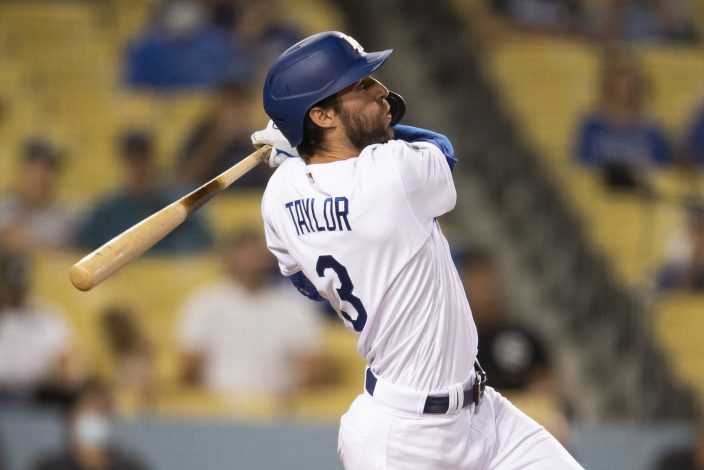 Tony Gonsolin yielded four hits and lasted just 3 2/3 rocky innings in his second start of the season for the Dodgers, but the bullpen allowed only four singles and didn't walk a batter.

David Price (2-0) got the win after stranding two runners to end the fourth. Kenley Jansen threw a perfect nine-pitch ninth inning for his 16th save.

Spencer Howard (0-2) tossed two-hit ball into the fifth for Philadelphia, but both those hits were homers. Howard, a native of central California, was otherwise sharp in his first career start in the stadium where he watched Éric Gagné and Clayton Kershaw as a kid with his father, a Los Angeles-area native. 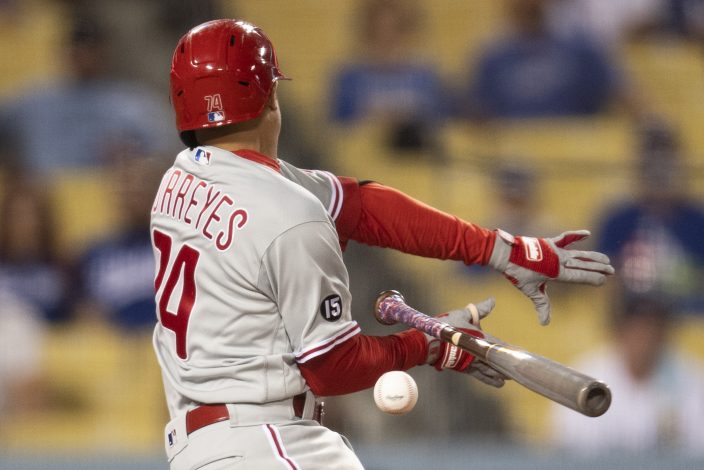 Philadelphia Phillies' Ronald Torreyes fouls off a pitch during the sixth inning of a baseball game against the Los Angeles Dodgers in Los Angeles, Monday, June 14, 2021. (AP PhotoKyusung Gong)

Howard retired the Dodgers' first nine batters, and even got his first major league hit in the second inning on a double when right fielder Zach McKinstry misread his line drive, which looked catchable.

But Mookie Betts drew a leadoff walk in the fourth, and Smith connected three batters later for his seventh homer, a 411-foot shot.

Taylor chased Howard with his ninth homer leading off the fifth. 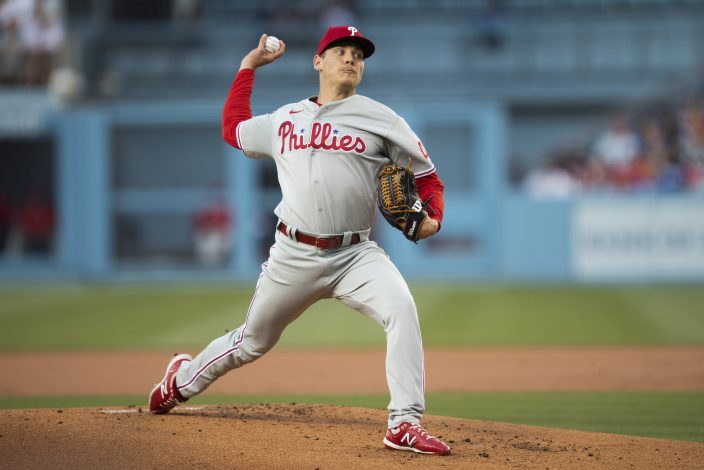 Gonsolin missed the first two months of the season with right shoulder inflammation before returning to the Dodgers' rotation last week with a rough 1 2/3-inning start against Pittsburgh. The right-hander's 2021 has not gone as planned after he posted a 2.31 ERA in nine appearances last year and earned a shot at the rotation slot vacated by injured Dustin May this spring.

Gonsolin struggled from the opening pitches of his first home start of the season, allowing two hits and two walks in the first inning. Odúbel Herrera drew a leadoff walk, advanced on Jean Segura's double and scored on Harper's single. 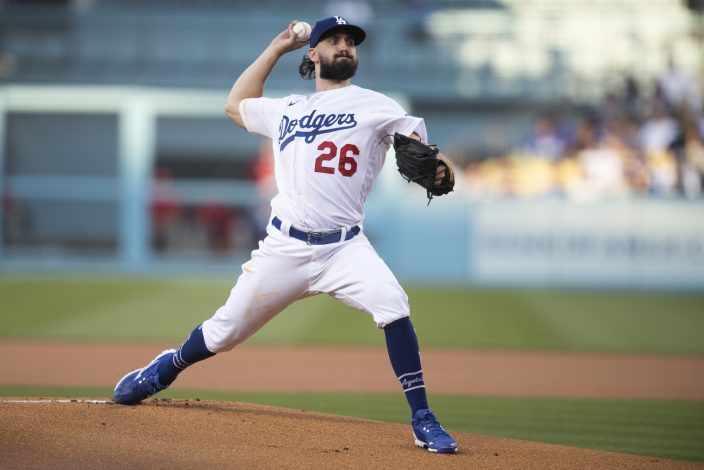 Gonsolin struck out Alec Bohm with the bases loaded on his 30th pitch to hold Philadelphia to just one run in the first. Gonsolin left with two runners on in the fourth after getting a pair of generous third strike calls against Ronald Torreyes and Howard.

Dodgers: OF Cody Bellinger missed his third straight game, and won't play until Wednesday at the earliest. The 2019 NL MVP isn't recovering as quickly as Los Angeles anticipated from left hamstring tightness. Bellinger has appeared in only 16 games this season.

Zach Eflin (2-5, 3.89 ERA) takes the mound for Philadelphia against NL wins leader Julio Urías (9-2, 3.56), who has won five of his last six starts. The game also will be the first at full capacity for Dodger Stadium following California's overnight lifting of many COVID-19 safety measures.

Betts homer in front of 52,078 leads Dodgers over Phillies