Jake Bauers barely cleared the wall in right-center field with his first home run since being traded to Seattle and lifted the Mariners to a 4-3 win over the Minnesota Twins on Monday night.

Bauers' third homer of the season was a tiebreaking, solo drive with one out in the eighth inning off reliever Hansel Robles (2-3). Bauers lined a 1-0 pitch just beyond the reach of Nick Gordon’s leaping attempt at the fence.

Bauers was traded from Cleveland to Seattle last week after he was designated for assignment by the Indians earlier this month. 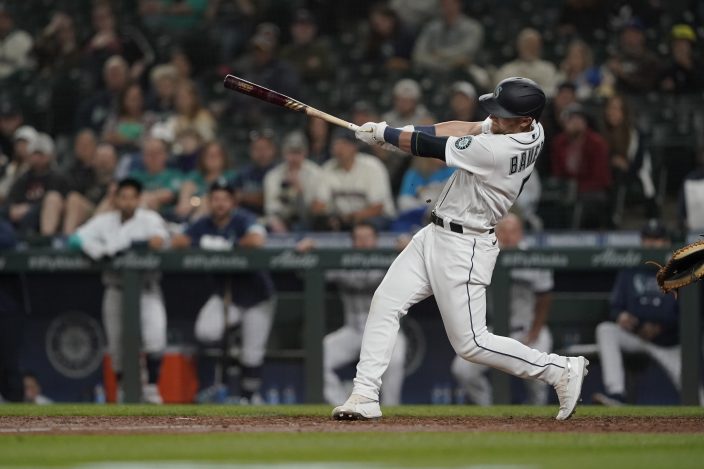 Seattle trailed 3-1, but scored twice in the fifth and the Mariners bullpen shut down the Twins long enough for Bauers to come through with the big hit.

JT Chargois and Paul Sewald (3-2) combined for three scoreless innings of relief and Drew Steckenrider pitched the ninth for his first save.

Jake Fraley was on base four times for Seattle, including an RBI single in the third. Ty France had an RBI double and Dylan Moore an RBI triple in the fifth for Seattle. 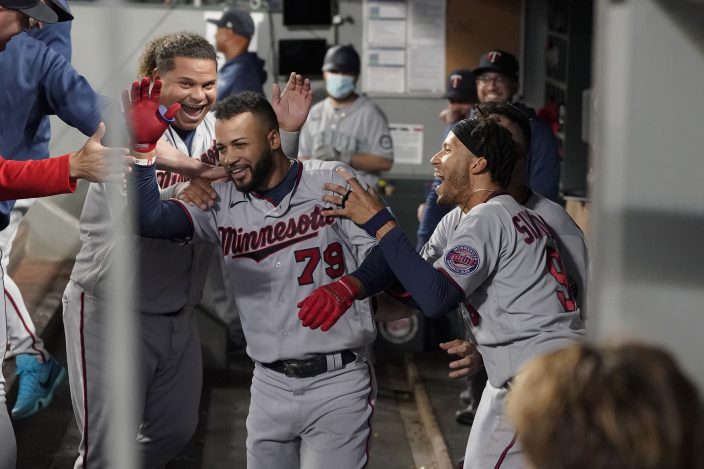 Minnesota Twins' Gilberto Celestino (79) is greeted by teammates Willians Astudillo, left, and Andrelton Simmons, right, after Celestino, who made his major-league debut on June 2, 2021, hit his first MLB career home run during the fourth inning of a baseball game against the Seattle Mariners, Monday, June 14, 2021, in Seattle. His teammates pretended to ignore the rookie until he reached the very end of the dugout and then moved in for the traditional run-scoring congratulations. (AP PhotoTed S. Warren)

Minnesota’s runs came on Trevor Larnach’s RBI single in the first and home runs from Alex Kirilloff and Gilberto Celestino in the fourth. Kirilloff connected for the first time since May 2, while Celestino’s homer was the first of his major league career.

Neither Minnesota starter Kenta Maeda or Seattle’s Marco Gonzales were around to be involved in the decision.

Maeda was reinstated from his rehab at Triple-A to make his first start since May 22 due to an adductor strain. Maeda was going to be on a limited pitch count but was done after four innings.

Maeda struggled to get out of the first walking three consecutive batters in the opening inning, but recovered to get through four innings on 76 pitches and allowing one run. Maeda did snap his streak of 20 consecutive starts allowing two of fewer walks.

Gonzales managed to make it through five innings despite giving up hard contact and the homers to Kirilloff and Celestino. Gonzales was able to push his pitch count above 90 for the first time since missing more than a month with a forearm strain, but allowed eight hits. 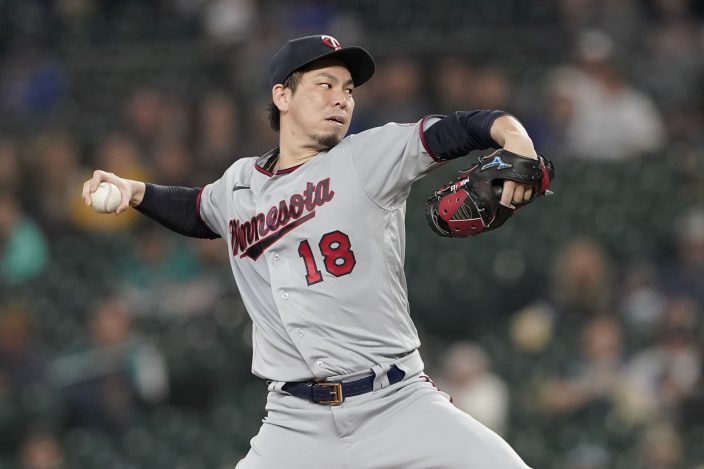 Twins: Along with activating Maeda, the Twins also reinstated INF/OF Luis Arraez from his rehab assignment after missing the past 19 games due to a right shoulder sprain. ... RHP Michael Pineda (right elbow inflammation) and OF Rob Refsnyder (left hamstring strain) went on the 10-day IL. Manager Rocco Baldelli said Pineda’s issue appears to be more muscular and where the forearm and elbow meet. ... OF Byron Buxton is with the team, but still may be a couple more days before he’s activated from the injured list.

Mariners: OF Mitch Haniger was out of the lineup Monday after fouling a pitch off his knee a day before and leaving the Mariners game in Cleveland. Based on his condition on Monday, manager Scott Servais said he thinks Haniger will be able to avoid a trip to the injured list. ... Seattle traded RHP Yacksel Rios to the Boston Red Sox in exchange for cash. Rios was designated for assignment last week. 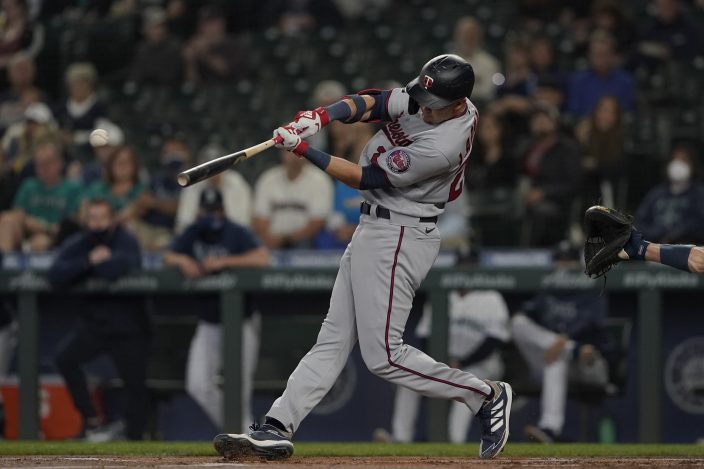 Mariners: RHP Chris Flexen (5-3, 4.68) will make his 12th start. Flexen has pitched at least six innings in his past three starts. 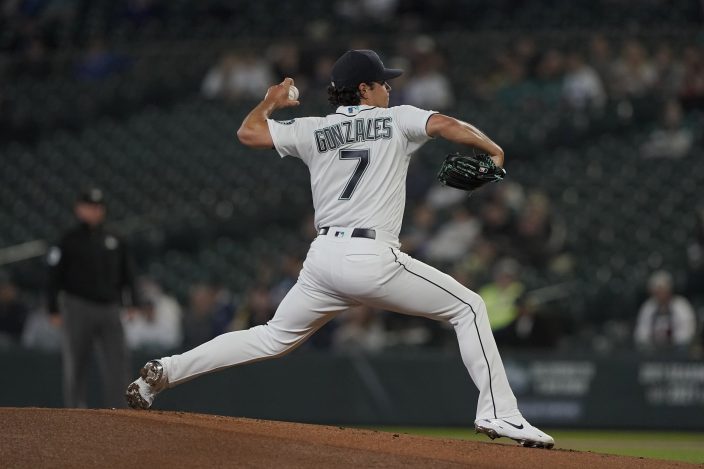