Daniil Medvedev's grass-court season got off to a bad start after the top-seeded Russian lost his first-round match at the Halle Open to Jan-Lennard Struff on Tuesday.

Medvedev was broken three times in a 7-6 (6), 6-3 loss. He was coming off reaching the French Open quarterfinals last week. Medvedev has yet to reach a tour final on grass and hasn't gone beyond the third round at Wimbledon.

Struff goes on to play qualifier Marcos Giron in the second round. 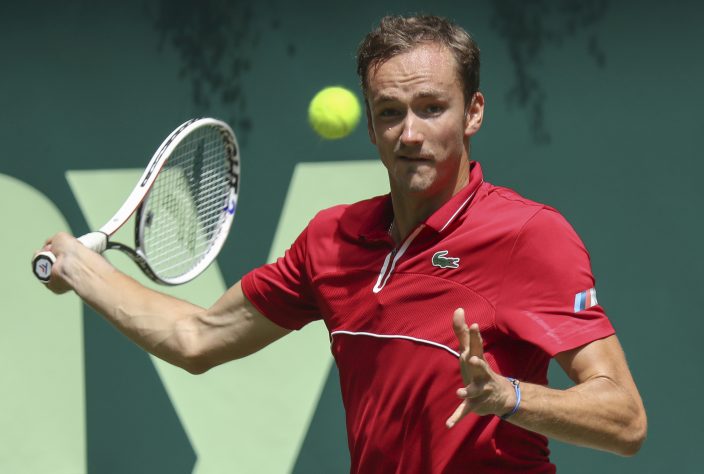 Kei Nishikori booked his spot in the second round after beating Ricardas Berankis 6-3, 2-6, 6-2.