Dangerous, record-busting heat spread across the U.S. Southwest on Tuesday and into parts of Utah, Montana and Wyoming as a dome of high pressure hovered over a large swath of the region, pushing temperatures into the triple digits this week and intensifying the risk for wildfires amid a long-running drought.

Some of the highest temperatures were seen in bone-dry Arizona, where the National Weather Service forecast a record high of 117 degrees (47 degrees Celsius) in Phoenix. The previous high for the date was 115 degrees (46 Celsius), set in 1974.

“It is kind of early to see temperatures this high, that's for sure,” said Marvin Percha, senior forecaster at the weather service's Phoenix office. 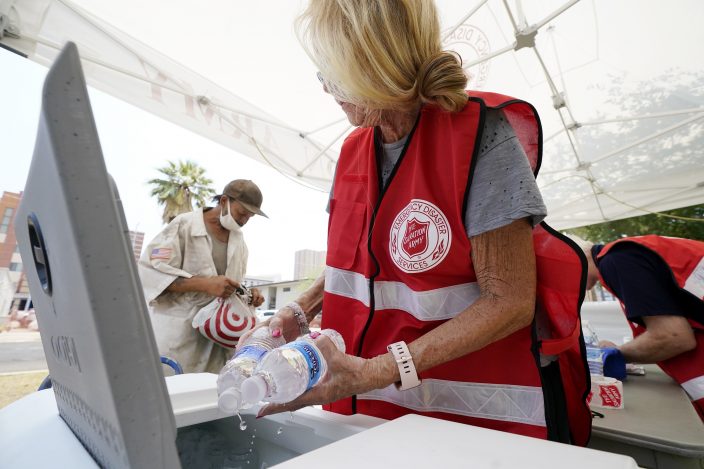 Percha said the high pressure dome combined with the land's lack of moisture caused by extreme drought has combined to create blistering heat expected throughout the entire week.

“What is unusual is the strength and the duration” of the high pressure system, he said.

The temperatures in Phoenix also could break records the rest of the week, with highs expected to reach 116 Wednesday and 118 Thursday and Friday. 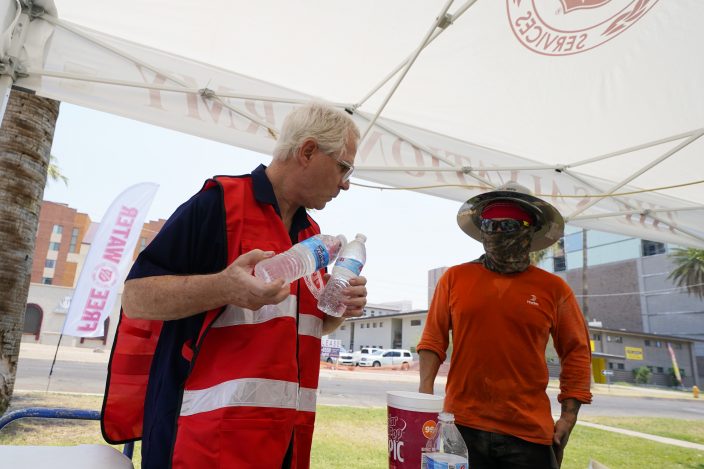 The excessive heat stretched from southeast California across Arizona and Nevada and into New Mexico, where a high of 103 degrees (39 Celsius) Monday at Albuquerque’s airport set a record. It was expected to hit near that Tuesday.

For the second day in a row, Salt Lake City set a heat record, hitting 105 degrees Tuesday, according to the weather service. That also tied the all-time hottest temperature ever recorded in the month of June. On Monday, Utah's capital reached 103 degrees to break a heat record for that date set nearly 50 years ago.

Temperatures in the Las Vegas area also were rising toward possible records during what the weather service was calling the hottest spell in decades. 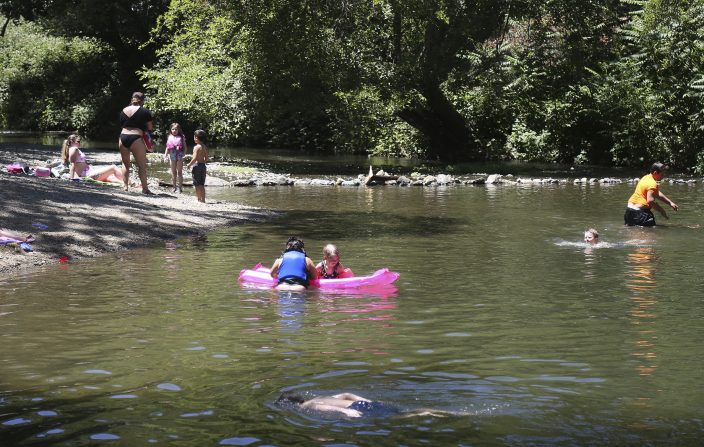 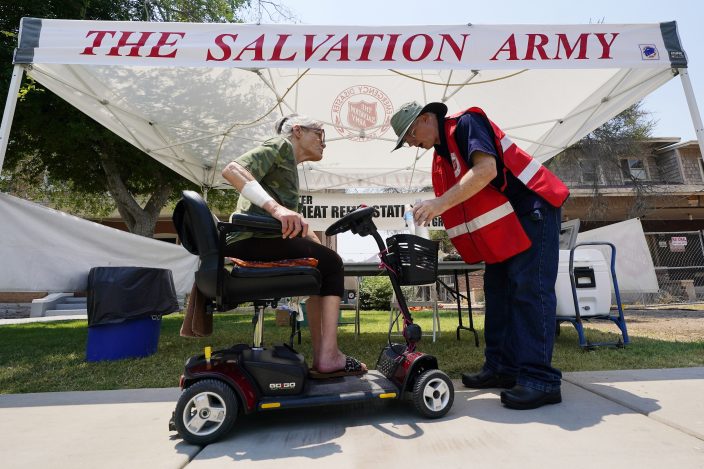 Strong winds with gusts up to 35 miles per hour were expected, threatening to stir up wildfires already burning and make it hard to stamp out new blazes.

A wildfire that broke out Monday near Yellowstone National Park in Montana grew quickly overnight and had burned more than 3 square miles (8 square kilometers) by Tuesday morning, news station KULR-TV reported. Homeowners in the area were told they could be asked to evacuate if conditions worsened.

The heat wave hit at the start of the Southwest's annual monsoon season, which runs Tuesday through Sept. 30 and is supposed to be the region's rainy period, often contributing as much as 60% of the annual precipitation. In this photo provided by Jim Bentler, the Robertson Draw fire is seen burning south of Red Lodge, Mont., on Tuesday, June 15, 2021. Authorities warned of extreme wildfire danger in Montana and Wyoming Tuesday as a sweltering heat wave was forecast to intensify across large parts of the two states after already delivering record high temperatures. (Jim Bentler via AP)

But last year’s monsoon was the driest in recorded history, with an average of just 1.5 inches (4 centimeters) of rain in Arizona.

Percha, the forecaster in Phoenix, said June is Arizona's driest month and that the state doesn't usually start seeing some rain until early July. 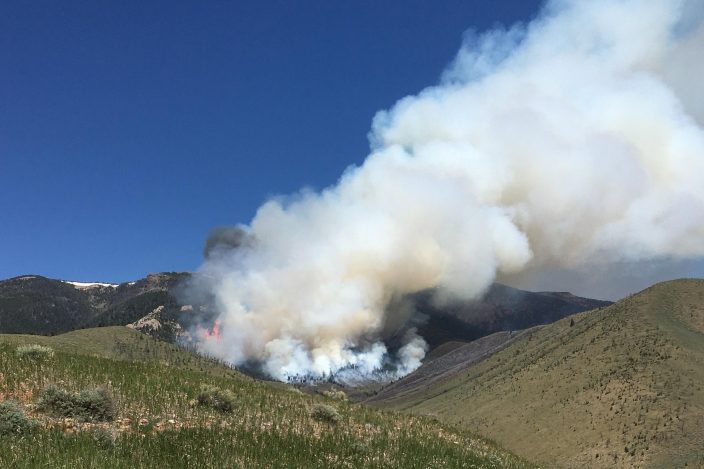 In this photo provided by the Custer Gallatin National Forest, the Robertson Draw fire burns near Red Lodge, Mont., on Monday, June 14, 2021. Authorities warned of extreme wildfire danger in Montana and Wyoming Tuesday as a sweltering heat wave was forecast to intensify across large parts of the two states after already delivering record high temperatures. (Custer Gallatin National Forest via AP)