The Minnesota Vikings have stretched their offseason renovation of the defense into the summer, making one more big splash by bringing back defensive tackle Sheldon Richardson.

Richardson signed a one-year, $3.6 million contract Tuesday with the team he played for in 2018, giving the Vikings a proven interior pass rusher at a position that became a particular vulnerability in 2020 amid an uncharacteristic collapse by a once-dominant unit.

“It was a pretty big-time get for us. He’s an absolute playmaker, and I’m happy he’s back. He’s a great guy in the locker room, always got a smile on his face, and he’s always ready to work,” said safety Harrison Smith, now the longest-tenured player on the team. 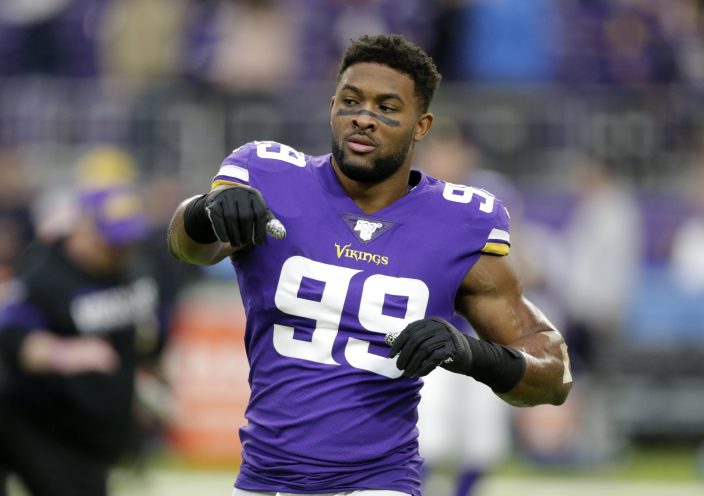 The salary cap space for Richardson was created by a reworked deal for defensive end Danielle Hunter, who also arrived in time for minicamp after skipping the previous sessions this year and missing last season due to a neck injury. The sight of Richardson and Hunter together on the field on an idyllic sunny morning gave the Vikings an additional boost of optimism during a time when it's already running high across the league.

“Every year at this time I’m excited, but I can be truly be confident in saying this is the most excited I’ve been in a long time,” wide receiver Adam Thielen said.

Richardson played the last two seasons for the Cleveland Browns, with 4 1/2 sacks and 10 quarterback hits in 2020. He was released for salary cap savings, a surprise move made two weeks before the draft.

The 30-year-old Richardson joins newcomers Michael Pierce and Dalvin Tomlinson in the middle of the line, with the Vikings determined to boost their defense after a lackluster season that prompted coach Mike Zimmer to call the group the “worst he’s ever had” in his career.

Pierce was signed last year but opted out of the 2020 season due to COVID-19 health concerns. Tomlinson was one of Minnesota's major additions in free agency three months ago. Both of them were acquired as lineup fixtures, meaning Richardson might not be an every-down player. He does have experience at defensive end and outside linebacker in a 3-4 scheme, during the first half of his career with the New York Jets. He said he weighs 286 pounds now, nearly 45 pounds lighter than he did playing outside.

“I get in where I fit in, simple as that," said Richardson, who was also weighing a new, lesser offer from the Browns. He was drawn to a reunion with well-regarded defensive line coach Andre Patterson and the familiarity of the system under head coach Mike Zimmer. 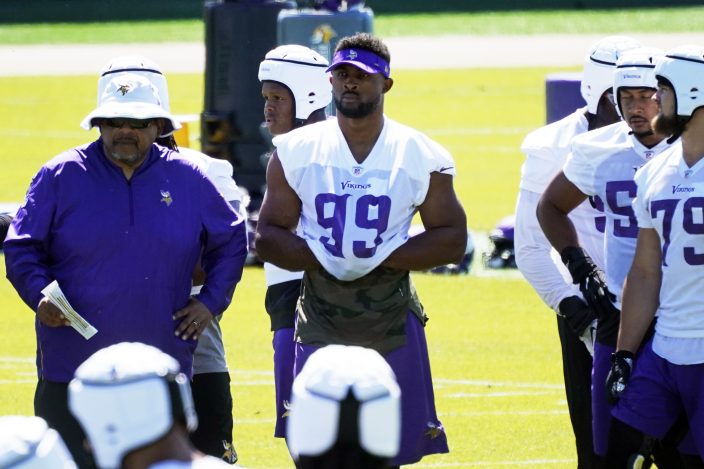 His lone previous season with the Vikings was productive, with 4 1/2 sacks and 16 quarterback hits. They let him leave as a free agent in a salary cap crunch, choosing to re-sign linebacker Anthony Barr. The 13th overall pick in 2013 out of Missouri by the New York Jets, Richardson was the Associated Press Defensive Rookie of the Year award winner. When he was traded to the Seattle Seahawks in 2017, Richardson moved inside to the “3 technique” spot where his pass rushing ability became an even greater asset.

He has played in every game for three straight seasons and has missed only two games to injury in his eight-year NFL career.

Richardson wore No. 9 as he went through drills with the team, at least temporarily taking the number of rookie punter Zach Von Rosenberg, who was waived to make room on the roster. 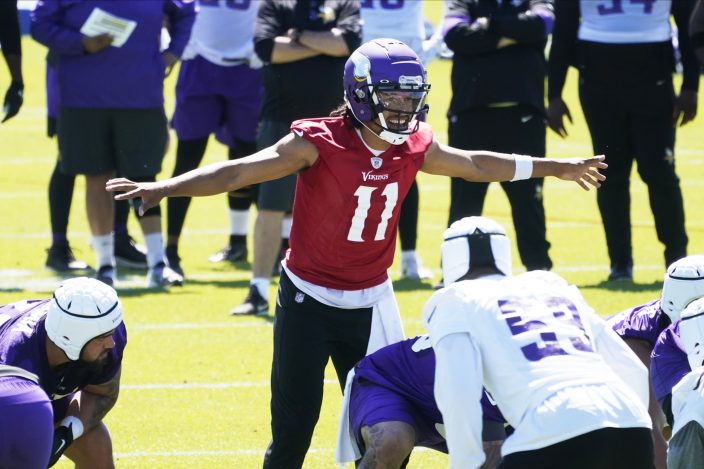 “I’m not looking for popularity. I’m looking to be productive and making sure the guys who play on the field, who play with me and against me, respect me. That’s it,” Richardson said.

The Vikings also re-signed defensive end Stephen Weatherly earlier this offseason, and the secondary got just as major of a revamp as the defensive line. Cornerbacks Patrick Peterson, Bashaud Breeland and Mackensie Alexander and safety Xavier Woods were all signed as free agents. Considering Barr was lost for the season to a pectoral injury in the second game, the Vikings are on track to return only two starters from the lineup they used for the majority of 2020 — Smith and linebacker Eric Kendricks.

“The secondary is always just about as good as the pass rush. You can have great players back there that are going to make plays from time to time just on their own, but throughout the length of the year, you’ve got to have both work together. You’re not going to always cover perfectly and you’re not going to always rush the passer perfectly, so if you can complement one another well, it normally works out in your favor,” Smith said.

The Vikings also signed quarterback Kellen Mond, the third-round pick from Texas A&M, to his rookie deal Tuesday, bringing eight of their 11 draftees under contract.