Their two biggest offseason additions — outside linebacker Bud Dupree and rookie cornerback Caleb Farley — stayed right where they've been all offseason. Dupree is working his way back from the torn ACL that ended his 2020 season, while their top draft pick is recovering from back surgery in March.

The biggest question mark about the defending AFC South champs this year revolves around a defense that was among the NFL's worst in several key categories, something Dupree can't start trying to fix until he's cleared to practice. 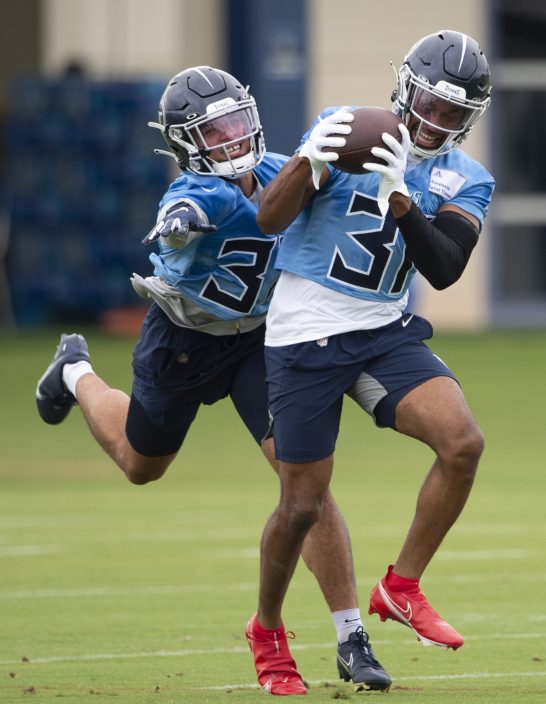 Defensive lineman Jeffery Simmons said players have been talking during Zoom sessions about how they expected more out of the Tennessee defense last year. They know they need to compete at a higher level and be better, specifically on third down.

“The mindset we have right now and the approach we're taking, I think we’re going in the right direction right now,” Simmons said last week. 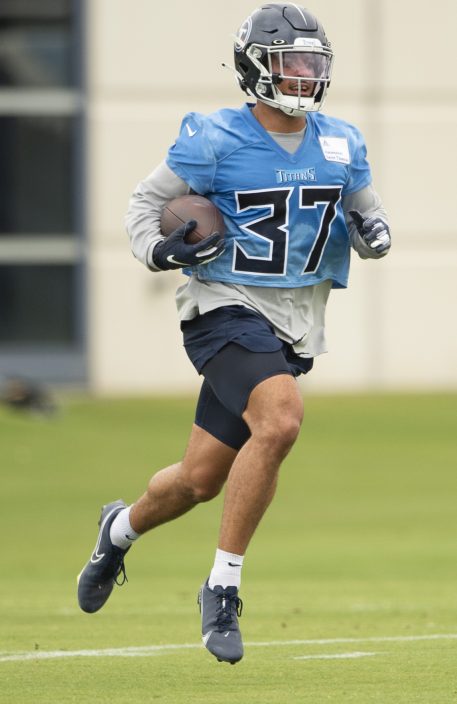 The front office did its part to make clear improvement is necessary.

Gone are seven Titans who started at least three games last season, including three in the secondary to clear salary cap space. Dupree and Autry are among the six veteran free agents signed in March, and then Tennessee drafted five defensive players led by Farley. 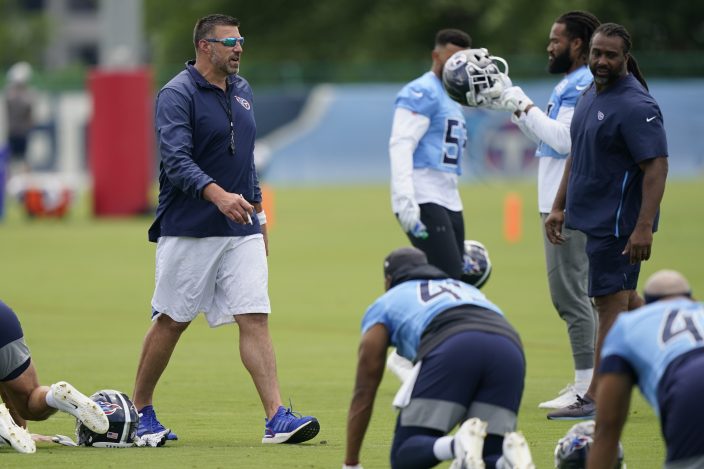 So they have enough coaching experience to fix a unit that ranked last on third-down conversions, 30th with just 19 sacks and 28th in yards allowed per game.

“That’s my job, to make sure that we’re doing things that we feel can help us," Vrabel said.

The coach who played 14 seasons in the NFL at linebacker and won three Super Bowl rings isn't into comparing defenses from year to year, and any status report on where this unit might be will have to wait until training camp at the earliest.

As for the missing pieces, Vrabel said the team has an individual recovery plan for each player coming off an injury or surgery. But he said he has enjoyed coaching Farley, who had a disk in his lower back repaired in March but has been able to take part in rookie walk-throughs.

The Titans tried to boost their pass rush last season by signing Vic Beasley Jr. and then Jadeveon Clowney. But neither had even a half sack in a combined 13 games. Tennessee was last in sacks in the NFL until getting four in the regular season finale to finish ahead of Cincinnati and Jacksonville.

Dupree has been taking part in virtual meetings to learn the Titans' defensive scheme and knows exactly what's expected from him.

“It’s no secret they got me here for that to help out with the pass rush, and I put it on my shoulder,” Dupree said. “And I wear the hat while I’m working out in the offseason, while I’m rehabbing right now getting my knee right.”

NOTES: The Titans had Hasahn French at minicamp on a tryout at tight end. French played basketball at St. Louis and brings size and athleticism at 6-foot-7 and 240 pounds. They already have former wrestler Adam Coon, who hasn't played football since high school, working at offensive lineman. Vrabel said they're looking for athletes that can learn quickly to see if they can transition to the NFL.