Clint Frazier snapped an eighth-inning tie with a pinch-hit double and the New York Yankees hit three solo homers in a much-needed 6-5 win over the Toronto Blue Jays on Tuesday night.

Frazier hit a grounder inside the third-base line to score pinch-runner Tyler Wade from second as the Yankees completed a comeback from a 5-2 deficit and won for the third time in 10 games. The game was played before a crowd of 7,145, mostly in support of New York.

Chris Gittens homered for his first major league hit, Gary Sánchez had two hits, including a leadoff homer in the second inning, and Brett Gardner added a leadoff shot in the seventh that brought the Yankees to 5-4. Bo Bichette homered and had a two-run single for the Blue Jays. Santiago Espinal added three hits for Toronto, which has lost four of six.

Jonathan Loaisiga (6-2) worked one inning to earn the win. Tim Mayza (1-1) allowed a leadoff single to Miguel Andújar in the eighth and took the loss. Aroldis Chapman worked a perfect ninth for his 13th save. 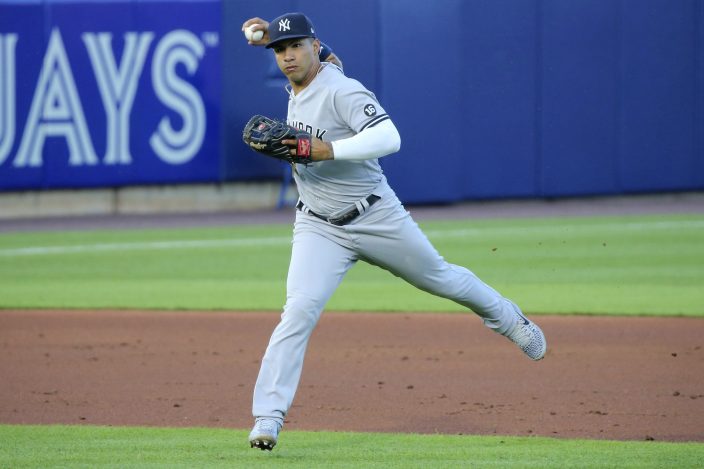 Bichette led off the third with his 14th homer to give Toronto a 2-1 lead. Gittens countered with a 439-foot shot to left-center in the fourth that tied it at 2.

Toronto took a 3-2 lead in the fourth when Joe Panik scored on a passed ball, and went up 5-2 on Bichette's single. 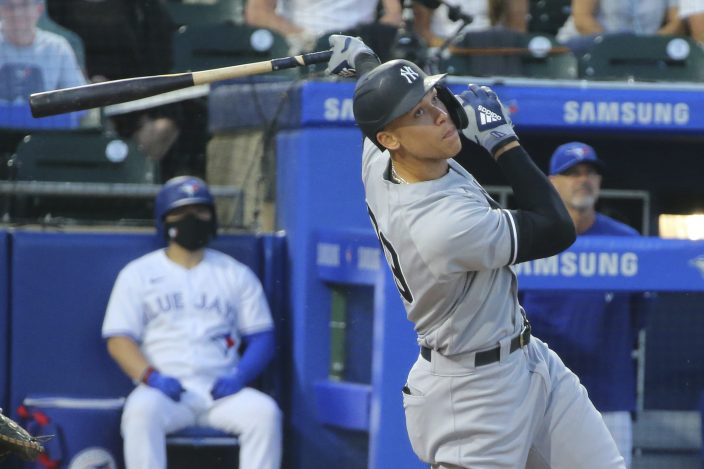 DJ LeMahieu scored on Anthony Castro's wild pitch in the seventh to tie the game at 5.

The Blue Jays threatened in the eighth, loading the bases with two outs before Bichette flied out. 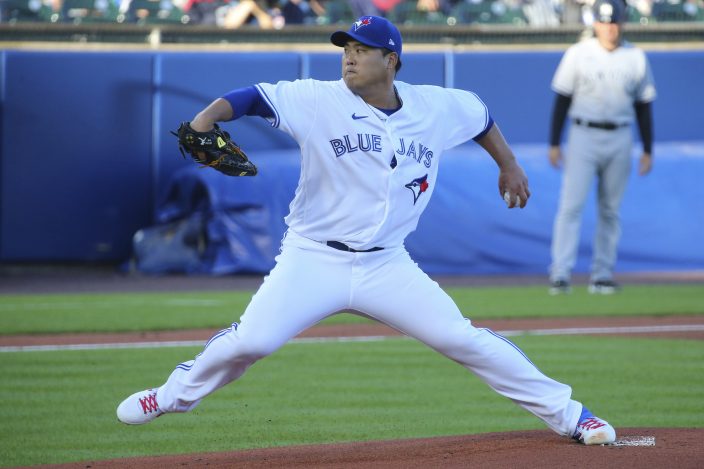 Toronto slugger Vladimir Guerrero Jr. began the day leading the American League in batting average (.346), home runs (22) and RBIs (56). According to the Elias Sports Bureau, he is the first 22-year-old since Al Kaline in 1955 to lead in all three categories after 60 or more games.

Guerrero went 1 for 4 and grounded out against Chapman on a full-count pitch. 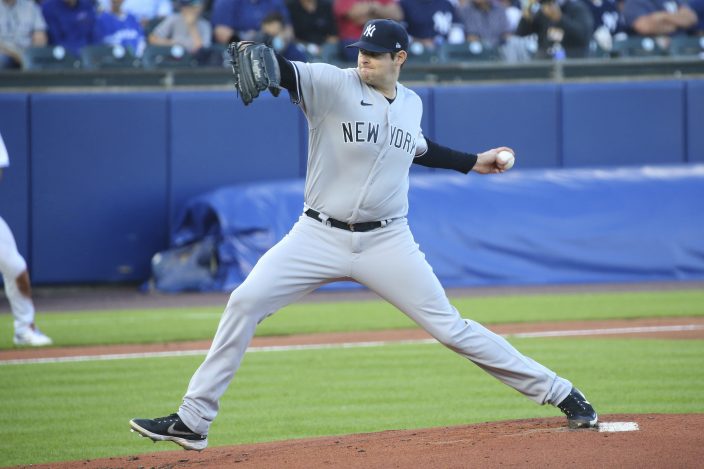 Yankees: Manager Aaron Boone said RHP Luis Severino, who left in the second inning of a rehab appearance Saturday, has a Grade 2 groin strain and went back to New York to work on a treadmill and keep active. Boone added that Severino's comeback from February 2020 Tommy John surgery, recently projected to be in late June, will now be delayed by another month. ... RHP Clarke Schmidt (elbow strain) threw another bullpen, and Boone said Schmidt used all his pitches but he had no timeframe for starting a rehab assignment. ... 1B Luke Voit had his rehab assignment transferred from Triple-A Scranton/Wilkes-Barre to Double-A Somerset. 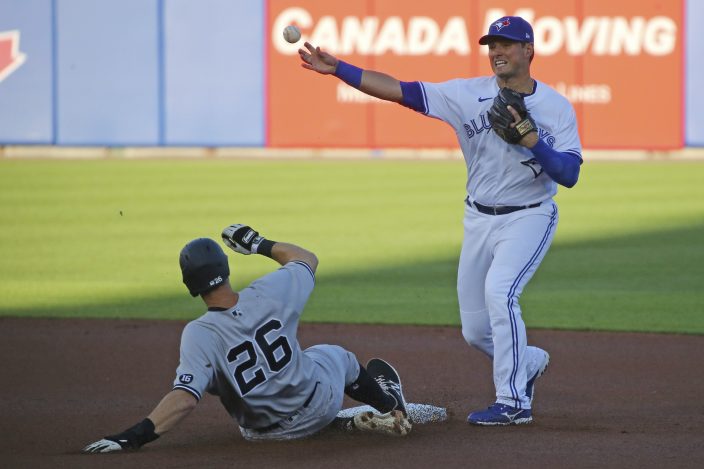