The Cincinnati Reds broke open a scoreless game in the 10th inning without the benefit of a hit and held on to beat the Milwaukee Brewers 2-1 on Tuesday night.

Brett Anderson worked seven innings of one-hit ball for Milwaukee and combined with three relievers on a two-hitter, but it all fell apart for Brad Boxberger (2-2) in the 10th.

Boxberger hit Tyler Stephenson with a pitch and walked Joey Votto to load the bases. Then he hit Eugenio Suárez with a pitch to score Nick Castellanos, who started the inning at second base. Stephenson scored on a sacrifice fly by Kyle Farmer. 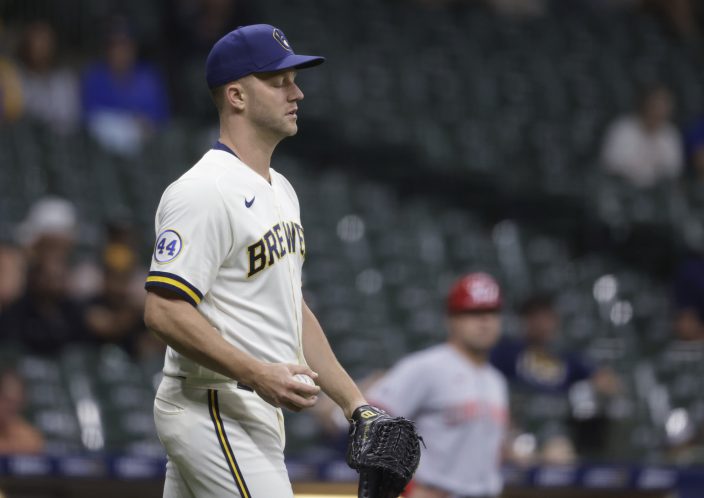 Milwaukee Brewers relief pitcher Brad Boxberger reacts after giving up a run to the Cincinnati Reds during the 10th inning of a baseball game Tuesday, June 15, 2021, in Milwaukee. (AP PhotoJeffrey Phelps)

Cincinnati, which has won five straight and 10 of 12, also was outstanding on the mound. Luis Castillo allowed three hits in seven scoreless innings, and four relievers completed the four-hitter. Lucas Sims (4-1) pitched a scoreless ninth and Amir Garrett got the final out for his third save.

The Brewers' Daniel Robertson had a two-out RBI single in the 10th off Heath Hembree.

The teams combined to strike out 27 times on the day Major League Baseball said it would crack down on pitchers using illegal foreign substances to improve their grip and throw pitches with more spin. Neither team got a runner past second base until the sixth inning. 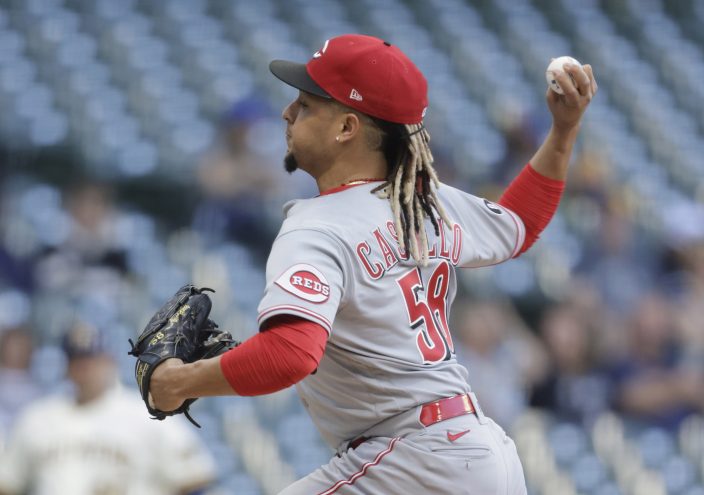 Castillo came in with the most losses (nine) and highest ERA (6.47) among major league starters but had little trouble with a Brewers lineup that entered Tuesday with the lowest batting average and most strikeouts in the NL. He struck out seven and walked three.

Anderson hasn't won since April 17. He struck out nine and walked one. 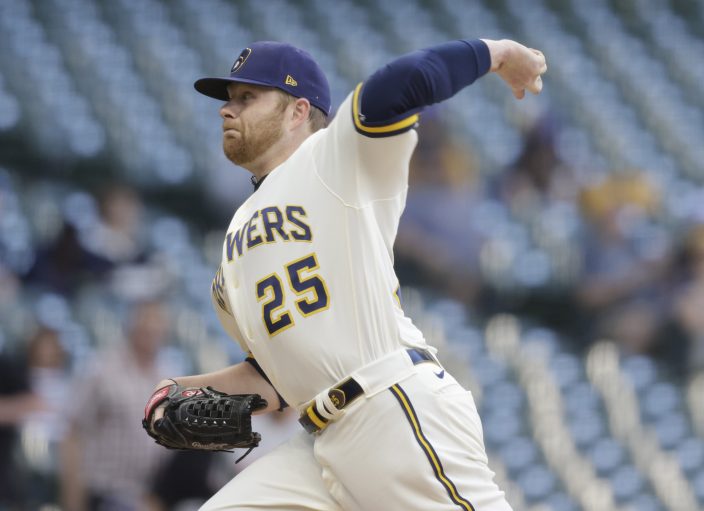 Reds: Sent 3B Mike Moustakas (right heel contusion) to Triple-A Louisville on a rehabilitation assignment. He was placed on the 10-day injured list on May 20.

Cincinnati RHP Tyler Mahle (6-2, 3.56 ERA) faces Milwaukee RHP Freddy Peralta (6-1, 2.25 ERA) on Wednesday as the Reds seek a three-game sweep. Mahle has won each of his previous four starts, while Peralta has given up one run in each of his past three.