Jose Altuve belted a grand slam in the 10th inning and the Houston Astros, saved by Carlos Correa's tying homer in the ninth, beat the Texas Rangers 6-3 on Tuesday night to give manager Dusty Baker quite an exciting birthday gift.

After Texas drove in the automatic runner in the top of the 10th for a 3-2 lead, Rangers rookie reliever Demarcus Evans (0-2) walked Myles Straw and pinch-hitter Jason Castro to load the bases with no outs in the bottom half.

Altuve then launched his soaring shot into left field to put the Astros on top and start the party. 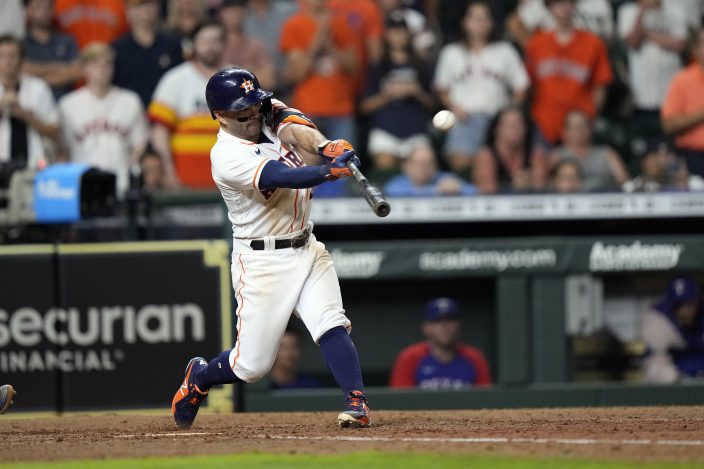 Altuve was doused with water at home plate before sharing a hug with Baker, who celebrated his 72nd birthday.

Correa hit a solo homer to the opposite field shot with two outs and two strikes in the ninth off Josh Sborz, making it 2-all.

Nate Lowe’s RBI single off Ryan Pressly (3-1) with two outs in the 10th put the Rangers up. 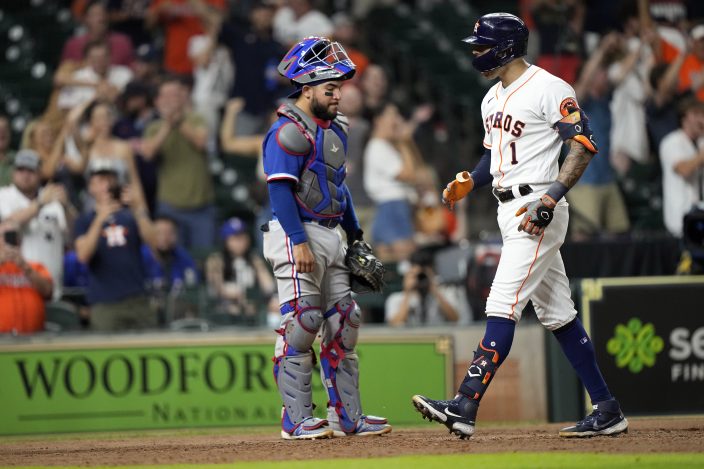 Joey Gallo had an RBI double off Lance McCullers Jr. in the fourth and a bases-loaded walk in the fifth to give the Rangers a 2-0 lead.

A sacrifice fly by Yuli Gurriel got the Astros within a run in the sixth.

Kyle Gibson allowed seven hits and a run over six innings in his 13th start and third since coming off the injured list for Texas. 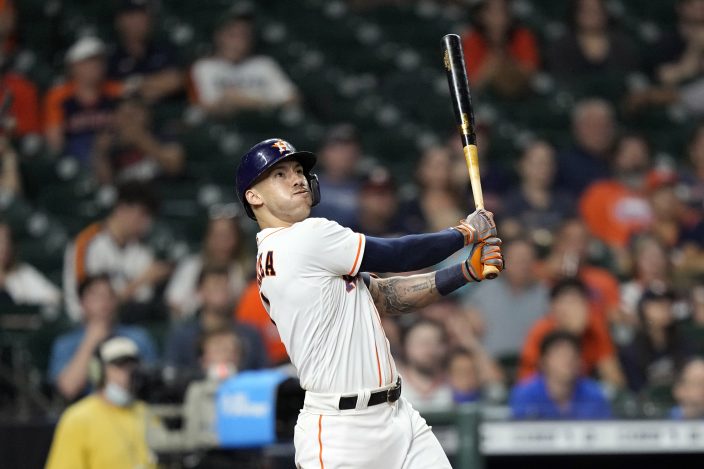 McCullers yielded three hits and one earned run in 4 1/3 innings in his return from the injured list. He had been out since May 23 because of soreness in his right shoulder.

Altuve hit an infield single with no outs in the sixth before Michael Brantley singled on a comebacker that hit Gibson on the back of the right leg. Gibson was a bit shaken up on the play and was checked on by a trainer before throwing a few warmup pitches and remaining in the game. 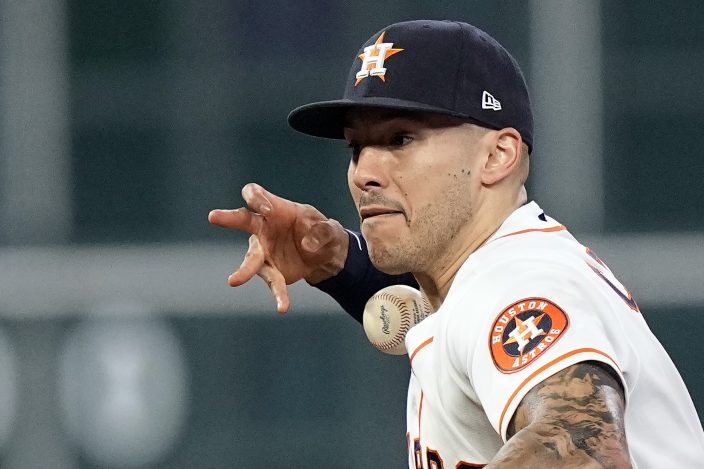 Astros: OF Kyle Tucker missed the game with an undisclosed illness. ... Castro (left Achilles tendon soreness) was activated from the injured list on Tuesday. ... C Garrett Stubbs and RHP Nivaldo Rodriguez were optioned to Triple-A Sugar Land to make room for McCullers and Castro on the roster. 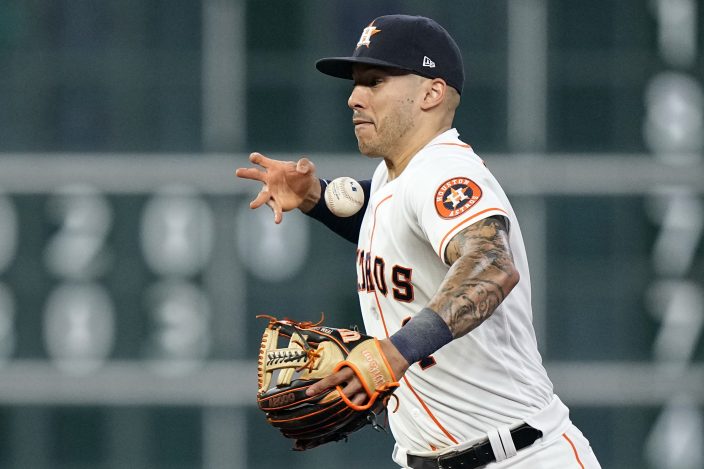 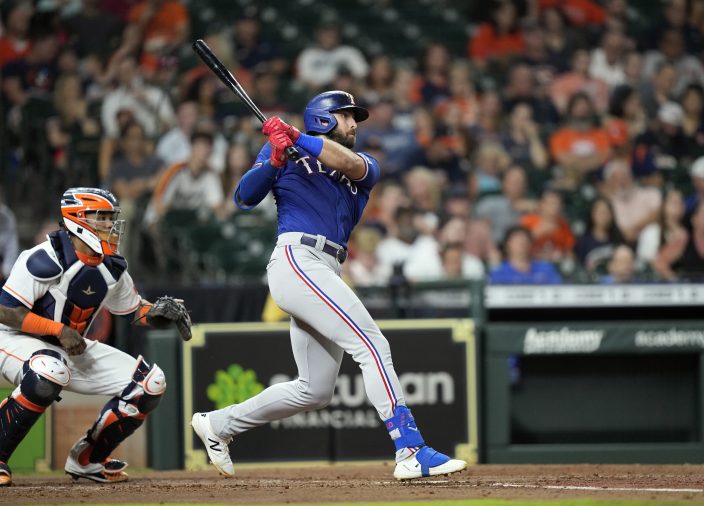