Fernando Tatis Jr. hit his NL-leading 20th home run of the season for San Diego, which has lost 11 of 15. 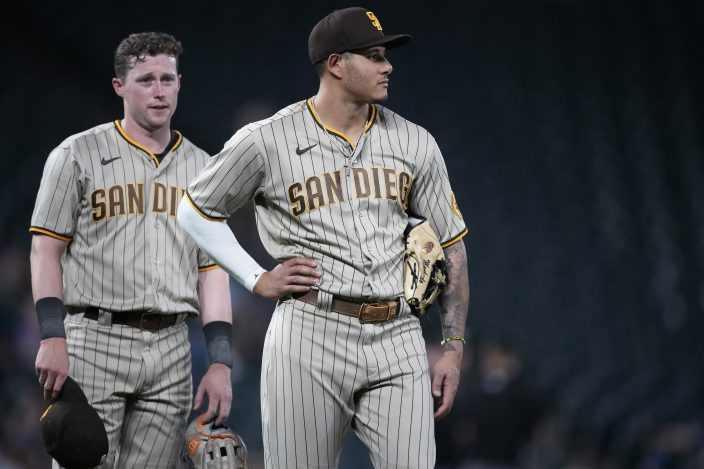 McMahon went 3 for 3 with a sacrifice fly and Yonathan Daza had three hits. Raimel Tapia doubled twice and drove in the go-ahead run in the seventh.

It was 4-all when Garrett Hampson, pinch-hitting for reliever Carlos Estévez (1-0), tripled off Tim Hill (3-3) in the seventh. Tapia followed with a double, extending his hitting streak to 12 games, and scored on a sacrifice fly by McMahon.

The Padres gave starter Yu Darvish a 4-0 lead after two innings, but he couldn't hold it. He allowed four runs and five hits in five-plus innings. 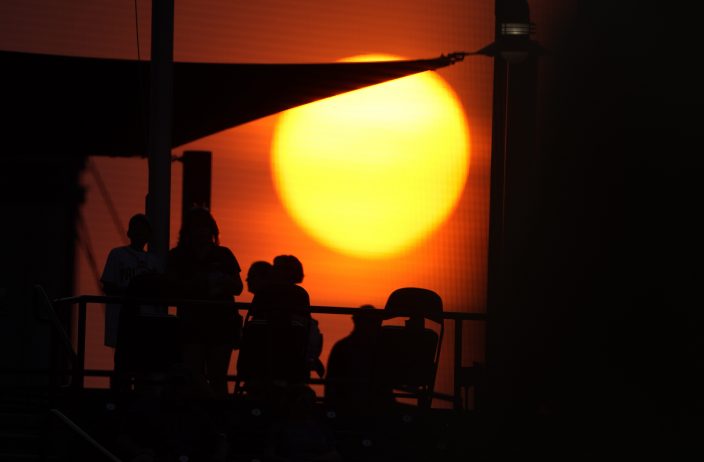 The sun sets as fans wander the main concourse of Coors Field in the fourth inning of a baseball game between the Colorado Rockies and the San Diego Padres on Tuesday, June 15, 2021, in Denver. (AP PhotoDavid Zalubowski)

Colorado closed to 4-2 in the fourth when Trevor Story doubled, McMahon tripled and Brendan Rodgers singled.

Colorado tied it in the sixth as Story opened the inning with a walk and McMahon connected for his 16th home run of the season, chasing Darvish. 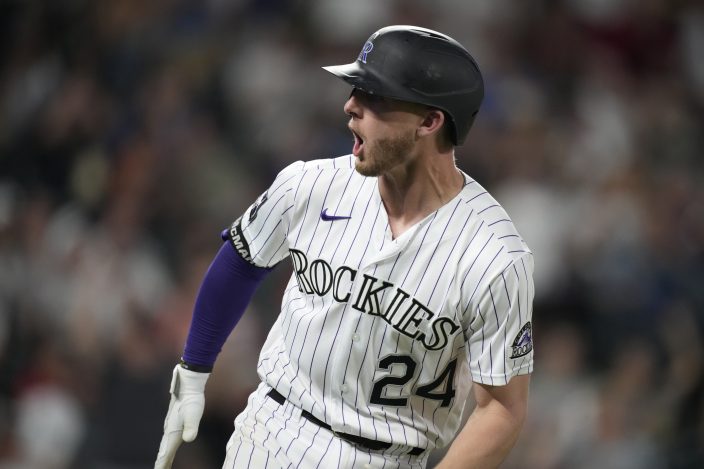 Colorado Rockies' Ryan McMahon turns to the dugout and yells as he heads up the first-base line after hitting a two-run home run off San Diego Padres starting pitcher Yu Darvish during the sixth inning of a baseball game Tuesday, June 15, 2021, in Denver. (AP PhotoDavid Zalubowski)

San Diego added two more runs in the second after Jake Croneworth singled and Jurickson Profar doubled, snapping an 0-for-21 slump. Victor Caratini had an RBI groundout and Darvish followed with a single to drive in his first run of the season. 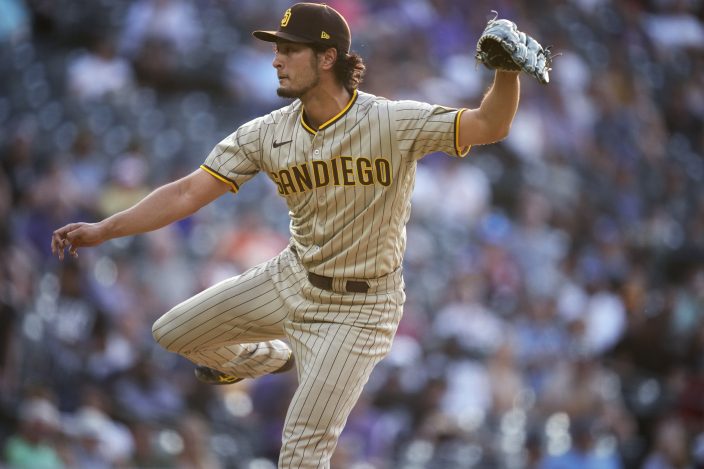 All the runs scored in pairs. Colorado four two-run innings, the Padres had a pair of two-run frames. 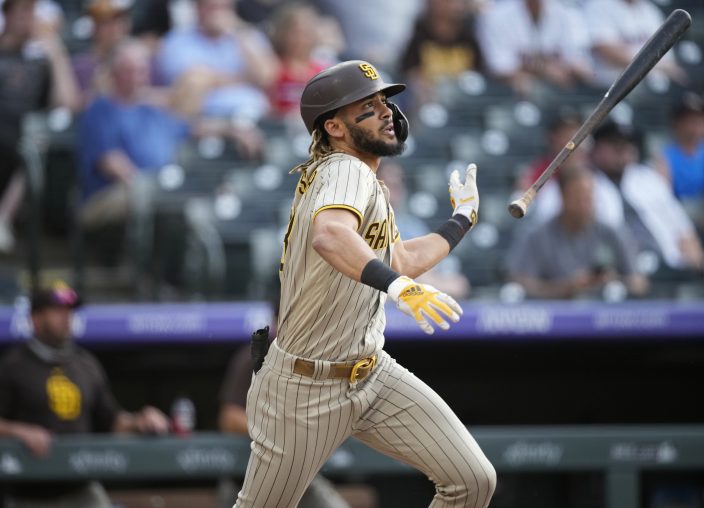 LHP Blake Snell (2-3, 4.97 ERA) is set to start Wednesday’s series finale for the Padres against Colorado LHP Kyle Freeland (0-2, 9.00), who is making his fifth start since being reinstated May 25 from the injured list. Freeland has not gone beyond the fifth inning in any of his previous starts this season.

France drives in 4 as Padres rally past Rockies