The Arizona Diamondbacks blew a seven-run lead and lost their 21st straight road game, one short of the major league record, when Mike Yastrzemski hit a grand slam in the eighth inning that lifted the San Francisco Giants to a 9-8 victory Tuesday night.

Arizona was ahead 7-0 in the second inning, but couldn’t hold it and lost its 12th straight overall.

The Diamondbacks can match the record of 22 consecutive road defeats shared by the 1963 New York Mets and the 1943 Philadelphia Athletics when they play the Giants at Oracle Park on Wednesday night. Arizona hasn’t won on the road since April 25 at Atlanta. 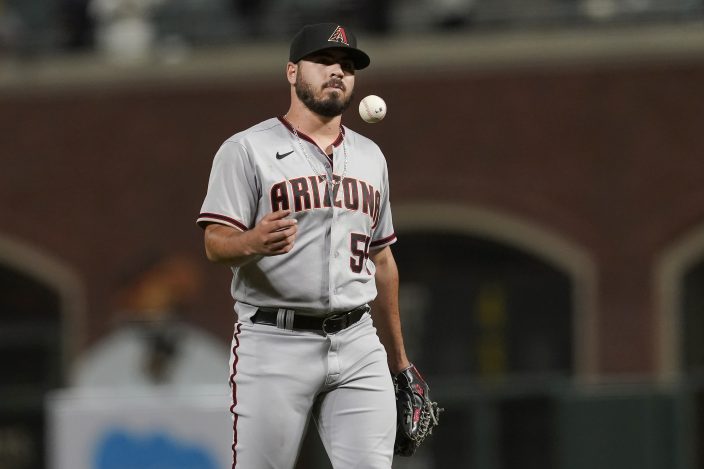 The Giants trailed 8-5 when Belt doubled leading off the eighth against Humberto Castellanos (0-1). San Francisco loaded the bases with two outs and Yastrzemski launched a 1-2 pitch deep over the right field fence into McCovey Cove for his first career grand slam. 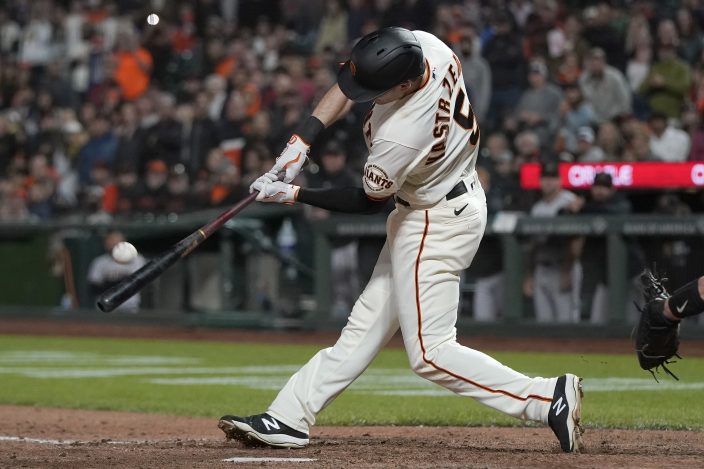 Giants starter Zack Little threw 17 pitches and allowed four hits and four runs without retiring a batter in his second start as an opener in the last seven days.

Arizona scored three times in the second and added a later run that helped it take an 8-3 lead into the bottom of the sixth. 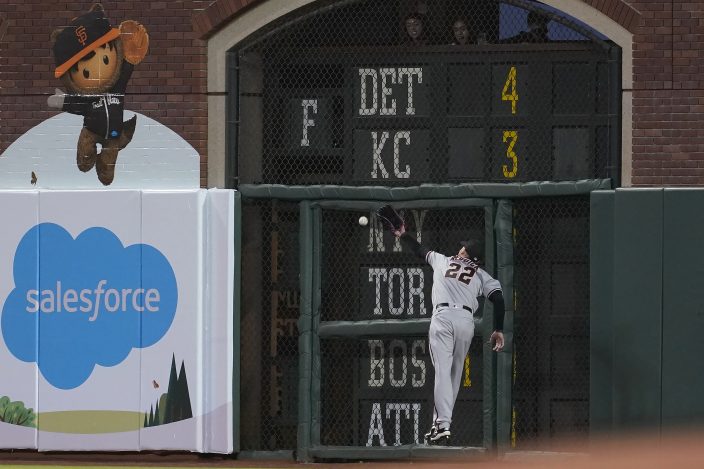 Diamondbacks: RHP Taylor Clarke was placed on the injured list with a strained muscle in the upper body. RHP Seth Frankoff was transferred to the 60-day IL.

Giants: INF/OF Darin Ruf may have to stay on the injured list longer than expected after being unable to run the bases with the intensity that the Giants hoped he would Monday, although Kapler declined to call it a setback. Ruf has been out since May 27 with a strained right hamstring.

RHP Anthony DeSclafani (6-2, 3.09 ERA) faces the Diamondbacks on Wednesday. DeSclafani pitched a two-hit shutout against the Nationals on June 11. Arizona RHP Merrill Kelly (2-6, 5.14) makes his sixth career start against the Giants. Kelly enters the game holding opponents to a .235 average over his last four starts on the road.