Seattle starter Chris Flexen tossed eight sharp innings while striking out a career-high eight, and was backed by an early offensive outburst that plated five runs in the first two innings.

Crawford became the first Mariners player to homer on the opening pitch since Dustin Ackley in 2012 when he drove Happ’s fastball out to right field for his fourth of the season. 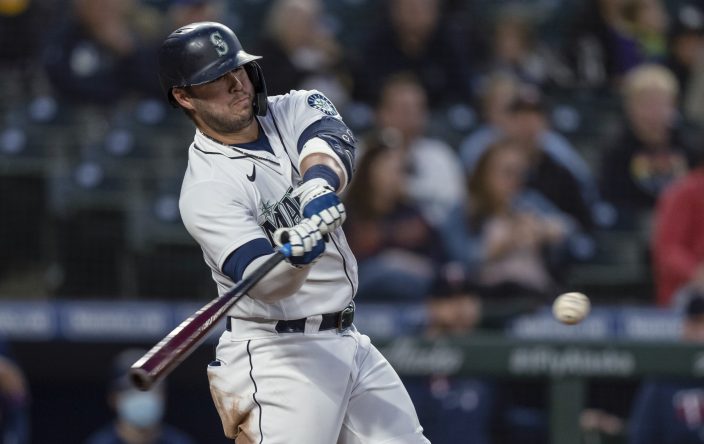 Long, recently recalled from the minors after a lengthy recovery from a stress fracture in his shin sustained last season, provided the big blow in the second inning with a bases-loaded liner into the right-center gap and capped the triple with a belly-flop slide into third base.

Jake Fraley and Ty France added RBI singles, and Luis Torrens and France both hit solo homers late in the game. France had not gone deep since April 18. Seattle set a season high for runs and matched its season best in hits with 14.

Flexen (6-3) had never pitched beyond the seventh, but scattered four hits and twice had baserunners quickly eliminated by double plays. No runner reached second base for the Twins as Flexen walked none, and only a pitch count of 107 kept him from attempting to finish a complete game. 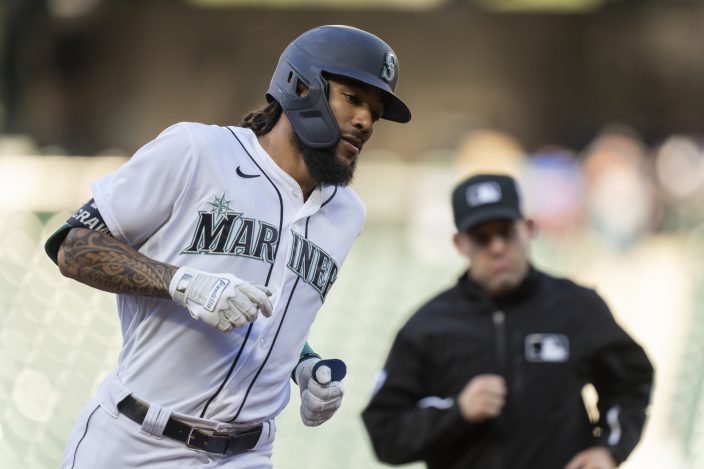 It was the sixth time in 12 starts this season that Flexen has allowed one earned run or none.

Happ (3-3) lasted just four innings, the third time in his past seven starts the lefty failed to pitch into the fifth. Aside from Crawford’s homer and Long’s triple, Happ wasn’t hit especially hard, but the quantity added up to trouble. His nine hits allowed matched a season high. 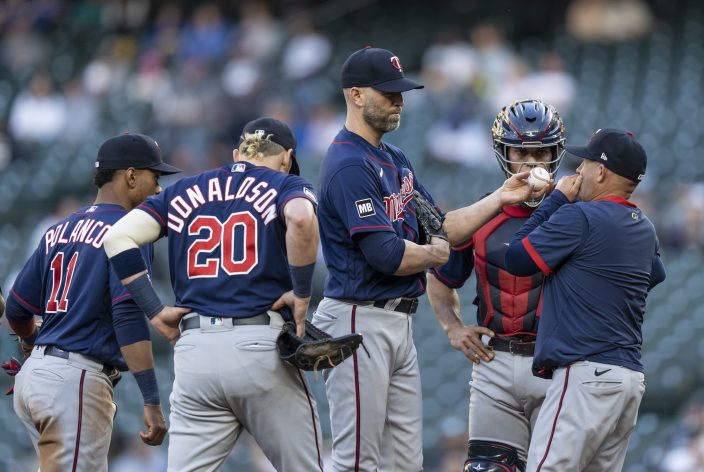 Twins: OF Byron Buxton (hip strain) ramped up his activity a bit, going through a full pregame workout with a little additional running added on, manager Rocco Baldelli said. It’s still unclear if Buxton will be activated for the series finale Wednesday or if the Twins will wait until after Thursday’s off day and a weekend series at Texas.

Mariners: Seattle remains hopeful OF Mitch Haniger will be back in the lineup in the next few days after fouling a pitch off his knee last Sunday in Cleveland. Haniger went through some pregame baseball activities and manager Scott Servais felt a stint on the injured list would not be needed for the starting right fielder. 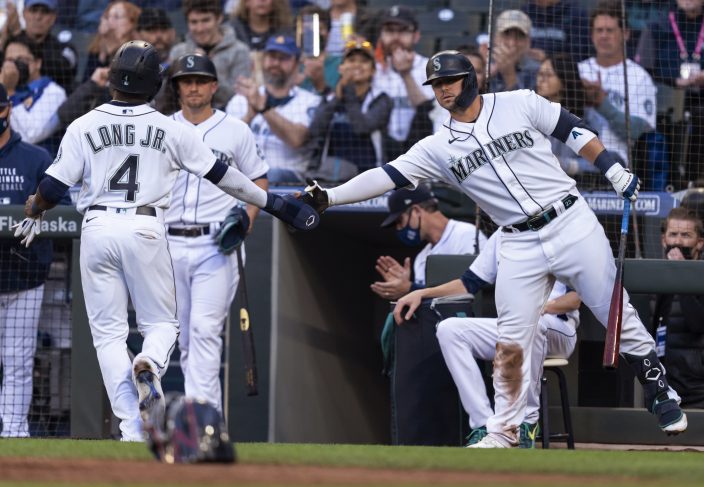 Seattle Mariners' Shed Long Jr. (4) is congratulated by Ty France (23) after scoring on a passed ball during the second inning of a baseball game against the Minnesota Twins on Tuesday, June 15, 2021, in Seattle. (AP PhotoStephen Brashear)

Mariners: LHP Justus Sheffield (5-5, 4.91) lasted just four innings in his last start against Detroit and has made it through six just once in his past six starts. 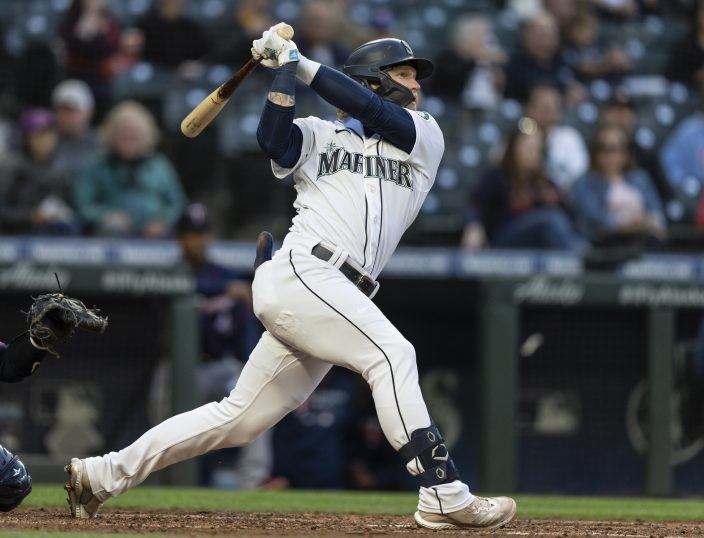 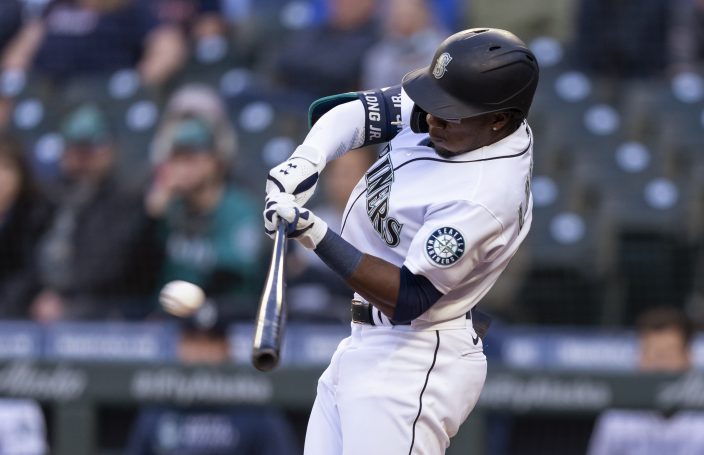 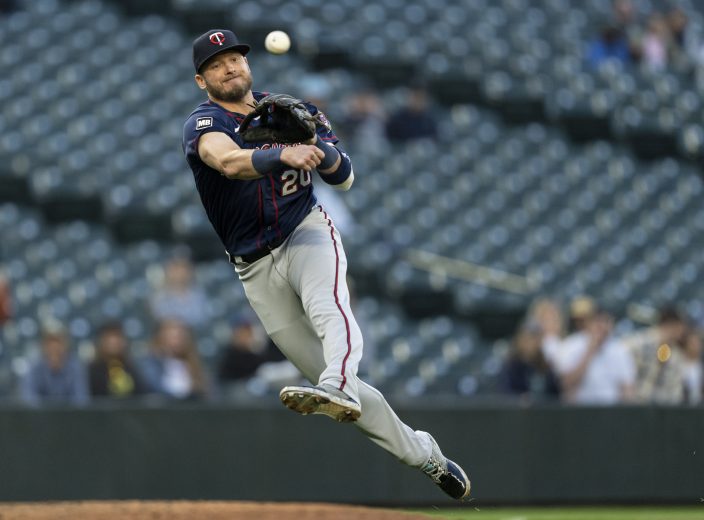 Minnesota Twins third baseman Josh Donaldson throws to first base for the out on a ball hit by Seattle Mariners' Ty France during the fourth inning of a baseball game Tuesday, June 15, 2021, in Seattle. (AP PhotoStephen Brashear)