When the Tampa Bay Lightning won the Stanley Cup last year, it was the first time most of their players and coaches had ever lifted the trophy.

Now that they have savored the taste of winning, they want to help trade deadline pickup David Savard do the same in his 10th NHL season.

“We’ve all been in that situation before,” said Lightning forward Patrick Maroon, the only player to win the Cup in 2019 and 2020. “He wants to win his first championship. That’s why we play this game. We play to win. He’s been working hard for us, he’s been a great addition for us, so hopefully the guys can keep working hard for him and finding ways for him because he deserves it.” 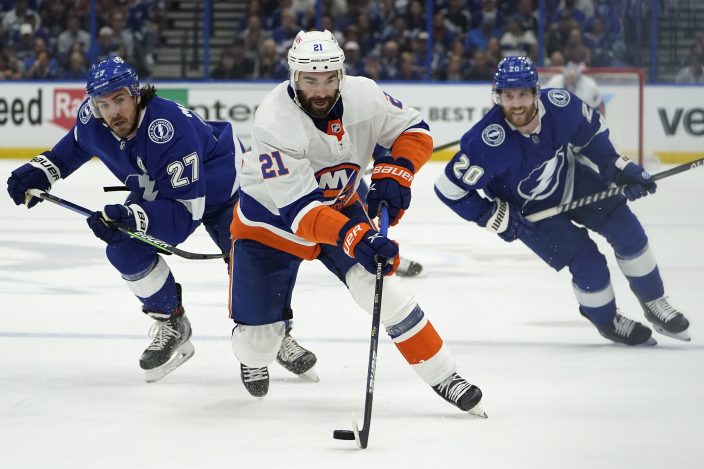 Deserve's got nothing to do with it in a sport with so many unpredictable bounces that create long-lasting legacies, but all four teams left in the playoffs have at least one player worth rooting for who is running out of chances to win it all.

The Vegas Golden Knights have captain Mark Stone, forwards Max Pacioretty, Jonathan Marchessault and Ryan Reaves and defenseman Nick Holden on the wrong side of 30 without a Cup ring. Andy Greene, Travis Zajac, Kyle Palmieri, Cal Clutterbuck, Matt Martin and Josh Bailey are in that club for New York. And Montreal Canadiens captain Shea Weber isn't getting any younger at 35.

“Huge hunger,” said Vegas coach Peter DeBoer, who has taken two teams to the final but is looking for his first NHL championship. “Especially veterans like that: Pacioretty, Stone come to mind just because these guys have been in the league for a while now, and they know few and how rare these opportunities are.” 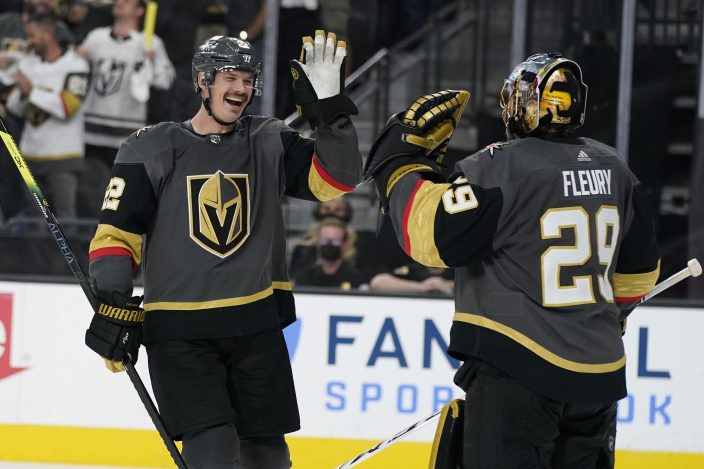 Palmieri recently contemplated that rarity thinking back to his last trip to the third round: in 2015 as a fresh-faced 24-year-old with Anaheim. The Ducks lost to Chicago in seven and traded Palmieri to New Jersey that summer.

Until this run, he had played five playoff games since.

“I don’t think you necessarily took it for granted, but it’s kind of something you expected to come at the end of the year,” Palmieri said Tuesday. “Making the switch to Jersey, that’s something that you kind of lost sight of. To have the opportunity to come here and help this team to achieve a goal is something you dream about, and it’s an opportunity that I definitely don’t want to let go to waste.” 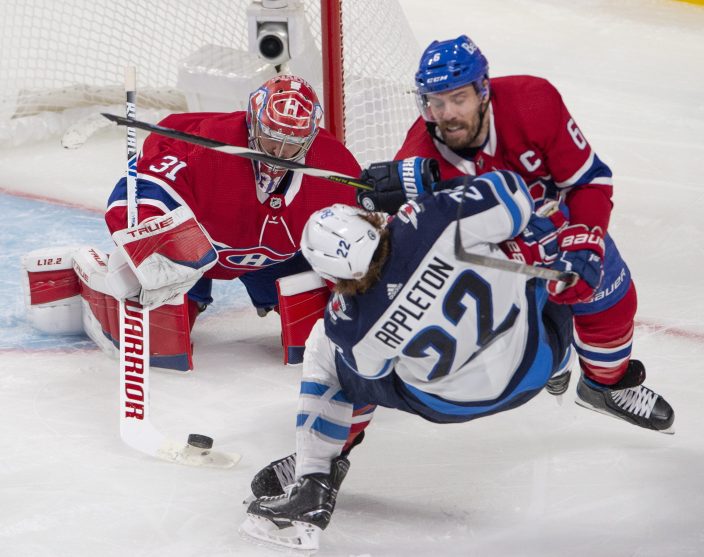 Savard never advanced this far during a decade with the Columbus Blue Jackets, so he understands that mentality. Much like Palmieri, changing teams at the deadline gave him this opportunity.

Unlike Palmieri, Savard is surrounded by teammates who have won it all recently.

“They know how to win, and that’s why it was so exciting for me to come here,” Savard said. “It’s a fun experience for me, and I’m just trying to enjoy every moment right now. It’s going to be hard to get all the way to the final and we’ve got a really good team in front of us.”

The Islanders have a general manager in Lou Lamoriello who won the Cup three times with the Devils and a coach in Barry Trotz who won in 2018 with Washington. But Nick Leddy is their only player with a Cup ring, so the hunger is deep on Long Island even if Greene was the only player alive (in diapers) during New York's early '80s dynasty days.

“So many people have a connection to back in the glory days when they won four straight,” 29-year-old Brock Nelson said. “The teams, the players that have come through here, there’s lots of history.”

More recent history is full of near-misses for lots of players left in the postseason. Nine Vegas players remain from the inaugural season when they reached the final before losing to Trotz's Capitals; DeBoer, Greene and Zajac got to Game 6 against Los Angeles in 2012 and Weber led Nashville to the 2017 final before getting beat by Pittsburgh.

Just as the Lightning are playing for Savard, Canadiens players are motivated by trying to get Weber the championship that has so far eluded him.

“This guy competes every day, cares for the group, has no ego,” said veteran Eric Staal, who won early in his career with Carolina in 2006. “He goes out about his business every single day, and those are guys you love to play with. I think our young guys see that daily every day, and everybody knows the importance of the opportunity that we have.”

The Cup champions understand that as much as those who haven't won. DeBoer said Alex Pietrangelo, who captained St. Louis to the Cup two years ago, has tried to explain what that taste was like and the desire to get there again.

Reigning playoff MVP Victor Hedman knows it well. He hopes Savard's fresh look and the Lightning's winning experience is the right blend to get it done again.

'Savvy hasn’t had that opportunity yet, but he’s brought a lot of excitement into the room and just a great guy to be around," Hedman said. “We’re still very, very hungry. Even though you go all the way, that’s contagious. You want to do it again."