The latest on the U.S.-Russia summit in Geneva:

GENEVA — A spokesman for Russian President Vladimir Putin cautioned that Putin's talks with U.S. President Joe Biden “will not be easy” or likely yield any breakthroughs.

Putin spokesman Dmitry Peskov said a few hours before the Russia-U.S. summit in Geneva on Wednesday that the topics on the broad agenda “are mostly problematic." 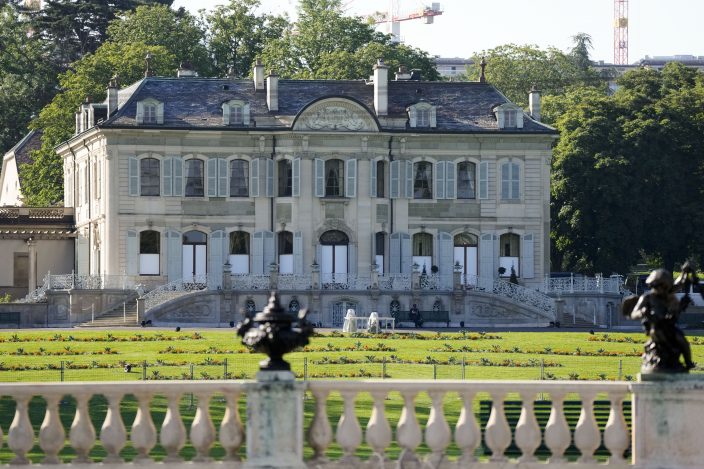 A police officer sits on a bench in in front of the 'Villa la Grange' ahead of the meeting of US President Joe Biden and Russian President Vladimir Putin at the villa, in Geneva, Switzerland Wednesday, June 16, 2021. (AP PhotoMarkus Schreiber)

"We have many long-neglected questions that need to be trawled through. That’s why President Putin is arriving with an attitude to frankly and constructively set questions and try to find solutions,” Peskov said.

“No, this day cannot become historic, and we shouldn’t expect any breakthroughs. The situation is too difficult in Russian-American relations," he continued. "However, the fact that the two presidents agreed to meet and finally start to speak openly about the problems is already an achievement. We can say that without having started yet, the summit already has a positive result, but we should not await breakthroughs.”

GENEVA — U.S. President Joe Biden and Russia’s Vladimir Putin are set to meet for their highly anticipated summit in the Swiss city of Geneva. It’s a moment of high-stakes diplomacy that comes as both leaders agree that U.S.-Russian relations are at an all-time low.

For four months, the two leaders have traded sharp rhetoric. Biden has repeatedly called out Putin for malicious cyberattacks by Russian-based hackers on U.S. interests, for disregard of democracy in the jailing of Russia’s top opposition leader and for interfering in American elections.

Their talks on Wednesday are expected to last four to five hours. In advance, both sides set out to lower expectations. Arrangements for the meeting have been carefully choreographed and vigorously negotiated by both sides.

Putin and his entourage will arrive first at the summit site: Villa La Grange, a grand lakeside mansion set in Geneva’s biggest park. Next come Biden and his team. Swiss President Guy Parmelin will greet the two leaders.

Biden and Putin first will hold a relatively intimate meeting joined by U.S. Secretary of State Antony Blinken and Russian Foreign Minister Sergey Lavrov. The talks will then expand to include five senior aides on each side.

After the meeting concludes, Putin is scheduled to hold a solo news conference, with Biden following suit. The White House opted against a joint news conference, deciding it did not want to appear to elevate Putin at a moment.