The Philadelphia Phillies will be without second baseman Jean Segura for at least three weeks with a Grade 1 left groin strain, while slugger Bryce Harper is day to day with lower back tightness after both were injured Tuesday.

Segura was added to the 10-day injured list Wednesday before a game at Dodger Stadium, and infielder Nick Maton was recalled from Triple-A Lehigh Valley.

Segura and Harper were hurt during a 5-3 loss to the Los Angeles Dodgers. Harper left in the fourth inning after he struck out swinging, and Segura appeared to injure himself crossing first base on a ground ball in the ninth. 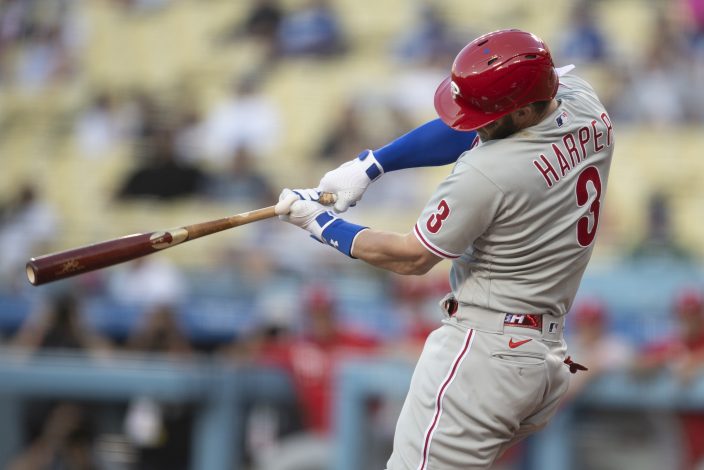 Harper was not in the lineup in Wednesday’s series finale against the Dodgers but is considered probable to return Friday in the opener of a three-game series at San Francisco.

Segura is batting .332 with three home runs and 20 RBIs and had been particularly hot of late with three-consecutive three-hit games before the Phillies started a three-game series at Los Angeles on Monday.

Harper is hitting .274 with eight home runs and 18 RBIs, with a three-hit game Saturday at home against the New York Yankees, while collecting two hits and the Phillies’ only RBI in Monday’s 3-1 defeat to the Dodgers.