Singer Cody Simpson has qualified for the 100-meter butterfly final at the Australian Olympic swim trials but will need to vastly improve on his time in Thursday night's final to be considered for the Tokyo Games.

Simpson was in the fast heat to lead off the program. He placed third in his preliminary race in a personal-best time of 52.84 seconds, taking almost a second off his previous mark. It was good enough for a spot in the final behind the fastest qualifier Matt Temple's 51.79.

The Olympic qualifying mark set by Swimming Australia for the event is 51.70, meaning even Temple, who has already qualified in 200 butterfly, will also have to shave some time off his time in the preliminaries. Simpson would need to drop a further 1.14 seconds to be in consideration. 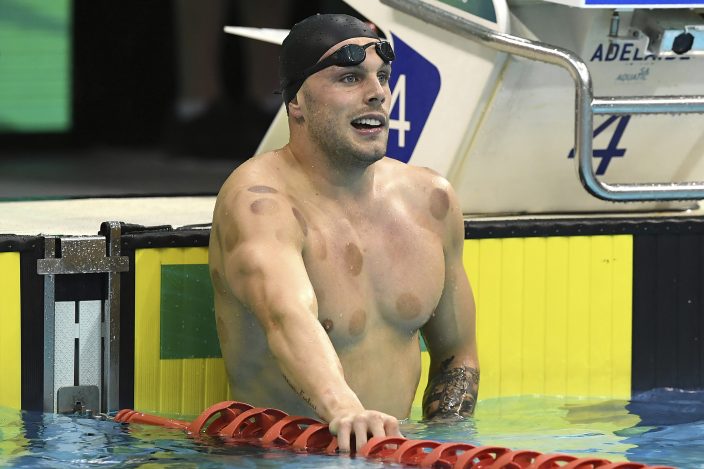 Kyle Chalmers looks on after swimming the Men's 100-meter Freestyle Heats at the Australian Swimming Trials for the Tokyo Olympic and Paralympic qualification at the SA Aquatic and Leisure Centre in Adelaide, Australia, Tuesday, June 15, 2021. Olympic champion Chalmers and singer Cody Simpson were listed side-by-side in the promotional billing for a documentary series series ahead of Australia’s Olympic swimming trials. (Dave HuntAAP Image via AP)

The 24-year-old Simpson was a talented junior who stopped swimming and became a global recording star. He made a serious return to swimming last year after more than a decade on the sidelines. His main target has been the 2024 Paris Olympics.

In the 200-meter women's backstroke, Emily Seebohm beat Australia’s latest world record holder Kaylee McKeown in the qualifying heats. McKeown on Sunday set a world record in the 100 backstroke, with Seebohm placing second to secure selection for her fourth Olympics. 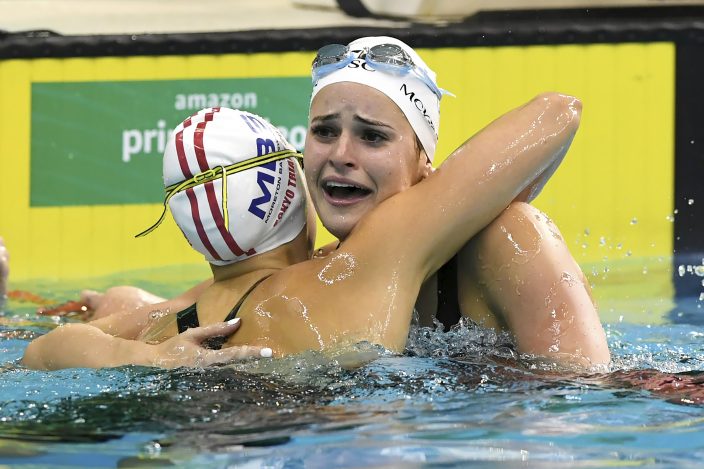 The Australian swim team for the Tokyo Olympics will be announced after the completion of Thursday's night program. 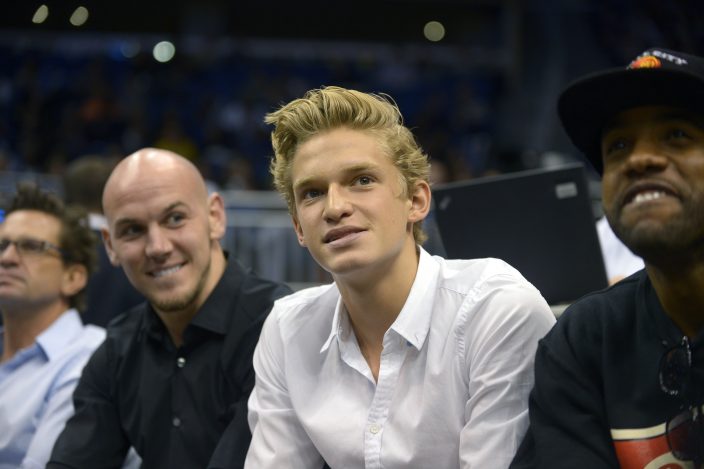 Singer Cody Simpson, second from right, watches an Orlando Magic game from his court-side seats during the first half of an NBA basketball game against the Toronto Raptors in Orlando, Fla., Thursday, Jan. 24, 2013. Simpson was dominating attention ahead of Australia’s Olympic swimming trials, until Maddie Groves pulled out of the six-day meet following a series of social media posts condemning “misogynistic perverts” in the sport.(AP PhotoPhelan M. Ebenhack)