Jose Altuve homered twice and made major league history by hitting a leadoff homer one game after belting a walk-off grand slam to lead the Houston Astros over the Texas Rangers 8-4 on Wednesday night.

Altuve, whose grand slam in the 10th inning Tuesday night lifted the Astros to a 6-3 victory, became the first player to launch a leadoff homer in the game after hitting a walk-off grand slam, according to STATS.

Altuve connected again with a shot to the train tracks atop left field with two outs in the eighth inning to extend the lead to 8-4 and give him his fifth career multi-homer game. Astros rookie Chas McCormick also hit two home runs for his first game with multiple homers on a night when Houston went deep a season-high six times. 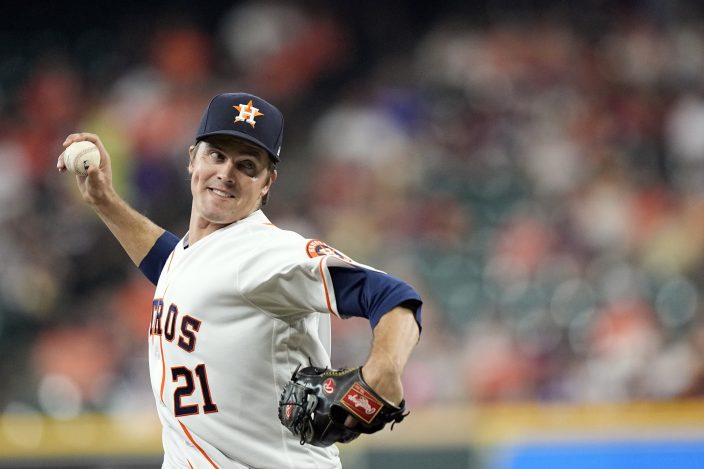 Altuve’s leadoff drive was one of a career-worst four homers allowed by Jordan Lyles (2-5) that put the Astros up 5-1 early. McCormick, Martín Maldonado and Myles Straw also connected off Lyles, who began his career in Houston.

McCormick's second homer came against Taylor Hearn in the sixth.

Houston starter Zack Greinke (7-2) permitted four hits and three runs in 5 2/3 innings to bounce back after allowing seven hits and four runs over three innings in a loss to Boston last time out, the shortest outing of his Astros career. 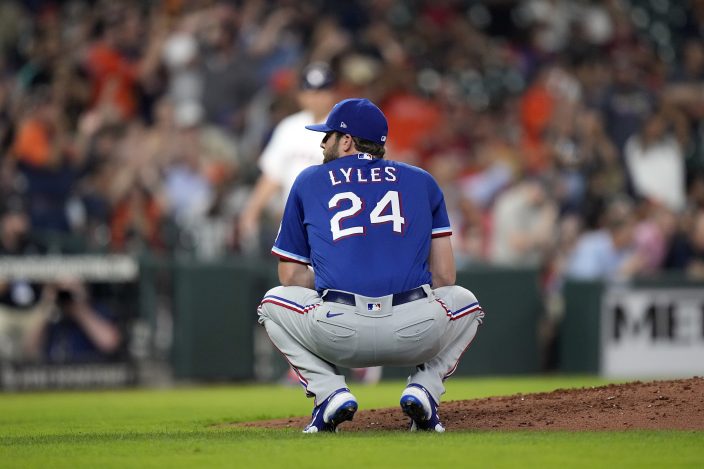 Houston played most of the game without third baseman Alex Bregman after he exited with a strained left quadriceps he injured running to first base in the first inning.

Lyles plunked Carlos Correa with one out in the second before McCormick’s home run to right field made it 3-0. Maldonado connected on his solo shot with two outs in the second and Straw hit his first home run of the season in the fourth.

Texas rookie Eli White hit the first two home runs of his career with solo shots in the third and seventh as the Rangers lost for the fourth time in five games. Nick Solak had a two-run single in the sixth that cut the lead to 5-3 before McCormick’s second homer. 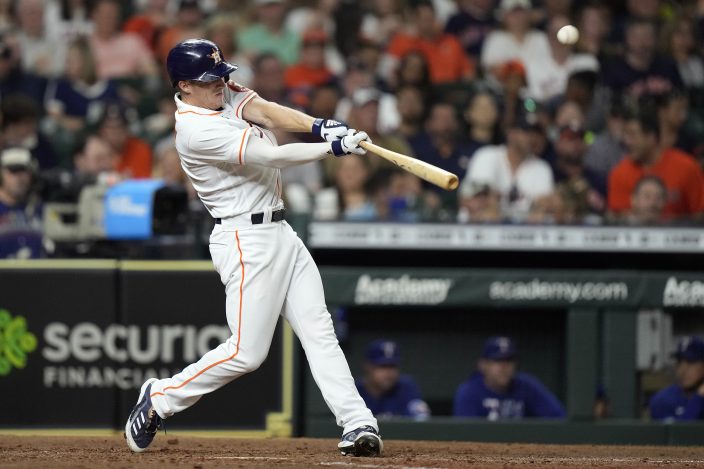 Rangers: RHP Ian Kennedy, who had been out since June 6 with a strained left hamstring, was activated from the injured list. LHP Hyeon-jong Yang was optioned to Triple-A Round Rock. 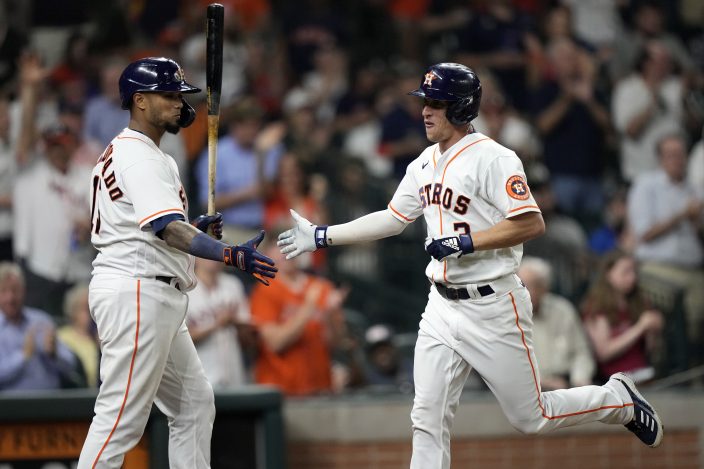 Houston Astros' Myles Straw (3) celebrates with Martin Maldonado after hitting a home run against the Texas Rangers during the fourth inning of a baseball game Wednesday, June 16, 2021, in Houston. (AP PhotoDavid J. Phillip)

Astros: OF Kyle Tucker was placed on the injured list because of health and safety protocols. INF Abraham Toro was recalled from Triple-A Sugar Land.

Rangers: Texas is off Thursday before Mike Foltynewicz (1-7, 5.48 ERA) starts the opener of a three-game series against Minnesota on Friday night. Jose Berrios (7-2, 3.49) goes for the Twins. 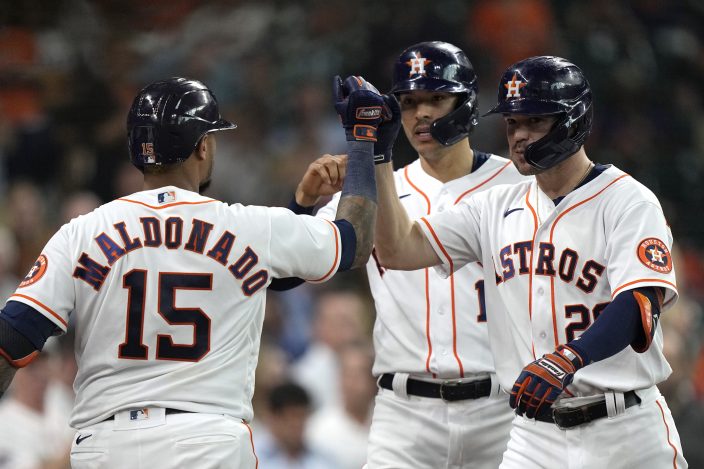