One of the first things Peter DeBoer wanted to change when he took over as Vegas Golden Knights coach 17 months ago was getting defensemen more involved in the offense.

It took some time. Now, the Golden Knights have more goals, assists and points from their blue line than any other team in the NHL playoffs.

“Our defense contributing offensively is something that’s been part of our foundation all year,” DeBoer said. “They’re a big part of our identity.” 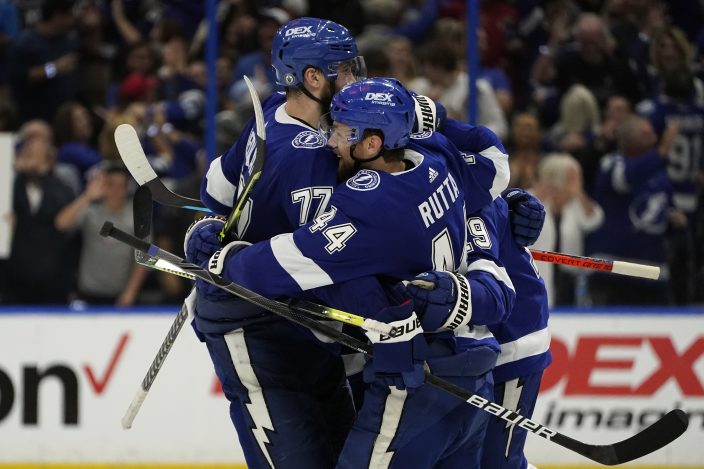 That identity does not belong to Vegas alone, and offense from the defense could determine which teams move on to play for the Stanley Cup.

If the Montreal Canadiens are going to hang with Vegas, they likely need more production from the blue line and better containment of the Golden Knights' talented group. The New York Islanders took a lead in the other semifinal thanks to a Game 1-winning goal from a defenseman, and the Tampa Bay Lightning responded with two goals from their blue line to tie the series.

Reigning playoff MVP Victor Hedman said he and his fellow Lightning defensemen wanted to “put an end to” the talk of being kept off the score sheet, and coach Jon Cooper expects more where that came from. 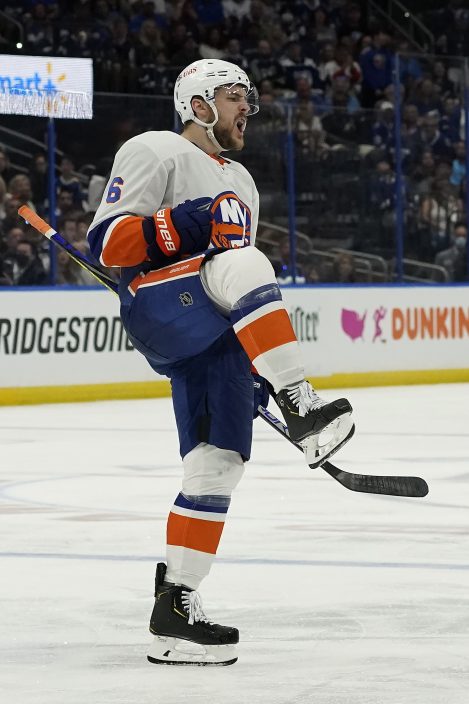 “I think it was just a matter of time,” Cooper said Wednesday. “We might be a couple games from now saying, ‘Holy cow, I can’t believe all the defensive scoring we’re getting.'”

Vegas defensemen have contributed almost a third of the team's scoring through 14 playoff games: nine goals, 28 assists and 37 points.

“The expectation is that it’s everybody,” DeBoer said. “We’re not saying just Shea Theodore or just Alex Pietrangelo. It’s all six guys that are in the lineup, whether it’s Nick Holden or Nic Hague. We’re asking you to be a part of that piece of our game. I think they’ve embraced that.” 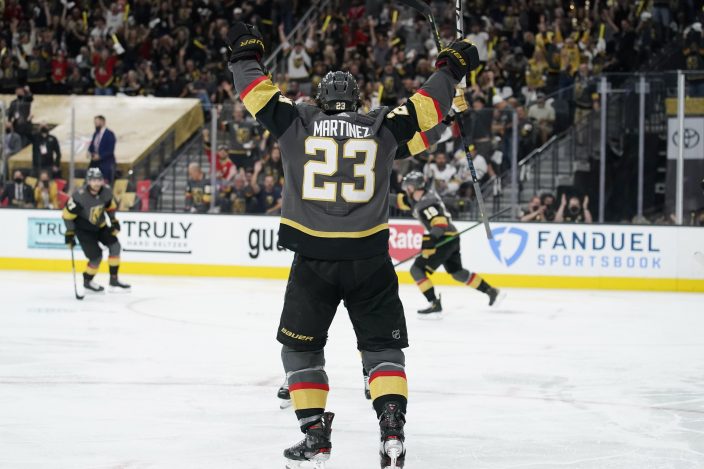 Zach Whitecloud believes the way Vegas breaks the puck out allows defensemen to jump into the play and get involved off the rush and in the defensive zone. From Pietrangelo and Theodore to Whitecloud, Alec Martinez and even Holden, the personnel help, too.

“We got six guys back there that are confident making plays and getting up in the offensive zone and contributing,” Whitecloud said. “That’s what our forwards need from us. They need us to put pucks in their hands and get out there and support them just as they support us in the D zone.”

It's a bit of a different expectation in Islanders coach Barry Trotz's system: Be responsible and then join in on the fun. Defensemen only make up 21.9% of New York's point production in the playoffs, but have three of nine game-winning goals. 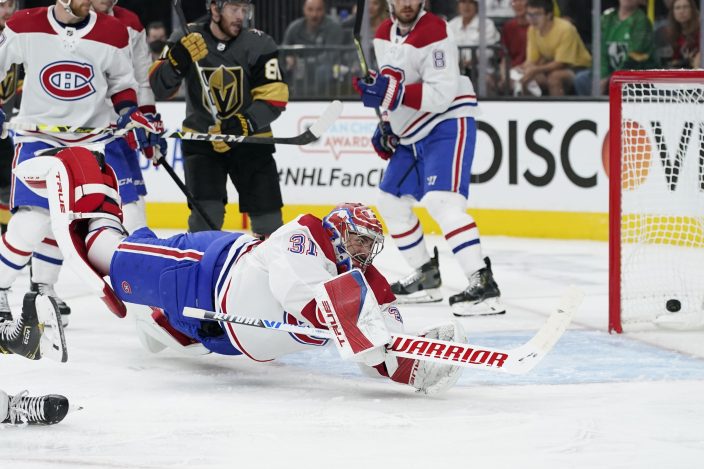 "They’re defensemen first, but when we have the puck, they’re supporting the attack," Trotz said. “I always require them to support the attack, and if they are able to contribute because they are supporting it, then we’re going to get some points from them.”

Tampa Bay had zero goals from defensemen this playoffs until Hedman and Jan Rutta scored in Game 2 against the Islanders on Tuesday night. That's a far cry from 17 during the 2020 championship run, though part of it is by design.

Cooper and newcomer David Savard said the game plans in the first two rounds against Florida and Carolina were built around understanding the goals would come mostly from forwards. If Game 2 against the Islanders was any indication, that could change on a dime.

“In our offensive system, we try and move guys around all over the place,” Cooper said. “Naturally just from the geographics of where guys are on the ice a lot of times, defensemen don't score as much. But for the most part, in my tenure here, we’ve really tried to have defensemen up in the rush, activate, move in the offensive zone.”

Montreal defensemen were responsible for only 13 of the team's first 76 points this postseason. Montreal takes a very old-school, defense-first approach to the position.

“You cannot just be thinking about jumping into the play,” coach Dominique Ducharme said. “Oftentimes you just need to be waiting for the nice time to be coming in and creating that offense and create those opportunities. But you cannot dig yourself a hole. You’ve got to be waiting for those holes to present to you and jump into those kind of situations.”

Those situations are many for the Golden Knights, who could ride their deep blue line into the Cup final. DeBoer calls defensive production a “work in progress,” and it is something that has been building since he got the job.

“This year, everybody, with another year under our belt (and) adding Pietrangelo back there, I think the concepts are a little more familiar and a little more comfortable,” he said.