When the European Championship was put on hold last year, Marcus Rashford spent his time lobbying the British government on child poverty rather than playing for England.

It’s been a year since the campaign that convinced Prime Minister Boris Johnson to perform an about-turn and continue providing free meals for kids.

Since then, calls with Johnson — and even former U.S. President Barack Obama — have become as familiar to Rashford as trying to score for Manchester United and England. 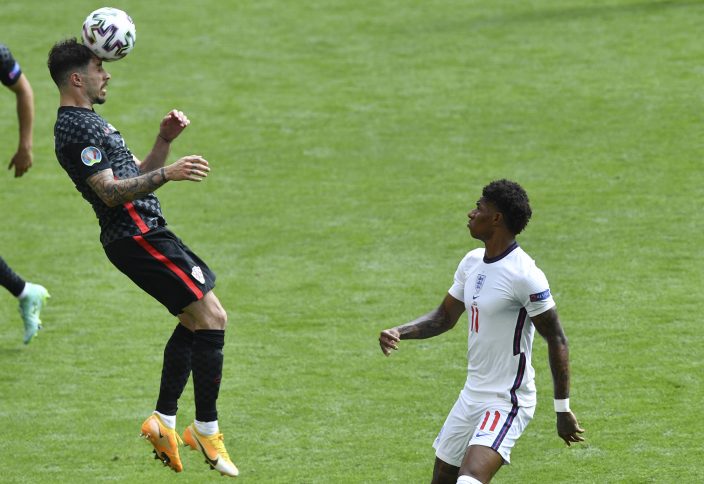 “I’ve enjoyed speaking to people like that, learning from them and taking what I can from the stories,” Rashford said ahead of England’s game against Scotland at Wembley Stadium on Friday. “I just try to do things in the right way, that’s it basically. It’s quite simple in my head because I’ve been doing that my whole life. So not much has changed in that regard.”

Apart, of course, from his new status as a role model and an influential societal campaigner who has cut across political lines. The focus now is still on doing what’s best for his country, but on the field at the delayed Euro 2020.

Not even his status as a national figurehead could earn a starting spot in the opening win against Croatia but Rashford did come off the bench and finish wearing the captain’s armband after Harry Kane was substituted. 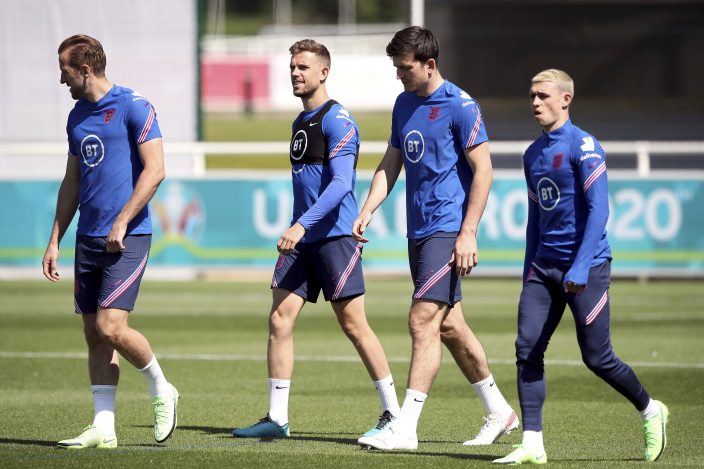 It’s a sign of the depth of options available to England coach Gareth Southgate that Rashford is a backup despite his 21 goals in 57 appearances for Manchester United last season.

“You have to be professional about it,” Rashford said at England's St. George's Park training base. “You want to play every game, it’s about your reaction to that. If you start sulking or not training properly it doesn’t have a good effect on the team.”

The 23-year-old Rashford has been playing through the pain barrier, with shoulder and ankle problems this season.

“It has been a while for me playing without the things that hold you back in some way,” Rashford said. "But it is the last push for this season.”

Another player who was part of the run to the semifinals at the 2018 World Cup entered England’s Euro 2020 camp with fitness problems — Rashford’s United teammate Harry Maguire.

The center back damaged ligaments in his left ankle in a Premier League match in early May when Aston Villa winger Anwar El Ghazi landed on him. Maguire only returned to full training last week, but said he was ready to start against Scotland.

“I think throughout a career in football if you didn’t play through pain you would probably spend more time on the sideline than you would on the football pitch,” Maguire said. “You can do as many rehab sessions as you like, but when you’re not playing that competitive football you can’t build that confidence, especially when it’s an ankle or knee injury.

“So it’s just about more training sessions and games in training, games whenever they come and the confidence will keep going.”

Beating Croatia has given England some breathing space in Group D, unlike in 1996 when it last played Scotland in the European Championship — also at Wembley — after drawing the opening game.

The Scots, who lost to the Czech Republic 2-0 on Monday, have never advanced from the group stage at a major tournament and this is their first since the 1998 World Cup. Scotland's hopes in London could be aided by Kieran Tierney if he is able to return in defense after missing the opener.

“They’ve got worldwide superstars all through their squad, so we’ll always be underdogs, but hopefully that will suit us," Scotland midfielder John McGinn said. “We’ve got a few wee superstars ourselves so hopefully we can play well and cause them problems.

“Kieran is one of the best fullbacks, left center backs in the world at the moment for me. We’ll see how he is towards Friday and hopefully he can help us on the night.”