Since 2012, Camden County on the Georgia-Florida line has doggedly pursued plans to build and operate the 13th licensed U.S. commercial rocket launch pad for blasting satellites into orbit. It's been a bumpy ride, with critics concerned that explosive misfires might threaten a protected barrier island popular with campers and possibly a Navy base entrusted with nuclear weapons.

The project came closer to fruition Thursday, when the Federal Aviation Administration issued its final study on Spaceport Camden's environmental impacts. The agency concluded that building the spaceport was its “preferred alternative,” as opposed to scrapping the project. That paves the way for a final decision in July on its license to operate a launch site. 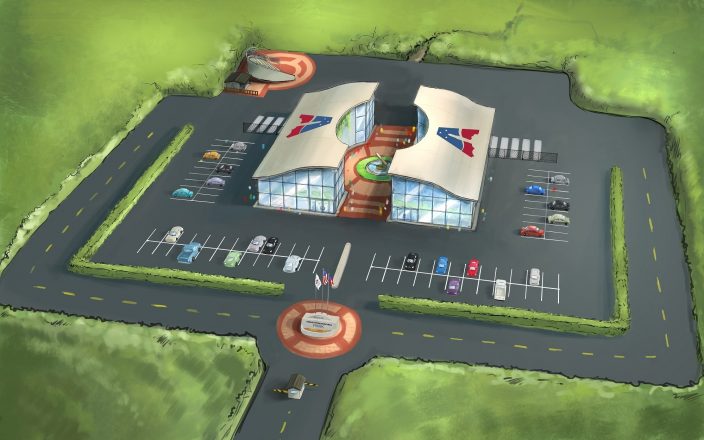 Even if approved, there's no guarantee the project will fire its first rocket anytime soon. Despite increased demand for commercial launches in the past decade, more than half of licensed U.S. spaceports have never held a licensed launch.

Regardless, Steve Howard, Camden County's government administrator, insists the community of 55,000 is seizing a “once-in-a-generation opportunity” not only to join the commercial space race, but to lure supporting industries and tourists.

“For us, it’s never been about the rockets. It’s about everything else," Howard said. “The rockets and the spaceport are a catalyst. What we want is everything else around it: R&D, manufacturing, payload processing, STEM programs, tourism.” 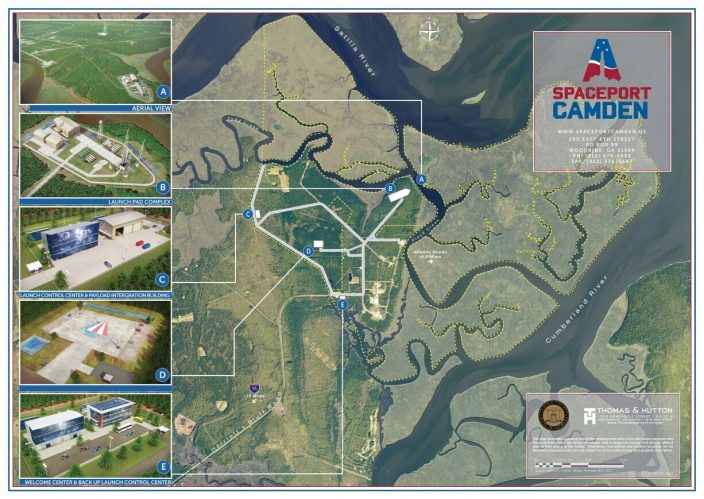 This artist's sketch provided by Spaceport Camden shows the area of the proposed Spaceport Camden in Camden County, Ga. Since 2012, Officials in Camden County have spent nine years and $10 million pursuing a license to operate the 13th licensed, private spaceport in the U.S. The FAA issued a final environmental impact study Thursday, June 17, 2021, and a decision on its license is expected next month. (Spaceport Camden via AP)

If the Federal Aviation Administration grants Spaceport Camden a license, the county plans to buy 4,000 acres (1,600 hectares) near the coast that during the 1960s was used to manufacture and test rocket motors for NASA.

Camden County would join 19 total U.S. sites available to launch commercial rockets. Five are U.S. government sites such as Cape Canaveral in Florida. Two private sites in Texas were built for the sole use of their owners, SpaceX and Blue Origin.

Camden County would join the remaining dozen, which are essentially launch pads for hire by companies with their own rockets. According to the FAA, seven of those sites — in Florida, Texas, Colorado and Oklahoma — have never held a licensed launch. 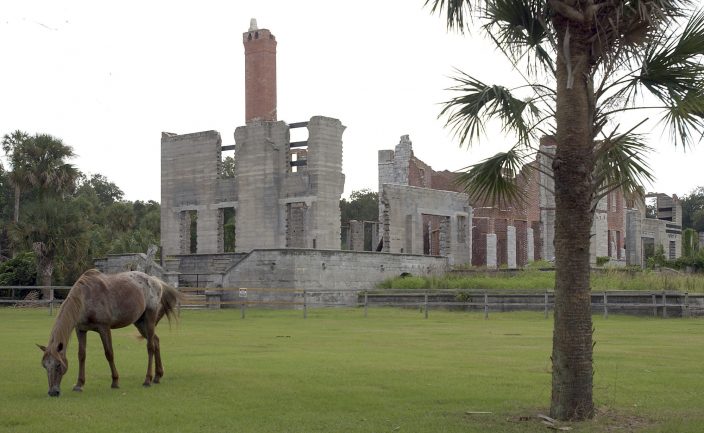 FILE - In this Sept. 20, 2008, file photo, a wild horse grazes next to the ruins of the Dungeness mansion in the south end of Cumberland Island in Camden County, Georgia National Seashore. Camden County on the Georgia-Florida line has doggedly pursued plans to build and operate the 13th licensed U.S. commercial rocket launchpad for blasting satellites into orbit. The Federal Aviation Administration expects to decide next month whether to license the proposed Spaceport Camden to operate as a launch site for hire. (AP PhotoChris Viola, File)

“Operators of active spaceports and launch providers expressed concerns that FAA is licensing sites that may never host a launch,” the U.S. Government Accountability Office said in a December report, “although other spaceport operators mentioned that the sites could be suitable for future operations.”

Opponents of Spaceport Camden contend it's in an unsafe location. Its launch path would send rockets over two barrier islands, Cumberland Island and Little Cumberland Island, about 5 miles (8 kilometers) to the east.

No roads connect either island to the mainland. Landowners and the National Park Service, which manages Cumberland Island, have said they're concerned failing rockets could explode and rain down flaming debris.

Stan Austin, the Park Service's regional director in Atlanta, wrote to the FAA on Dec. 10 that the spaceport plan carried “a significant risk" to Cumberland Island.

Wayne Monteith, the FAA's associate administrator for commercial space transportation, noted how close the launch site sits to the two islands in a 2019 memo that stated: “This is the closest population overflight ever proposed” for a spaceport license.

Spaceport Camden amended its license application last year, scrapping plans to fire medium-to-large rockets and saying it would instead stick to small rockets with maximum payloads of 4,400 pounds (1,995 kilograms).

Critics say those small rockets still have a risk of failure as high as 20%, citing figures from Spaceport Camden's application.

The U.S. Navy has also questioned whether there could be risks to Kings Bay Naval Submarine Base, a port for subs armed with nuclear missiles about 10 miles (16 kilometers) south of the proposed spaceport. John Hill, the assistant defense secretary for space policy, said in a letter last month that the military is willing to let the project move forward if certain conditions are met.

Howard said a risk analysis for Spaceport Camden determined the chance of death or injury from a rocket launched at the site “ranges from less than one in 10 million to one in a billion.”

“This has been very, very studied,” Howard said. “We’re confident that there will be no significant impact.”

Even if Camden County gets licensed to open a spaceport, any customer seeking to fire a rocket there would need a separate FAA launch license.

Some spaceports have never gotten that far, despite a big jump in commercial U.S. launches — from four in 2010 to 39 last year. There have been 31 so far in 2021, most of them by SpaceX.

“There are only a few industry players that are even capable of conducting launches, and they tend to find a site and stick with it,” said Michael S. Dodge, a professor in the Department of Space Studies at the University of North Dakota.

Dodge said he expects continued growth will eventually pay off for waiting spaceports.

The Georgia project may benefit from its design to launch rockets vertically, said Janet Tinoco, a business professor who studies spaceports at Embry-Riddle Aeronautical University in Florida. Those still awaiting their first launches were built for spacecraft that take off horizontally, like planes.

“It’s an emerging industry. There’s lots of risks and lots of uncertainty,” Tinoco said. “But I don’t think we’re getting ahead of ourselves.”