Ohtani (3-1) also drew two walks at the plate in another two-way performance for the Angels, who celebrated the Big A's return to full capacity with 30,709 fans watching their 15th win in 23 games.

Luis Rengifo and David Fletcher drove in early runs for Los Angeles, and Ward highlighted a five-run seventh by drilling a 418-foot shot to center field for his seventh homer of the season. 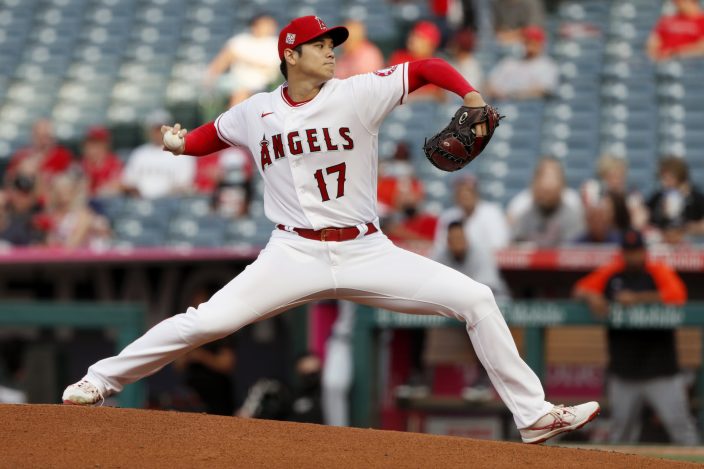 Jonathan Schoop homered off Ohtani in the sixth for the Tigers, whose three-game winning streak ended after they rallied too late against the Angels' struggling bullpen.

Ohtani was on again in his 10th mound start of the season, which matches his total during his AL Rookie of the Year campaign in 2018. The Japanese star struck out five and issued just one walk to the Tigers, who didn't get a runner to third base until Schoop hit his 12th homer in the sixth. 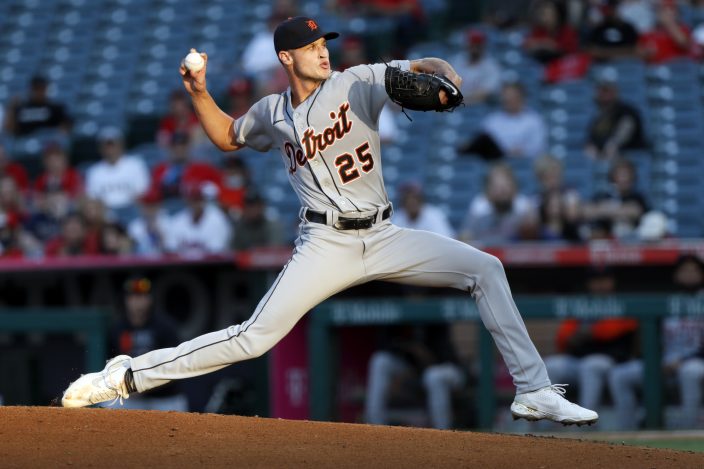 Los Angeles had a 7-1 lead heading into the eighth, but reliever Mike Mayers allowed four straight Tigers to reach base and didn't get an out while giving up three runs.

Raisel Iglesias got the final six outs, but he gave up two run-scoring hits in the eighth and allowed another run on a wild pitch in the ninth before finishing off his 12th save. 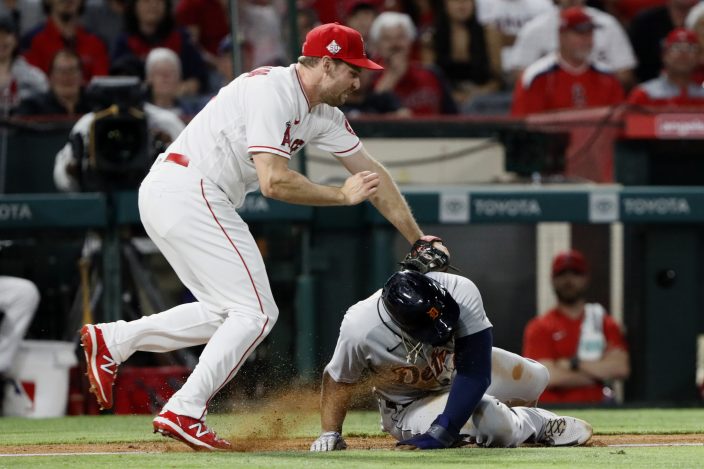 The 23-year-old Manning was the ninth overall pick in the 2016 draft out of high school in Sacramento, and the son of a former NBA player progressed steadily through the minors while becoming one of MLB's top pitching prospects.

His development stalled last season due to the coronavirus pandemic and a forearm strain, and Manning hadn't been particularly impressive at Triple-A Toledo this season with an 8.07 ERA and 11 homers allowed in his seven starts. But with a rash of pitching injuries and a desire to see what Manning can do at the highest level, the Tigers decided to promote him anyway.

Manning was largely sharp against the Angels, issuing two walks and striking out three. The Angels' only extra-base hit against him was by Kean Wong, whose hustle turned an ordinary single into a double in the second and kick-started a three-hit, two-run rally abetted by poor defense from Manning's teammates. 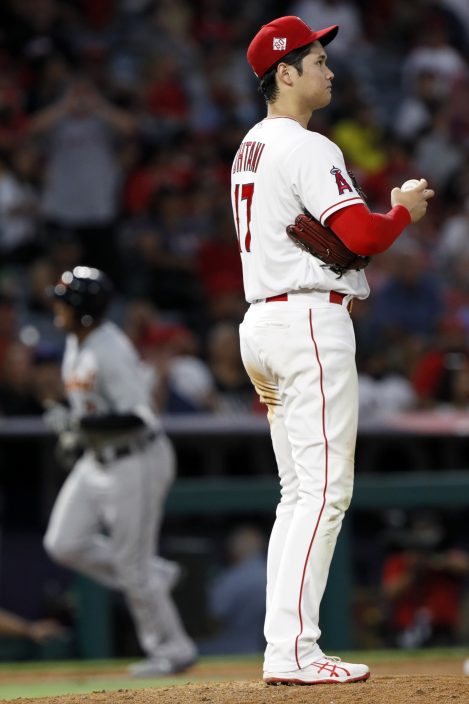 Rengifo made two big plays in the second inning of his first game back from Triple-A Salt Lake. A few minutes after the second baseman made a spectacular relay throw to get Akil Baddoo trying to stretch a double, Rengifo singled home the Angels' first run and scored the second on Fletcher’s single. 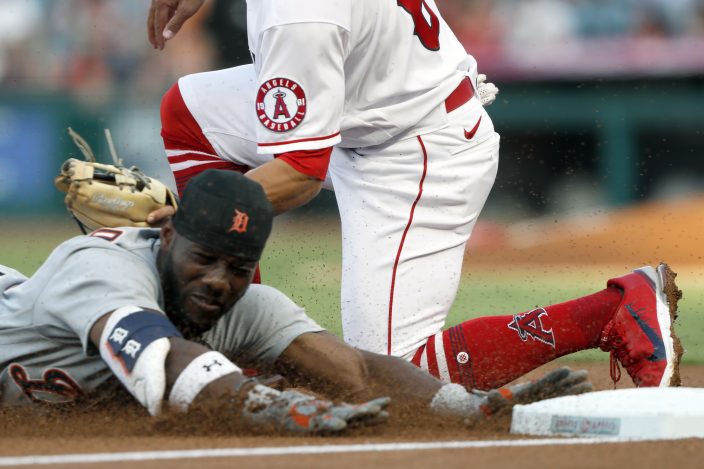 Detroit Tigers' Akil Baddoo, below, is tagged out at third by Los Angeles Angels third baseman Kean Wong while trying to stretch a double during the second inning of a baseball game in Anaheim, Calif., Thursday, June 17, 2021. (AP PhotoAlex Gallardo)

Tigers: LHP Matthew Boyd, who left his last start with an arm injury, will meet with Dr. Neal S. ElAttrache while Detroit is on the West Coast, manager A.J. Hinch said.

Angels: 3B Anthony Rendon (triceps) was out of the lineup for the third consecutive game, clearing the way for Rengifo to get a start.