By mid-afternoon, cell phones throughout the 858 area code were buzzing.

The third time one went off in the gallery behind him, Phil Mickelson stepped away from his tee shot at No. 13 — for the second time — and tried to keep the steam from blowing out of both ears. 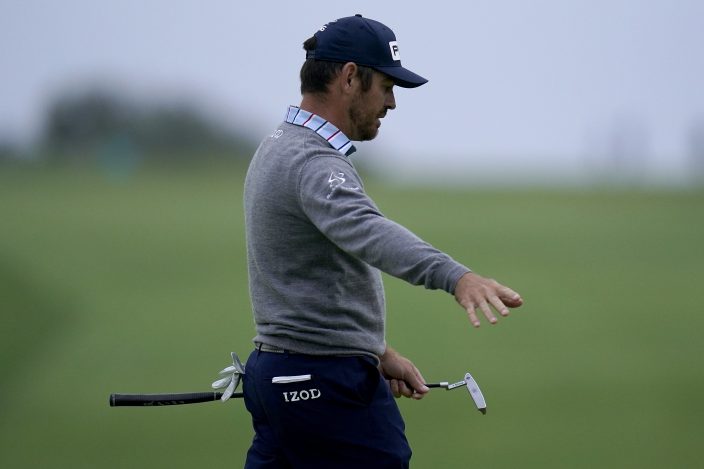 “Seriously?” he pleaded. “Can we get someone to help him?

Turns out Lefty could have used some help himself. He sent the ensuing drive into some rough stuff left of the fairway, made bogey there and signed for a 4-over 75 in the opening round of the fog-delayed U.S. Open at Torrey Pines. That left him eight shots behind surprise leader Russell Henley — and co-leader if Louis Oosthuizen is still 4-under after playing the remaining two holes of his opening round Friday morning.

Henley admitted surprising even himself. The last time he played the South Course, at the Farmers Insurance Open in 2014, he was 8 over through the first 15 holes and missed the cut by six shots. 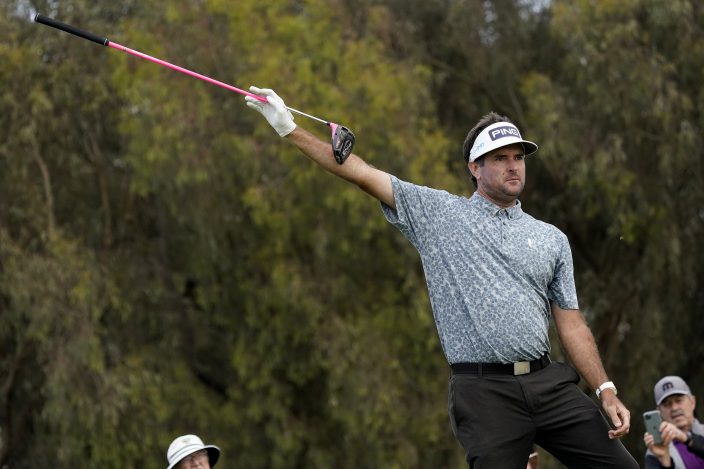 “I don’t really remember,” he said, “besides leaving the course feeling like I just got beat up.”

A lot of players felt that way by day’s end. Brooks Koepka was not among them. The two-time champion lived up to his “Big Game” nickname, posting a 2-under 69 that was his sixth straight round in the 60s at the major tournament billed annually as golf’s toughest test.

“I think a lot of guys make it more difficult than it needs to be,” Koepka said. “Just got to understand where the flag is, what you’re doing and where to miss it.” 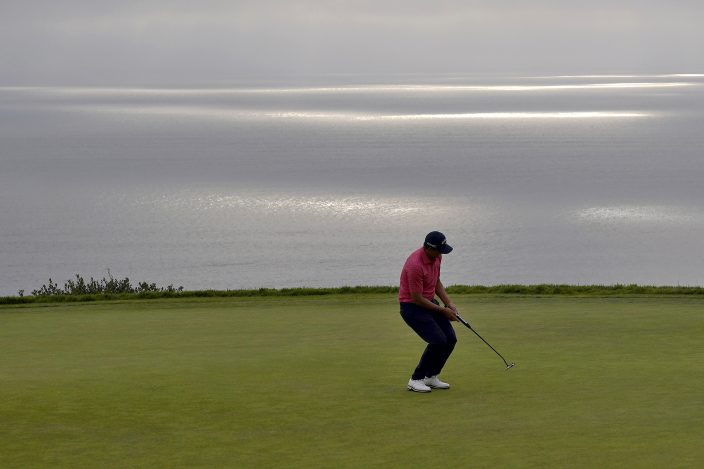 Christian Bezuidenhout, of South Africa, reacts to his missed putt on the fourth green during the first round of the U.S. Open Golf Championship, Thursday, June 17, 2021, at Torrey Pines Golf Course in San Diego. (AP PhotoGregory Bull)

That was decidedly easier for the golfers who drew morning tee times. Francesco Molinari and Rafa Cabrera Bella both managed to park 3-under 68s in the clubhouse before the winds picked up. By mid-afternoon, solid approach shots that landed just a few feet off-target wound up snarled in collars of thick rough ringing the greens or burrowed into sides of steep bunkers. Few of them handled the frustration with Koepka’s equanimity.

Former U.S. Open champion Webb Simpson stumbled home with a 79, but only because he birdied the last hole. Jordan Spieth shot 77. For others players, even reaching the greens was no guarantee of safe harbor. Max Homa four-puttied from 20 feet for triple bogey on No. 12 and three-putted for a double on No. 14 en route to a 76.

“There’s no tricks,” said Molinari, whose pandemic-delayed reunion with twin brother, Edoardo (1 under), was a smashing success. “You need to grind and fight for 18 holes and then relax until tomorrow and start over again.” 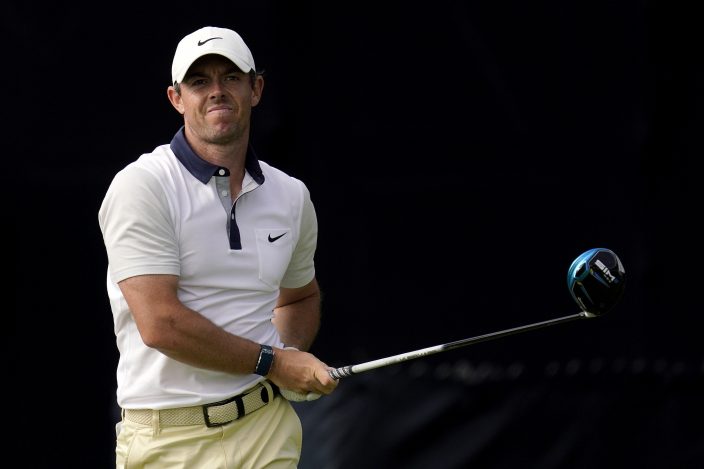 Rory McIlroy, of Northern Ireland, plays his shot from the seventh tee during the first round of the U.S. Open Golf Championship, Thursday, June 17, 2021, at Torrey Pines Golf Course in San Diego. (AP PhotoGregory Bull)

That will be easier for some rather than others. Defending champion Bryson DeChambeau had to play the final five holes in 2 under to salvage a 73. He won by overpowering Winged Foot last September, cutting corners with towering drives and carving short irons out of the rough.

Whether that style of play will be precise enough at Torrey Pines remains to be seen, but Rory McIlroy already sounded skeptical.

“I think as the course gets firmer, we just going to have to really dial it in,” he said after birding the 18th for a 1-under 70. “You might have 170 (yards) to a pin, but you’re really trying to land it like 160, 162. So it’s really about being aware of how firm the course is getting. We’ll just have to really concentrate on that.”

Roughly 40 players will wind up within four shots of the lead by the time Round 1 wraps, hardly surprising for a U.S. Open, where pars still come at a premium. But those with morning tee times were a lot more optimistic about their chances of staying in contention.

“Well, I’m looking forward to it,” said Jon Rahm, a pre-tournament favorite who shot 70 in the brisk afternoon winds. “Hopefully, it’s a little bit more moist greens in the morning, like they had today and we’ll be able to attack some of the pins, especially starting on the front nine.

“So hopefully, if it’s not too windy, and the weather conditions were like they were this morning,” he added, “we can get off to a good start and keep it going all day”