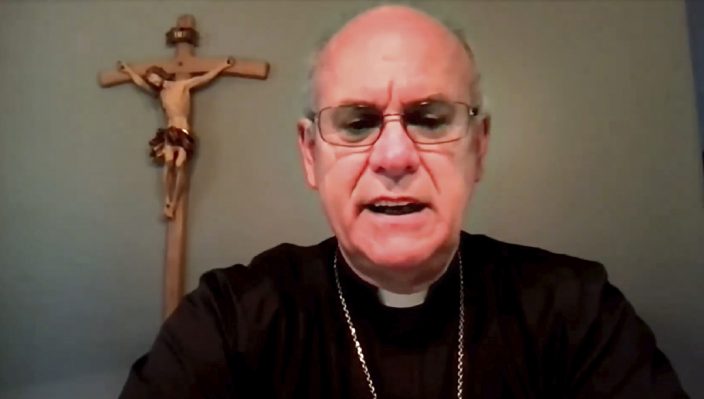 MIGRATION-GREECE-PUSHBACK — Around dawn one recent spring day, a dinghy carrying nearly three dozen people reached the Greek island of Samos from the nearby Turkish coast. Within 24 hours, the Turkish coast guard found the same group drifting in a life raft, but a Palestinian woman and her three children were missing. Days later, they appeared in Samos’ main town to apply for asylum. Their presence is one of the most tangible indications so far that summary deportations known as pushbacks, which Greece vehemently denies carrying out, are occurring. By Michael Svarnias and Elena Becatoros. SENT: 1,000 words, photos.

SUPREME COURT-HEALTH CARE-POLITICS — The Supreme Court’s latest rejection of a Republican effort to dismantle “Obamacare” is the latest sign that the GOP must look beyond repealing that law if it wants to hone the nation’s health care problems into a winning political issue. By Alan Fram. SENT: 990 words, photo.

IRAN-ELECTIONS — Iran begins voting in a presidential election tipped in the favor of a hard-line protege of Supreme Leader Ayatollah Ali Khamenei, fueling public apathy and sparking calls for a boycott in the Islamic Republic. By Jon Gambrell. SENT: 940 words, photos. With IRAN-ELECTIONS-EXPLAINER; IRAN-ELECTIONS-GLANCE; IRAN-ELECTIONS-CANDIDATES.

REPUBLICANS-CONSPIRACY THEORIES — Since Donald Trump left the presidency, events mounted nationwide by his supporters have morphed into a convention circuit of delusion centered on the false premise that the election was stolen — which a majority of Republican voters now believe. By Jill Colvin. SENT: 1,270 words, photos.

MILITARY-SEXUAL ASSAULT — Sen. Kirsten Gillibrand is on the brink of success in her years-long campaign to get sexual assault cases removed from the military chain of command. But getting over the finish line may depend on whether she can overcome wariness about broader changes she’s seeking to the military justice system. By Lolita C. Baldor. SENT: 1,060 words, photo.

LAS-VEGAS-DROUGHT-VERSUS-GROWTH — Record-breaking heat and historic drought in the U.S. West are doing little to discourage cities from planning to welcome millions of new residents in the decades ahead. From Phoenix to Boise, officials are preparing for a future both with more people and less water, seeking to balance growth and conservation. By Sam Metz. SENT: 950 words, photos.

VIRUS-OUTBREAK-INDIA-EXPLAINER — Starting Monday, every Indian adult can get a COVID-19 vaccine dose for free that was purchased by the federal government. By Science Writer Aniruddha Ghosal. SENT: 660 words, photos. With VIRUS-OUTBREAK-THE-LATEST.

CANADA-VACCINES — Canada’s National Advisory Committee on Immunization says people who got the AstraZeneca vaccine as their first dose should get Pfizer-BioNTech or Moderna for their second shot. SENT: 430 words, photo.

BIDEN-AGENDA — Biden is facing a formidable to-do list now that he’s back from his eight-day trip to Europe. SENT: 910 words, photos.

TROPICAL WEATHER — Forecasters predict a tropical system will bring heavy rain, storm surge and coastal flooding to the northern Gulf Coast as early as Friday and throughout the weekend. SENT: 240 words, photo, video.

ETHIOPIA-ELECTION — Ethiopians will vote in a landmark election overshadowed by reports of famine in the country’s war-hit Tigray region and beset by logistical problems that mean some people won’t be able to vote until September. SENT: 940 words, photos.

UNITED-NATIONS-INTERVIEW — The outgoing U.N. humanitarian chief warned that “the explosion” in needs for humanitarian assistance in recent years will keep getting worse until major powers tackle the root causes of hunger and desperation — conflicts, extremism, climate change, poor governance, corruption and violence, to name a few. By Edith M. Lederer. SENT: 950 words, photo.

NKOREA-US — North Korean leader Kim Jong Un orders his government to be prepared for both dialogue and confrontation with the Biden administration — but more for confrontation, state media reports, days after the United States and others urged the North to abandon its nuclear program and return to talks. SENT: 720 words, photos.

MYANMAR-JOURNALISTS — A court in Myanmar extended the detention of American journalist Danny Fenster for another two weeks, while the U.S. State Department urged that it be granted consular access to him. SENT: 490 words, photos.

OBIT-FRANK BONNER — Frank Bonner, who played a brash salesman with an affection for polyester plaid suits on the TV comedy “WKRP in Cincinnati,” has died. He was 79. By Television Writer Lynn Elber. SENT: 420 words, photo.