JERUSALEM — Israel says it will transfer around 1 million doses of soon-to-expire coronavirus vaccines to the Palestinian Authority in exchange for a similar number of doses the Palestinians expect to receive later this year.

Israel, which has reopened after vaccinating some 85% of its adult population, has faced criticism for not sharing its vaccines with the 4.5 million Palestinians in the occupied West Bank and Gaza.

The agreement was announced Friday by the new Israeli government that was sworn in on Sunday. It said it would transfer Pfizer vaccines that will expire soon, and that the PA would transfer a similar number of vaccines when it receives them from the pharmaceutical company In September or October. 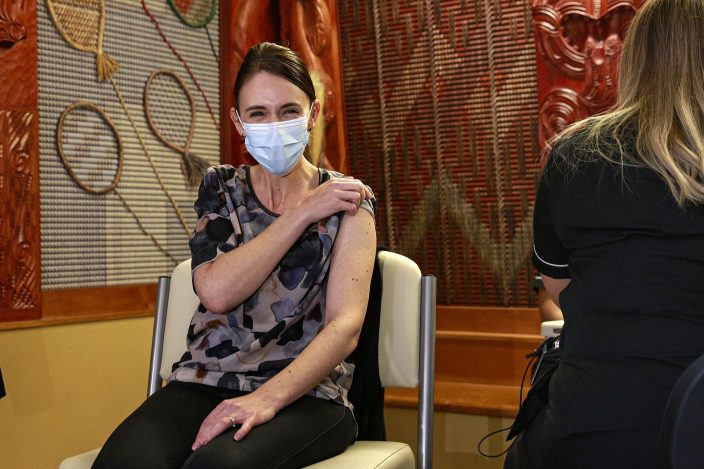 Israel has carried out one of the most successful vaccination programs in the world, allowing it to fully reopen businesses and schools. This week, authorities lifted the requirement to wear masks in public, one of the last remaining restrictions. 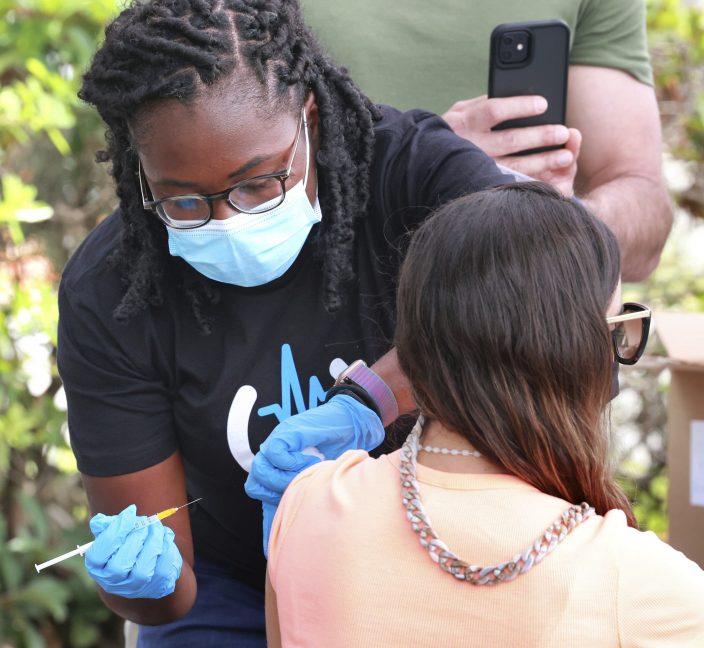 — Some in Washington seeking 9/11-style commission on coronavirus 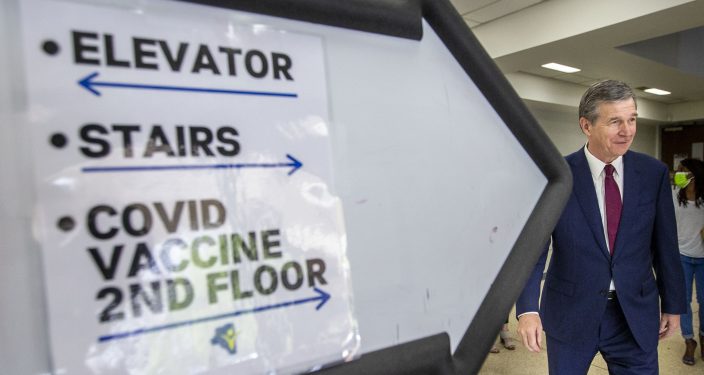 BERLIN — Germany’s health minister says the country has given a first coronavirus vaccine shot to more than half of the population. But authorities are urging people to remain cautious because of the prospect of the more contagious delta variant spreading.

Health Minister Jens Spahn said Friday that 41.5 million people -- or 50.1% of Germany's total population -- has received at least one vaccine dose. He said that 29.6% of the population is now fully vaccinated.

Germany has averaged more than 800,000 shots of vaccine per day over the past week. Spahn said it should be possible to offer everyone who wants to get vaccinated a shot “within a few weeks.”

But officials pointed to Britain’s experience with the delta variant, first discovered in India, as grounds for caution.

Spahn said: “The question won’t be whether delta also becomes the dominant variant in Germany and continental Europe, but … when and under what conditions.”

LAHORE, Pakistan — People in Pakistan’s most populated province are thronging COVID-19 vaccination centers days after Punjab authorities threatened to block cellphone service for those who refuse to get shots.

It was not immediately clear exactly when the provincial government will start cutting off phone service for people who won't get vaccinated.

The move in Punjab came after officials in Sindh province said they would withhold the July salaries of for government employees who do not receive COVID-19 jabs by June 30.

Officials said the positivity rate in Pakistan has dropped to less than 2%, indicated the country's third infection wave of the pandemic has peaked.

Pakistan has registered a total of 946,227 confirmed cases and 21,913 deaths in the pandemic since last year.

SACRAMENTO, Calif. — California workers who’ve been vaccinated against COVID-19 can unmask as the state relaxed its COVID-19 safety rules and planned Friday to unveil an electronic verification system that Gov. Gavin Newsom denies is a “vaccine passport.”

Regulators on Thursday approved revised rules allowing fully vaccinated employees the same freedoms on and off the job, including ending most mask and physical distancing requirements.

Newsom immediately issued an executive order waiving the usual 10-day legal review and allowing the changes to take effect as soon as they are filed with the secretary of state.

The rules apply in almost every workplace in the state, including offices, factories and retailers. They come after weeks of confusion as the California Occupational Safety and Health Standards Board flip-flopped over changes.

The measures now conform with general state guidelines that took effect Tuesday by ending most mask rules for vaccinated people. Employers can require workers to show proof of vaccination or allow them to self-report and keep a record.

Everybody still must wear masks on mass transit and in health facilities.

ATLANTA — Georgia officials say state health workers and others will participate in more than 370 community vaccination events between now and July 4th, trying to push up the state’s lagging rate of COVID-19 vaccination.

Georgia ranks in the bottom 10, per capita, for vaccinations, according to Centers for Disease Control and Prevention data.

Despite the low vaccination rates, Public Health Commissioner Kathleen Toomey says she remains hopeful that Georgia can reach 70% to 80% of the eligible population in coming months.

The state’s main coronavirus order will expire at the end of Monday instead of July 1, bringing an end to mandatory 50% occupancy limits inside restaurants, gyms and entertainment venues and at indoor events like weddings and funerals.

“Today is a day that we have all been looking forward to, as we can safely get back to normal day-to-day activities and put this pandemic behind us,” Whitmer, a Democrat, said in statement issued 15 months after she first signed emergency orders to control the coronavirus.

About 4.9 million residents, or 60%, of those ages 16 and older have gotten at least one vaccine dose.

State health officials said some virus orders will remain in place to protect vulnerable populations in prisons, long-term care facilities and the agriculture industry. Guidance for schools, where many students are not yet authorized to be vaccinated, will be issued next week.

OLYMPIA, Wash. — Washington Gov. Jay Inslee on Thursday announced a new COVID-19 vaccine incentive lottery for the state’s military, family members and veterans because the federal government wasn’t sharing individual vaccine status of those groups with the state and there were concerns they would be left out of a previously announced lottery.

The announcement comes after last week’s start of a lottery that has already had two drawings for $250,000 prizes, and also includes giveaways for college tuition assistance, airline tickets and game systems, among other prizes.

A final drawing in that lottery will be for a $1 million prize on July 13. Washington is among several states that created lotteries in hopes of increasing the pace of vaccination. The governor’s office believes the state is the first with a separate lottery for those who have been vaccinated at military locations.

WASHINGTON — There’s a push on Capitol Hill and beyond for a full-blown investigation of the coronavirus outbreak by a national commission like the one that looked into 9/11.

The proposal comes amid lingering questions over the government’s response to the crisis and the origin of the virus that has killed more than 600,000 Americans.

A bill introduced by Democratic Sen. Bob Menendez of New Jersey and Republican Sen. Susan Collins of Maine would establish such a commission.

The inquiry could include a look at the origins of the virus; early warnings and other communication with foreign governments; coordination among federal, state and local agencies; the availability of medical supplies; testing and public health surveillance; vaccination development and distribution; the uneven effect on minorities; and government relief policies.

Many are concerned politics will get in the way of any inquiry, as happened when Republicans came out against a commission to investigate the Jan. 6 attack on the Capitol by supporters of Donald Trump.

WASHINGTON — The U.S. Embassy in Afghanistan is locking down because of a massive spike in coronavirus cases among employees.

The embassy in Kabul already is on uncertain footing due to the imminent withdrawal of American forces from Afghanistan. Now the embassy is ordering staffers into virtual isolation to prevent the spread of COVID-19.

It’s already killed at least one person and sent 114 into quarantine. The embassy says in a notice to employees that most group activities, including work meetings and recreational gatherings, are banned.

The restrictions will remain in place until the chain of transmission is broken. Violators will be removed from the country on the next available flight.

This comes a year after spectators were banned from the Grand Slam event in New York because of the coronavirus pandemic. The U.S. Tennis Association made the announcement Thursday. The U.S. Open, held at the Billie Jean King National Tennis Center, is scheduled to start on Aug. 30.

The U.S. Open will be the first Grand Slam tournament to have full attendance since the Australian Open in January-February 2020, before the start of the pandemic. More than 700,000 people attended the two-week U.S. Open in 2019.

On Tuesday, New York Gov. Andrew Cuomo said many of the state’s remaining social distancing rules would be eased because 70% of its adults have received at least one dose of a coronavirus vaccine.

LONDON — The U.K. has recorded more than 10,000 daily coronavirus infections for the first time in nearly four months, likely the result of the spread of the more contagious delta variant.

The variant, which accounts for around 95% of all new cases in the U.K., is considered by government scientists to be between 40% to 80% more transmissible than the previous dominant strain.

The spread of the variant upended plans for the lifting of all restrictions on social contact next week. Instead, Prime Minister Boris Johnson delayed the easing by four weeks to July 19.

Most of the new infections are among younger age groups who have not received a vaccine. The U.K.’s vaccine rollout will be extended to all adults over age 18 on Friday.

WASHINGTON — The United States is devoting more than $3 billion to advance development of antiviral pills for COVID-19 and other dangerous viruses that could turn into pandemics.

The pills would be used to minimize symptoms after infection. They are in development and could begin arriving by year’s end, pending the completion of clinical trials.

Top U.S. infectious disease expert Dr. Anthony Fauci announced the plan Thursday at a White House briefing. Fauci says the new program would invest in “accelerating things that are already in progress” for COVID-19 but would also work to innovate new therapies for other dangerous viruses.

Several companies, including Pfizer, Roche and AstraZeneca, are testing antivirals in pill form.