Giampiero Boniperti, who was part of Juventus' famed ‘Magical Trio’ attack with John Charles and Omar Sivori, has died. He was 92.

Juventus and the Italian soccer federation said Friday that Boniperti passed away during the night, without giving a cause of death. Italian media reported that the former Italy captain died from heart failure.

Boniperti retired as a player in 1961 but returned to Juventus as president 10 years later. Under his stewardship, the Bianconeri won 16 trophies. 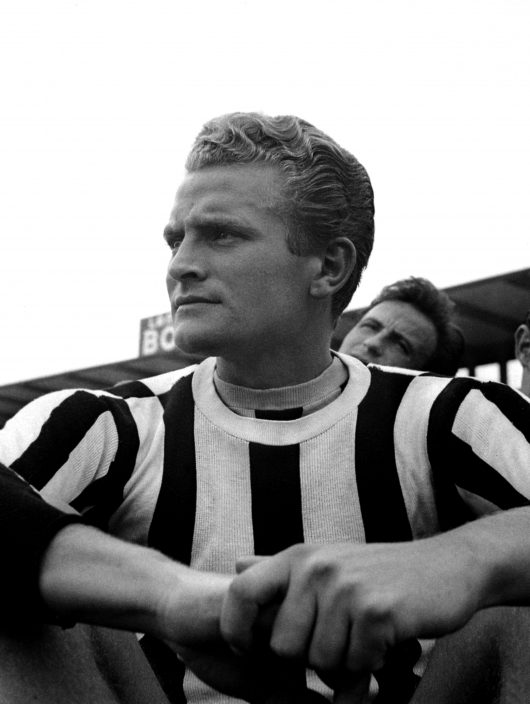 Juventus player Giampiero Boniperti is seen during a Juventus training in Turin, Italy, in this Aug. 18, 1950 photo. The Italian soccer federation announced Friday, June 18, 2021 that Boniperti passed away overnight at the age of 92. (Silvio DuranteLaPresse via AP)

“This is the news we never wanted to give you,” Juventus said in a statement.

“This emotion we are all feeling right now will not prevent us from thinking fondly of him, for everything our president was and will always be in Juventus’ life.”

Boniperti spent his entire 15-year playing career at Juventus, winning five Serie A titles between 1950 and 1961 and two Italian Cups. Together with Charles and Sivori, he formed ‘Trio Magico’ — one of the most famous attacks in Italian soccer. 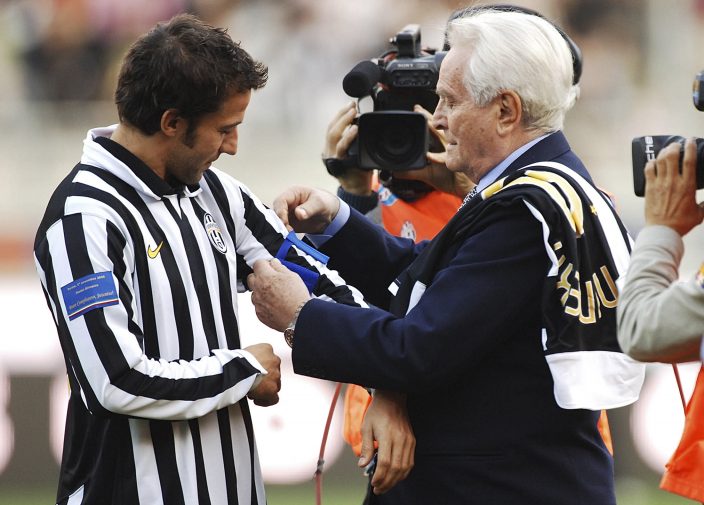 With 179 goals in all competitions, Boniperti was Juventus' highest scorer for more than 40 years until his record was beaten by Alessandro Del Piero in 2006.

Del Piero was one of many to post a message on social media as tributes flooded in.

“No one was Juventus like you, and no one will be,” he wrote on Instagram. “I owe you everything or nearly, as a player, and a lot too as a man. Because without Juventus, without your Juventus, I wouldn’t be who I am. 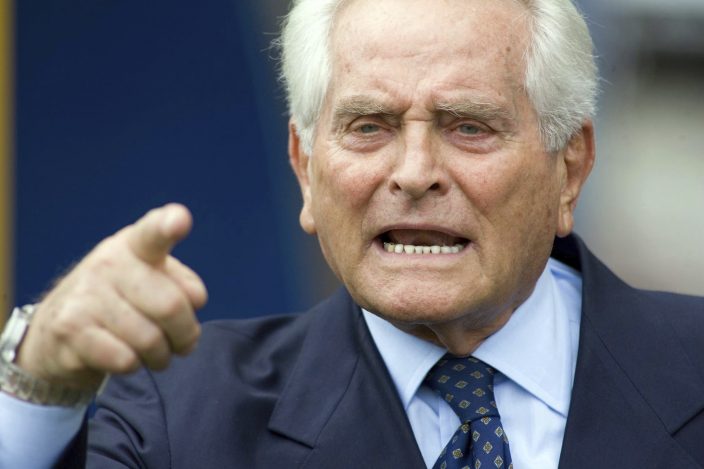 FILE - In this Saturday, Sept. 16, 2006 file photo, former Juventus president Giampiero Boniperti gestures during an Italian second division match between Juventus and Vicenza at the Olympic stadium in Turin, Italy. The Italian soccer federation announced Friday, June 18, 2021 that Boniperti passed away overnight at the age of 92. (AP PhotoAlberto Ramella, file)

“I will always be grateful and I hope I have managed to pay you back on the field and off the field, as you wanted.”

“The death of Boniperti is a great sorrow,” FIGC president Gabriele Gravina said. “An extraordinary player, a flawless director, one of the top symbols of Italian soccer has left us.

“His competence, his style and his determination taught us a lot, we will never forget him.”

Boniperti resigned as president in 1990 before returning the following year as a director. He was later appointed honorary president in 2006.

He was part of the celebrations to mark the inauguration of the new stadium in 2011.

“Winning is not important, but it is the only thing that matters,” he said in a speech from the center circle.