Andrey Rublev and Felix Auger-Aliassime showed good form ahead of Wimbledon as they reached the semifinals of the grass-court Halle Open on Friday.

Rublev beat 37-year-old German Philipp Kohlschreiber, the 2011 winner, 7-6 (4) 6-2 after losing in his last two tour quarterfinals on the Barcelona and Rome clay.

Rublev, seeded fourth, was the only seeded player among the eight quarterfinalists. It was the first time in the Halle tournament's 28-year history that only one seeded player reached that stage. 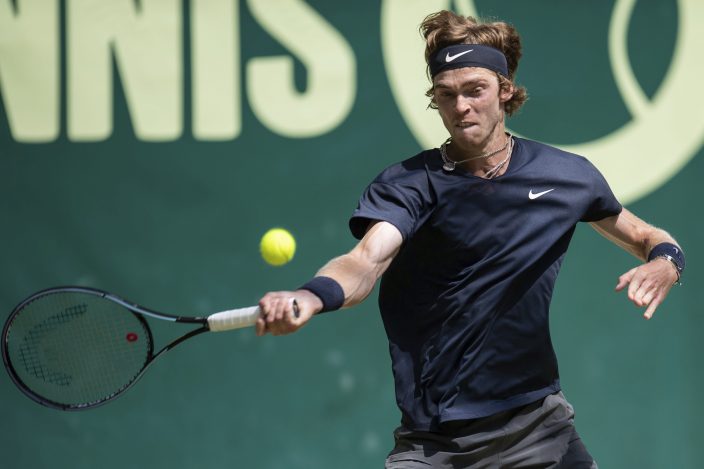 The Russian goes on to play Georgia's Nikoloz Basilashvili after he eliminated Lloyd Harris 6-4, 7-6 (5).

Up-and-coming Canadian Auger-Aliassime reached back-to-back semifinals with a 6-3, 6-2 win over U.S. qualifier Marcos Giron. Auger-Aliassime lost the Stuttgart final to Marin Cilic last week but responded by knocking out Roger Federer in the second round in Halle.