Axel Witsel will also play from the start in the game in St. Petersburg in Monday as Martinez looks to give three of his most important and experienced players some extra game time after their recent injury problems.

“Eden, Kevin and Axel will start against Finland because we need to see how (fit) they are and how long they can play," Martinez said. "And it’s an opportunity for us to stretch their match fitness to the maximum level.” 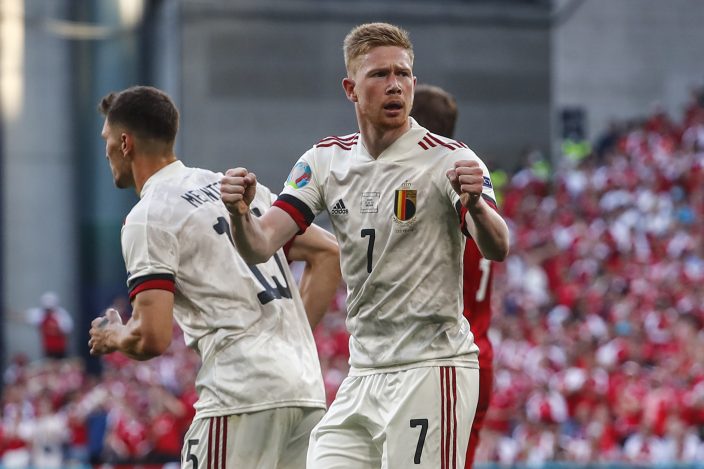 Belgium has already qualified for the knockout stage after wins over Russia and Denmark.

De Bruyne wasn't risked in the 3-0 victory over Russia while he recovered from fracturing his cheek and eye socket while playing for Manchester City in the Champions League final on May 29.

He came off the bench to set up a goal and then score himself in the 2-1 win over Denmark on Thursday. 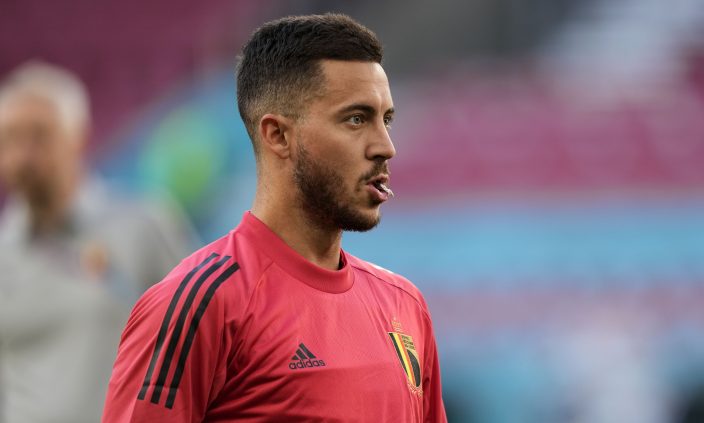 Belgium's Eden Hazard chews a gum during a team training session at Parken stadium in Copenhagen, Denmark, Wednesday, June 16, 2021 the day before the Euro 2020 soccer championship group B match between Denmark and Belgium. (AP PhotoMartin Meissner)

Hazard has had an injury-affected season with Real Madrid while Witsel has just returned to full fitness after rupturing his Achilles tendon in January. They both came on as substitutes against Denmark.

Wingers Nacer Chadli and Thorgan Hazard have “minor injuries,” said Martinez, who is also weighing up whether to start striker Romelu Lukaku for a third straight game.

“Everything will be down to where he is physically,” he said. "Of course, Romelu has got that mindset that he wants to play every game. And if that’s the case, that’s the best way to keep him fit.

“Football is not like a switch, where you switch it on and switch it off. We need to show a real good consistent way of working. And Romelu gets fit with matches.”

Martinez brushed off concerns Belgium could wind up playing a tougher opponent by finishing first in the group instead of second.

Finland and Russia are three points behind Belgium after two games.

“We need to try to win every game," Martinez said. "The reason is that it prepares you as a team and as a group of players.

“There will be changes against Finland … because of the needs that we have individually. But we’re not going to be thinking of trying to find an easy route.”