Not even with the Premier League’s top scorer could England find a way past Scotland.

Harry Kane never came close to scoring in the 0-0 draw between the two teams Friday at the European Championship.

The England captain looked as exhausted at Wembley Stadium while Scotland earned the point it need to still have a chance of advancement to the round of 16 at Euro 2020. Both teams had chances to score on a rainy night in London.

England defender John Stones hit the post with a header in the 11th minute, and Scotland forward Lyndon Dykes had a shot cleared off the line by Reece James in the 63rd.

For England, qualification for the round of 16 isn’t in serious jeopardy with the top two teams from each of the six groups guaranteed of advancing, along with the four best third-place teams. 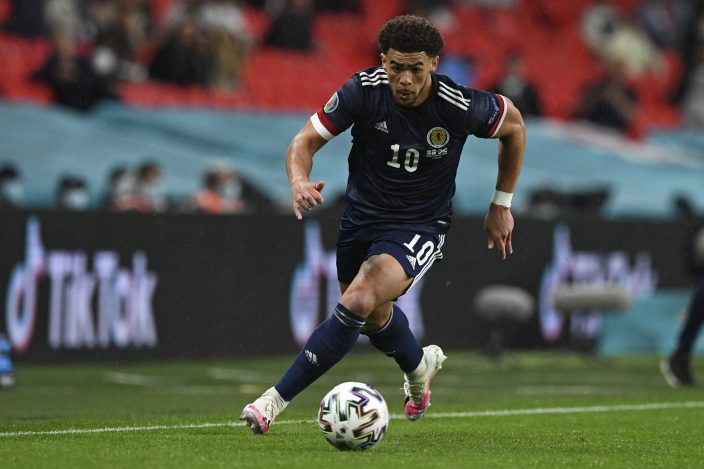 Scotland's Che Adams runs for the ball during the Euro 2020 soccer championship group D match between England and Scotland at Wembley stadium in London, Friday, June 18, 2021. (Justin TallisPool via AP)

England has four points in Group D, the same as the Czech Republic. The Czechs will be the next visitors to Wembley on Tuesday, while Scotland will face Croatia.

Emil Forsberg converted a 77th-minute penalty to give Sweden a 1-0 victory over Slovakia. 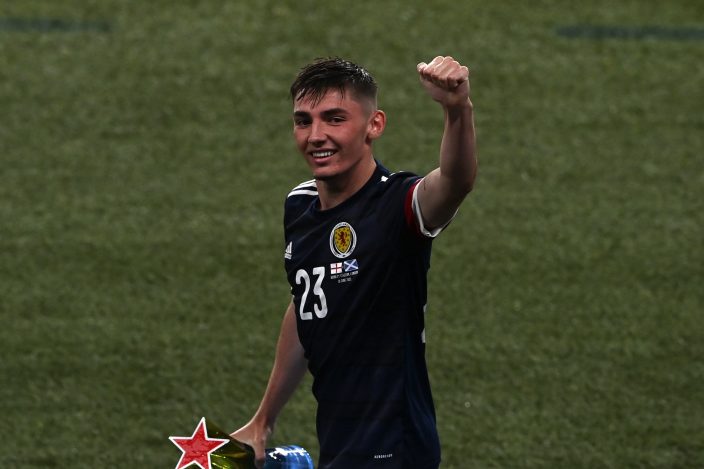 Scotland's Billy Gilmour waves to the fans after the Euro 2020 soccer championship group D match between England and Scotland, at Wembley stadium, in London, Friday, June 18, 2021. The match ended 0-0. (Facundo ArrizabalagaPool via AP)

Substitute Robin Quaison was brought down by Slovakia goalkeeper Martin Dubravka as he ran in on goal from Alexander Isak’s deft flick. Dubravka dived the correct way on Forsberg’s penalty but couldn’t keep it out.

In Spain, he is nicknamed “The Swedish Messiah.” 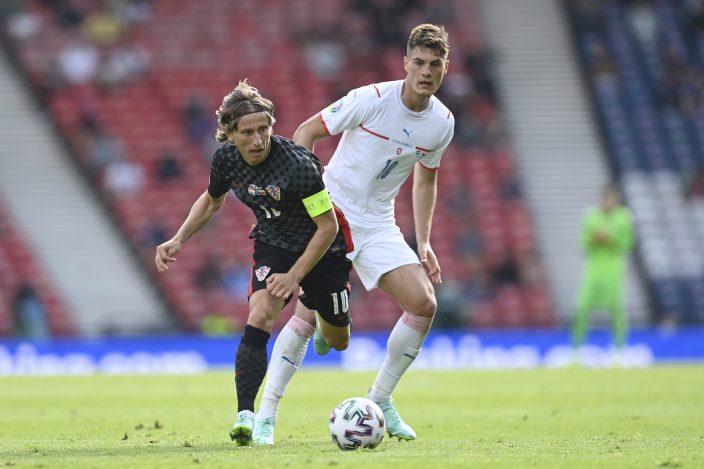 Croatia's Luka Modric challenges for the ball with Czech Republic's Patrik Schick during the Euro 2020 soccer championship group D match between Croatia and the Czech Republic at the Hampden Park stadium in Glasgow, Friday, June 18, 2021. (Paul Ellis, Pool via AP)

Sweden has four points in Group E, and that could be enough to advance to the round of 16. Slovakia has three points after opening with a 2-1 victory over Poland.

There was only one shot on target in the first half and the referee blew the whistle for halftime without any stoppage time. 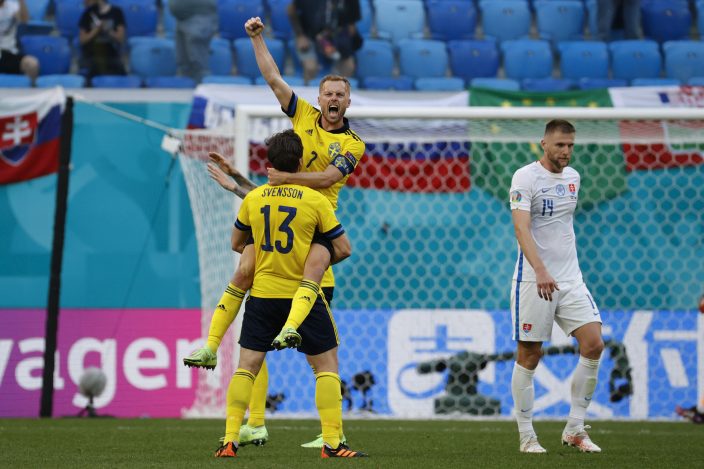 Czech Republic forward Patrik Schick scored from the penalty spot for his tournament-leading third goal in a 1-1 draw against Croatia.

Schick was awarded the penalty after being elbowed in the face by Croatia defender Dejan Lovren while both challenged for the ball in the air. The referee awarded the spot kick after a video review and gave a yellow card to Lovren.

Schick sent his penalty into the left corner of the net in the 37th minute.

Ivan Perišić then made sure to keep Croatia alive at the tournament. Andrej Kramarić won the ball in midfield and released Perišić, who skipped past right back Vladimír Coufal and volleyed past Czech Republic goalkeeper Tomáš Vaclík.

Both teams still have a chance to advance to the round of 16 from their final Group D matches on Tuesday. The Croats will next face Scotland at Hampden Park, while the Czechs will play England at Wembley Stadium.