On a day many football fans expected Harry Kane to shine at the European Championship, it was an Englishman playing for Chile at Copa America who managed to put the ball into the back of the net.

Born in Stoke, 22-year-old Ben Brereton scored Chile's goal in a 1-0 win over Bolivia on Friday. He plays for Blackburn Rovers, which competes in the Championship. His mother is Chilean.

Kane and his English team frustrated fans with a goalless draw against Scotland hours earlier. 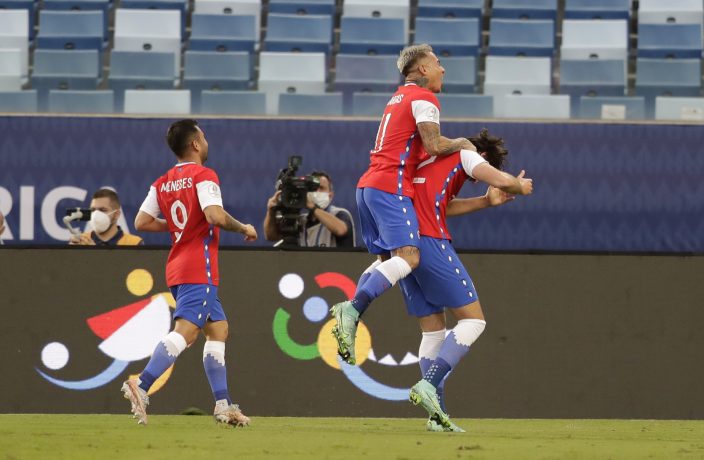 Brereton scored in the 10th minute after a Chilean counter, assisted by Eduardo Vargas. The English-Chilean striker looked at the skies and put his hands on his head in disbelief after scoring.

He could have gotten a second goal not long after with a header, but was stopped by goalkeeper Carlos Lampe, the man of the match with several saves. Brereton was substituted at halftime.

Spanish referee Jesús Gil Manzano officiated the match due to an exchange between South American soccer body CONMEBOL and its European counterpart UEFA.

Earlier on Friday, CONMEBOL suspended Bolivia's top scorer, Marcelo Martins, for one match for his criticism of Copa America organizers. He was also fined $20,000.

Chile will play Uruguay on Monday. Bolivia's next match will be on Thursday, also against Uruguay.