Billy Gilmour made his first international start against his team’s biggest rival at a major soccer tournament.

And he wasn’t fazed even a wee bit.

“I was ready,” the 20-year-old Scotland midfielder said Friday after helping his team hold England to a 0-0 draw at the European Championship. 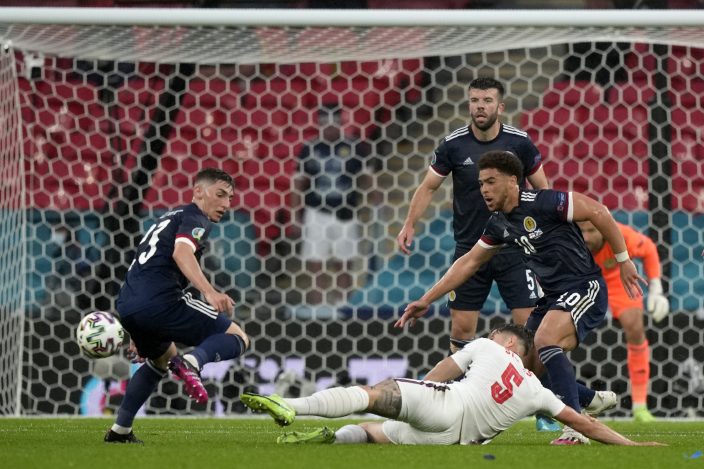 “I trained with the squad and all the boys have helped me settle in really well,” Gilmour said. “To come in and play against England my first game — so proud. Then to come here and do really well was even better.”

Gilmour was included in Scotland’s Euro 2020 squad before ever even playing a match for his national team. He made his debut as a substitute on June 2 in a friendly against the Netherlands, then came on again as a sub against Luxembourg four days later.

On Friday, playing at Wembley Stadium on the same field as Raheem Sterling, Harry Kane and many other big-name stars, Gilmour was named Man of the Match by UEFA. 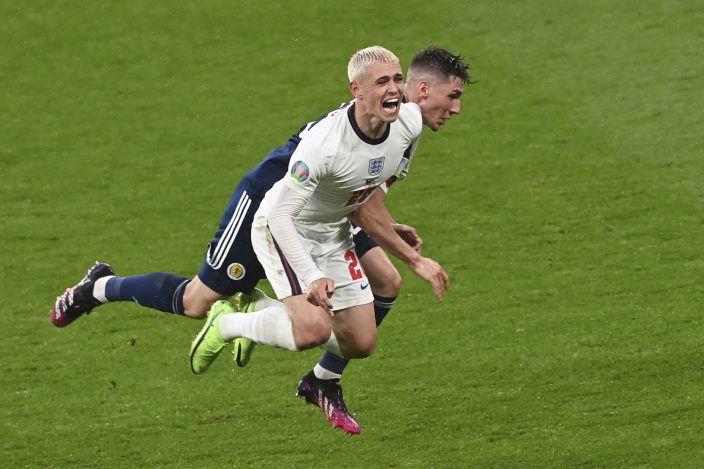 “We know what we have got in camp,” Scotland coach Steve Clarke said. “We try to manage him properly, keep a lid on things, and performances like that will do him no harm whatsoever.”

Gilmour is one of the most highly rated youngsters in the Premier League, making 11 appearances for Chelsea last season. He collected a Champions League winners’ medal last month but stayed on the bench throughout the final.

At Euro 2020, he again was an unused substitute in the team’s opening loss to the Czech Republic. That’s changed now.

“It was nice for Billy to get that start. A big platform, a big stage, a big player,” Clarke said. “I have said for a long time that he will be part of the future of Scottish football.”

Gilmour said he had an inkling he would be starting against England because he was involved in practicing set pieces. The good news came soon after.

“It wasn’t until actually we were coming to the game, the last meeting, we found out the team,” Gilmour said.

His parents already had tickets to the match, but he texted them to tell them he’d be on the field at the start.

Gilmour only turned 20 last week, on the opening night of the Euro 2020 tournament. On Tuesday, he'll likely be on the field again in Glasgow when Scotland plays Croatia at Hampden Park with a spot in the round of 16 on the line.

“Playing for my country," Gilmour said, “I’m so proud.”