Cedric Mullins homered twice and Thomas Eshelman pitched effectively into the fifth inning to help the Baltimore Orioles snap their eight-game losing streak with a 7-1 victory over the Toronto Blue Jays on Friday night.

Mullins had three hits, including a homer to lead off the bottom of the first and a three-run shot that capped a five-run eighth for Baltimore. Eshelman, called up from the minors to make this start when the Orioles put Bruce Zimmermann on the injured list, held the powerful Blue Jays without a hit until Lourdes Gurriel Jr. homered in the fifth.

Eshelman allowed three hits in 4 2/3 innings before being relieved by Tyler Wells (2-0). The Baltimore bullpen did not allow a hit until Cavan Biggio singled with two outs in the ninth. A crowd watches the fifth inning of a baseball game between the Baltimore Orioles and the Toronto Blue Jays, Friday, June 18, 2021, in Baltimore. (AP PhotoJulio Cortez)

This was Eshelman's first big league appearance of the year. He had a 6.41 ERA with Triple-A Norfolk.

The Orioles have dropped 19 games in a row on the road, but they were back at Camden Yards for the start of this series. Baltimore has won six of its last eight at home. 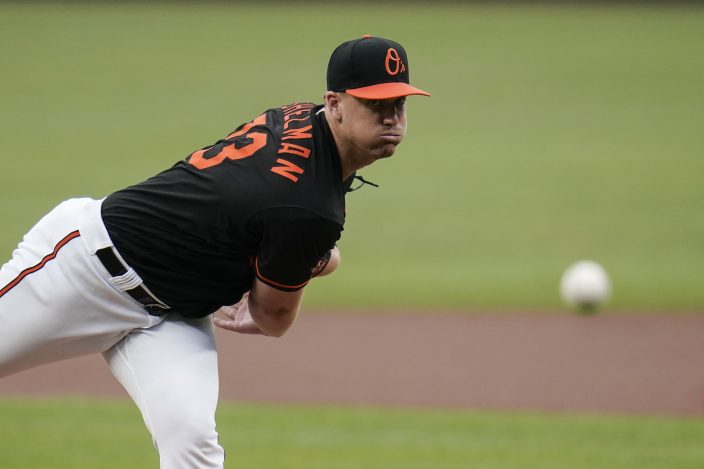 Robbie Ray (4-3) allowed two runs and six hits in 4 1/3 innings, his shortest start of the season. Austin Hays put the Orioles ahead 2-1 with an RBI single in the fifth that chased Ray.

Mullins came into the night trailing Toronto's Vladimir Guerrero Jr. by one for the American League's hits lead. He singled in the fifth to pass Guerrero, who went 0 for 4.

Freddy Galvis hit an RBI double in the eighth and scored on a single by Maikel Franco. Mullins went deep to make it 7-1, then took a curtain call as the Baltimore fans twirled orange shirts with his No. 31 on the them, which were given away at the game. 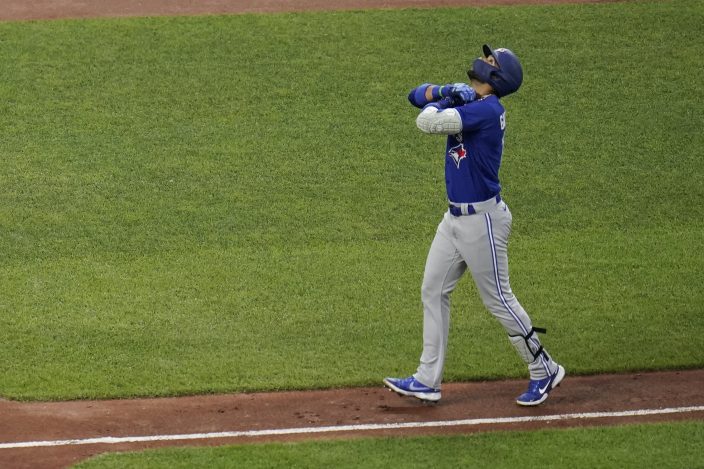 Orioles: Zimmermann went on the IL before the game with left bicep tendinitis. Manager Brandon Hyde said the team is being cautious and giving him time to rest.

Toronto sends Alek Manoah (1-0) to the mound Saturday for his fifth major league start. The Orioles counter with Dean Kremer (0-6).